You are at:Home»Latest»I enjoyed that today. For the first time in a long time. Bring on the Rangers

Up to the final whistle today I could count on one hand the number of times this season it’s actually been enjoyable to watch Celtic play.

27 September and a 3-0 home win to Hibs still stands out, as does the first half at least, but in truth the performance as a whole to hang on as a defensive unit, in the 2-2 draw in France against Lille in the Europa League should also be lauded. As should the 4-1 win against Motherwell at Fir Park in November that gave us all hope, as to an extent did the 3-2 return game against Lille at Celtic Park. All would ultimately prove false dawns as a season unravelled on the back of barely believable inconsistency. 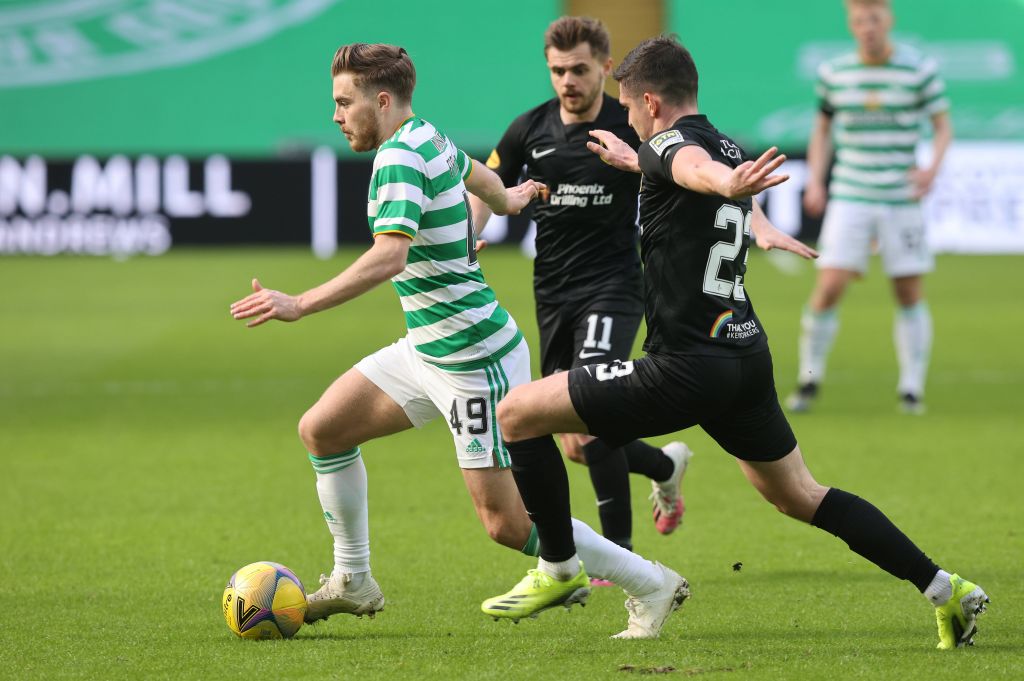 After that the winter of discontent and displeasure kicked in. Today however those winter skies parted at long last, and on the field the spring sun shone on a 90-minute Celtic performance – remember those – against a top six team, one we’ve generally struggled to get passed, even in tip-top form.

Celtic 6 – Livingston 0 has a fine ring to it as a scoreline alone. Alongside that result however came a fantastic, constantly probing and flowing display of attacking football, up against a side who matched us man for man on the day and one that was beaten by the sheer inventiveness, persistence and class that has been threatened since John Kennedy took over from Neil Lennon as Interim manager, and a game where the final result, at long last, mirrored the endeavour and tactical improvements that have been evident in recent weeks. 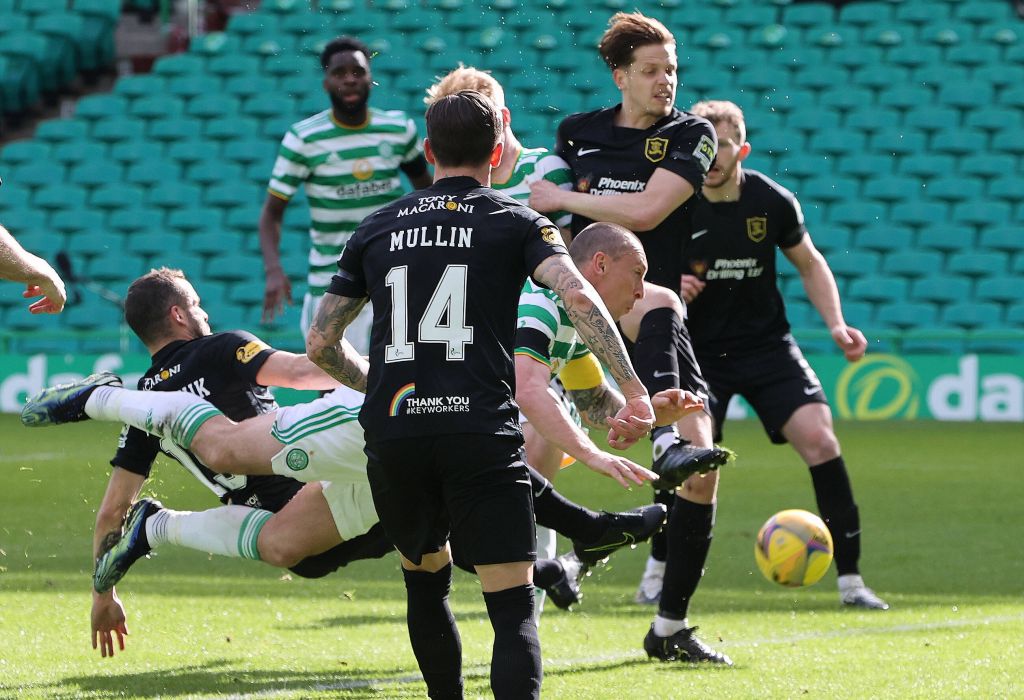 John Kennedy has been bursting to play this formation, but has been denied through a lack of right sided width. The front three of Moi Elyounoussi –who surely has convinced even the most ardent of doubters now – Odsonne Edouard who enjoyed being surrounded by confident and creative sidekicks, and the much maligned James Forrest, ably supported behind by the advanced David Turnbull shone as an attacking troupe, one that we can all hope –and it will be hope after Forrest appeared to pick up a hamstring strain – can be reunited for next week’s Scottish Cup tie with theRangers, in a tournament with huge historical consequences for Celtic as the Celts look for an incredible fifth consecutive cup win.

Today saw what stretching a defence with runners in behind and genuine width can do to a packed defence. The movement from the front was short and sharp, whilst behind the attackers, the full backs, and independent of having to supply both the defensive cover and attacking intent, looked far more comfortable in a supporting role. Indeed, both Kenny and Taylor looked far steadier with a man in front of them rather than simply open ground. 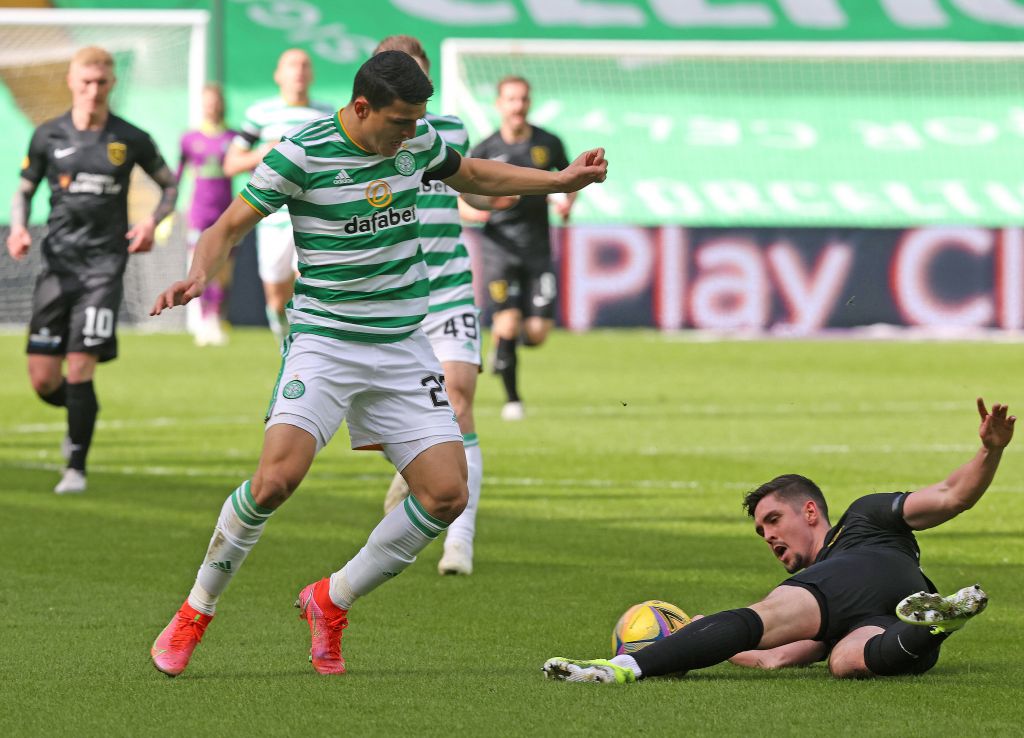 Callum McGregor looked fresh and energetic linking central midfield to attack as a spare runner, and even the deeper sitting Scott Brown enjoyed his best game of the season as he managed to venture forward on occasion, even forcing an error for a goal.

Meanwhile in central defence both Ajer and Welsh looked a real partnership, evidenced with the game goalless as Welsh covered for what seemed an out of step Ajer when Livingston’s Emmanuel Thomas found space in Celtic’s box. In the end Ajer stretched enough to close down his misjudgement only to see Welsh covering perfectly for his colleague had the big Norwegian not quite bridge the gap. Where has this defensive discipline been all season?

Scott Bain it should also be recognised had two excellent saves to ensure Celtic kept the fourth clean sheet of John Kennedy’s time in charge, a spell with only one goal conceded and with eleven goals scored in the five games he’s been in charge. It may be a small sample size, yet considering we’ve only conceded one goal from a set piece –our Achilles heel all season – and conceded nothing from open play, it really has been more than a mere steadying of the ship John Kennedy and his players have pulled off since Neil Lennon’s resignation, a feat that really should be acknowledged.

READ THIS..Elyounoussi May Be Playing Himself Into Celtic’s Summer Transfer Plans 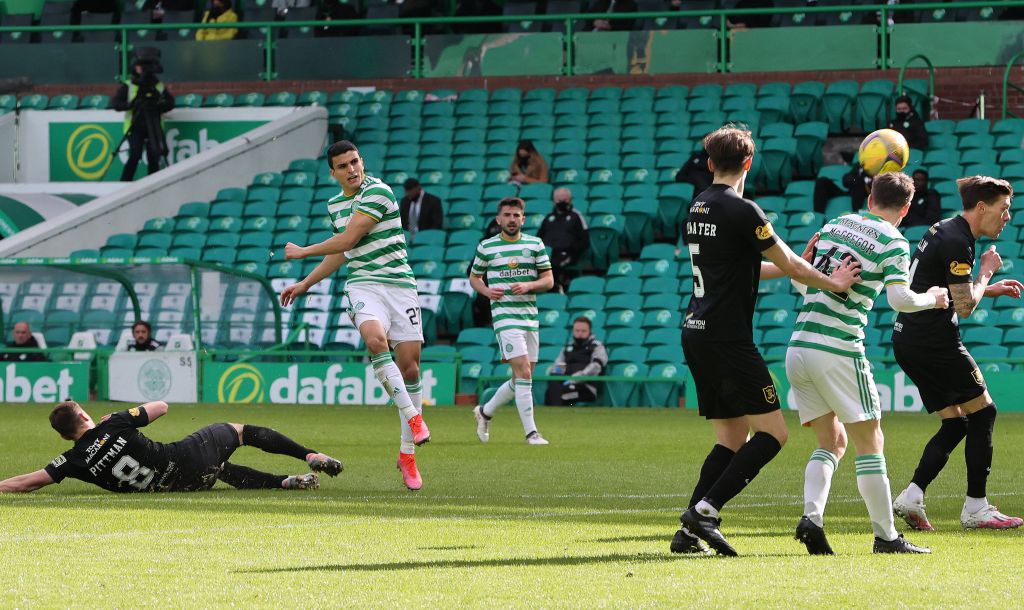 Moi Elyounoussi and James Forrest will get the plaudits today and so they should, but John Kennedy and his incrementally improving Bhoys all deserve an immense amount of credit. The team and the support head to Ibrox next week brimming with confidence, yet if nothing else it was a joy just to watch a team play the Celtic way this afternoon. It’s been a long, long time since we could say that.

Previous ArticleVideo: 10 April 1982, Celtic 2 Rangers 1 – Danny Crainie and Tom McAdam with the goals
Next Article “Make us proud of you, Celtic,” says David Potter, “I am confident that if we play anything like as well as we played today, we will win”