You are at:Home»Latest»‘I got a bottle of champagne and congratulations,’ Celtic’s breakthrough Bhoy

EWAN HENDERSON got his first start for Celtic in our last home game, the 4-1 win over Motherwell. He picked up the Man of the Match award in that controversial game that was tarnished by the manner in which ‘The Stealmen’ got their goal – but so much has happened since that Sunday afternoon in Paradise that it all seems so long ago.

The teenager has been looking back on everything that’s gone on in an interview with the new edition of The Celtic View which is out today. And he certainly couldn’t have predicted that the manager who gave him his first starting appearance in a Celtic jersey wouldn’t be around the club for very much longer.

But that’s football and it certainly hasn’t taken away from the excitement or the pride that Henderson has having broken into The Celtic first team against Motherwell and then starring in the crucial win against Hearts at Tynecastle, where his brilliant pass set up the opening goal.

“It’s been a really good few weeks as it’s been good to get a chance to play with the first team,” young Ewan said.

“It’s great to train with the boys, because it allows you to learn how they play, how they move and how they operate both on and off the pitch.

“Doing that every day helps me develop and they’ve helped me a lot, and have helped me to get where I am today.” 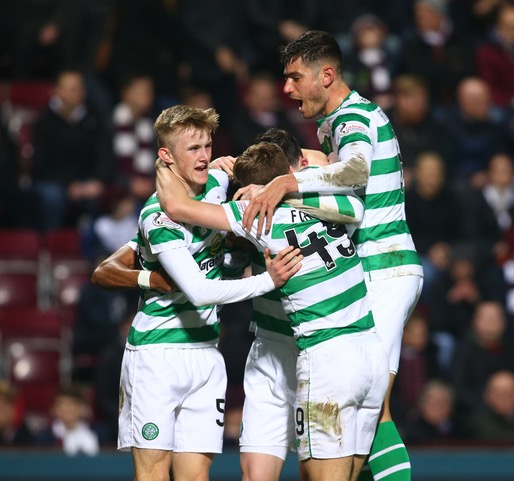 The 18 year old also spoke about the build-up to the game after learning that he’s be starting against Motherwell.

“I was actually OK the evening before, I got a good sleep. I felt really prepared before the game, it was good. On the bus on the way there, the other players just told me to play my usual game.

“They said if I was able to do that, I’d be fine. The first 10 minutes of the Motherwell game, I thought I was poor. I wasn’t really keeping the ball for the team.

“I managed to get a little more into the game after that, and I thought I did alright. As you might expect, Scott Brown is really good at talking to everyone on the pitch, but so are all of the players.

“I didn’t even think about my performance or the thought that I might have picked up the Man of the Match award, I didn’t find out until after the game when I spoke to the media inside the tunnel.

“I don’t mind that part of it, I got a bottle of champagne and all the boys came around me in the dressing room to congratulate me. It was nice.”

Here’s some more details on this week’s Celtic View…

???? Neil Lennon’s back in this week’s @CelticView…