You are at:Home»Latest»‘I have to stay fit and I’ll train well this week to be ready for Cluj,” Jullien

CHRISTOPHER JULLIEN made his competitive debut for Celtic in Tallinn last night, as Celtic strolled past Estonian Champions Nomme Kalju to reach the third round of the Champions League qualifiers, where they will play Romanian Champions CFR Cluj.

The £7million signing from Toulouse will drop out of the Celtic side at the weekend, when the league campaign gets underway at home to St Johnstone. Jullien carries forward a one match domestic suspension from his last season in Ligue 1 and he’ll be joined in the ‘sin-bin’ by his central defensive partner from last night – Jozo Simunovic who was reported to the SFA by the Swiss FA after he was sent off, via a VAR decision, in the pre-season friendly in Switzerland earlier this month. 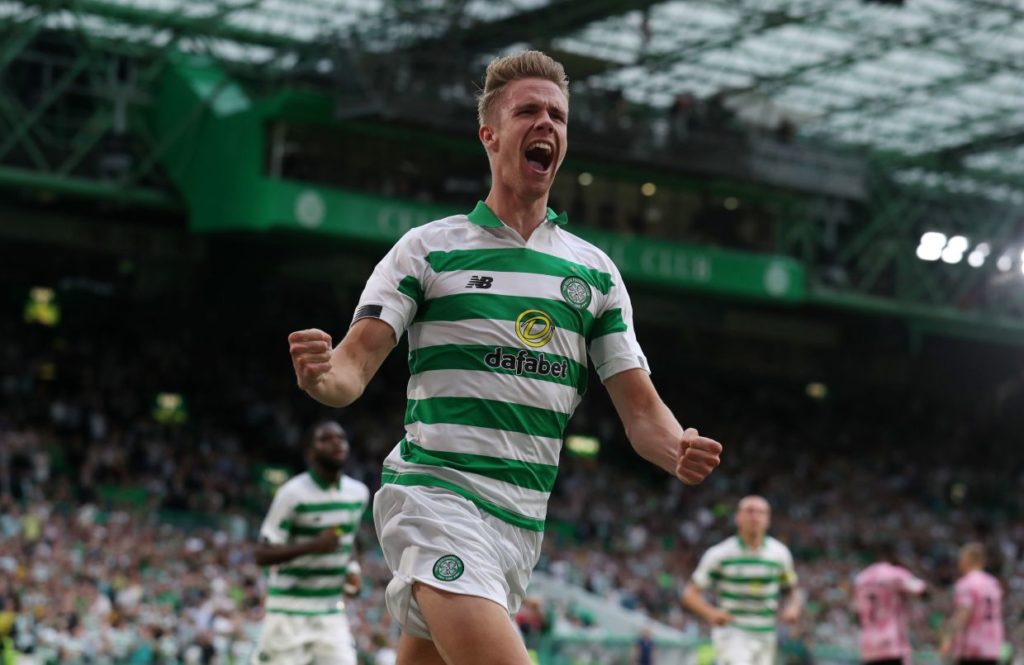 That probably means Kris Ayer, who was rested last night, will play alongside Nir Bitton in the heart of the Celtic defence and we could see a debut from another new Bhoy, Hatem Abd Elhamed who wasn’t registered with UEFA in time to play last night. Hatem, who the Celtic players have nicknamed ‘Big Tam’ after Tommy Gemmell (that’s quite a compliment) should play at right back but could be used as a central defender given the suspensions, allowing Anthony Ralston to continue in the side after doing well in Estonia.

The French giant impressed his manager last night, who noted that Jullien is going to be a threat at set-pieces this season. Delivery from the likes of Christie and Griffiths to the big man should produce a decent return in goals scored and he was unfortunate not to get one last night, going close on a couple of occasions.

Jullien was pleased with his competitive debut and was happy to look forward to the next round in Romania.

“It’s going to be a big game and it’s a team that plays in the Champions League a lot, so we know we’re going to have to a good job but I’m really confident about this team,” Jullien said.

“We have a lot of good talent and staff and we need that Champions League to show to the world that we have the team to play in this competition and I’m really confident, so we’ll see on the pitch. 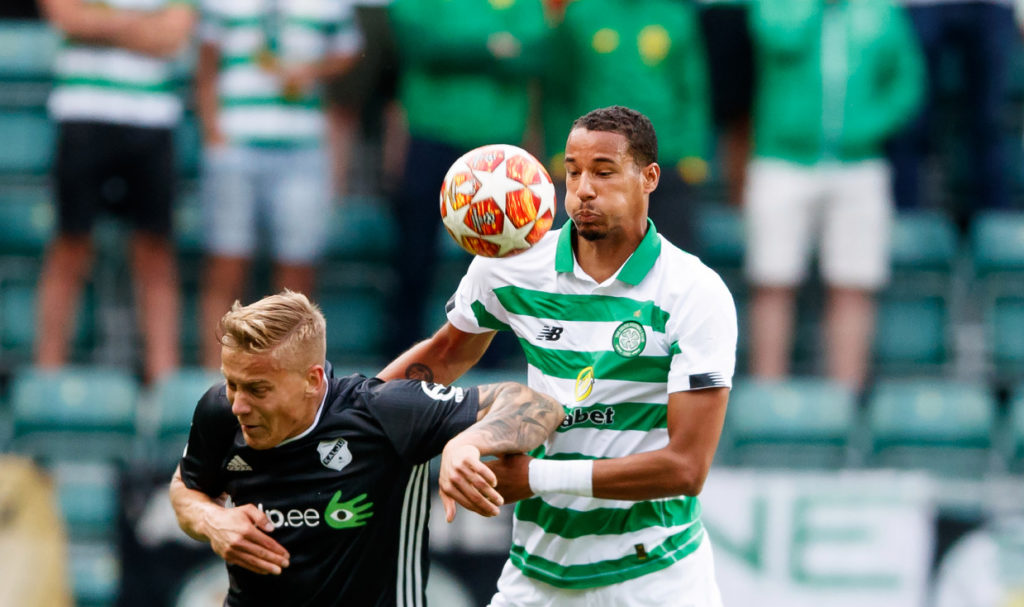 “It felt great to make my debut and get a win and keep a clean sheet. Everything is good and it was a good game from the team. We really enjoyed it on the field and moved the ball well and everything was fine. I talked a lot with my team-mates on the field, so it was a great night,” Jullien said, as reported by Evening Times.

“I was just happy to start my big debut for Celtic because when you’re new and play in the position of central defence then you need to know everything about your team-mates. It’s a position where you have a lot of responsibility, so it was a good feeling. I’ve worked a lot since I’ve been here, and everything has been fine so I’m really happy.

“I arrived really late into pre-season, so I have to get into shape and be competitive and learn what my team-mates can and can’t do. It’s very important and when you have talent like we have then they make you comfortable on the field and I could feel it.”

The big man also explained why he’ll be suspended for Flag Day at Celtic Park on Saturday.

“I received a yellow card in the last game of Ligue 1. I didn’t realise it would follow me to Scotland, but you have to accept it.

“I don’t even remember what it was for. I know the final game was meaningless so it’s sad, but I have to stay fit and I’ll train well this week to be ready for Cluj.”

Previous Article‘Cluj are experienced at this level and they have an experienced manager,’ Lennon
Next Article ‘Celtic had at long last won the League Cup, ending a decade of frustration,’ David Potter