You are at:Home»Latest»” I just thought, ‘I have to strike this’ and put a bit of swazz on it,” Turnbull on his Fir Park stunner

David Turnbull knew in advance that he would NOT celebrate scoring a goal For Celtic back at his old stomping ground yesterday afternoon. The Celtic midfielder, a £3m signing from the Fir Park club last summer, still has many friends at Motherwell and has a great respect for the club where he developed his game. 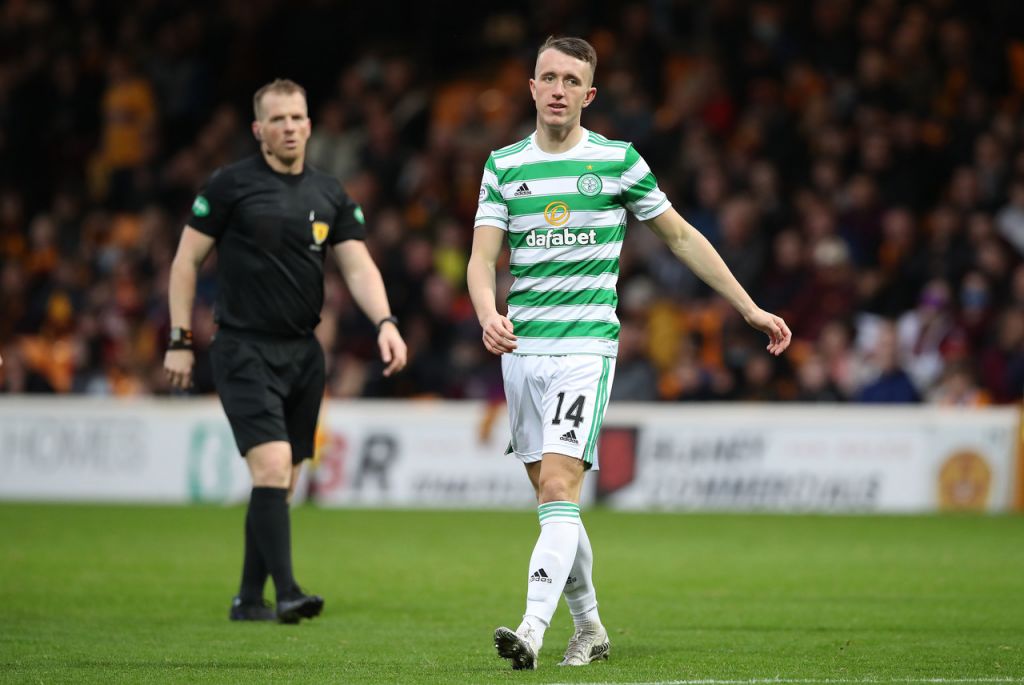 David Turnbull of Celtic looks on after scoring against Motherwell. (Photo by Ian MacNicol/Getty Images)

“Everyone knows what kind of club Motherwell are and how they helped me when I was younger, so I wanted to be respectful. I knew beforehand I wouldn’t celebrate because I spoke to my family about it,” the Celtic star told the mainstream media after the match, as reported by Scottish Sun. “They were asking me what I’d do if I scored a goal and I told them I wouldn’t, I’d just leave it. Obviously I wanted to score, but I didn’t want to celebrate too much.

“I felt like doing it because it’s a great feeling every time you score and that was no different, but I’d decided I wasn’t going to do it. It was hard to stop myself, but I was delighted to put the ball in the top corner anyway,” Turnbull added. 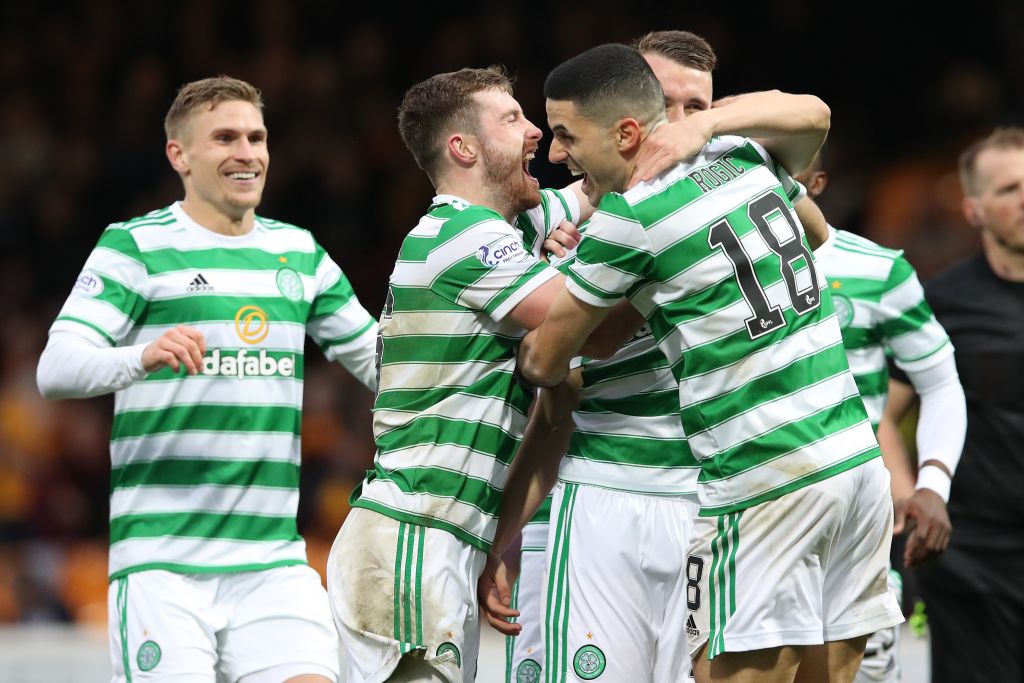 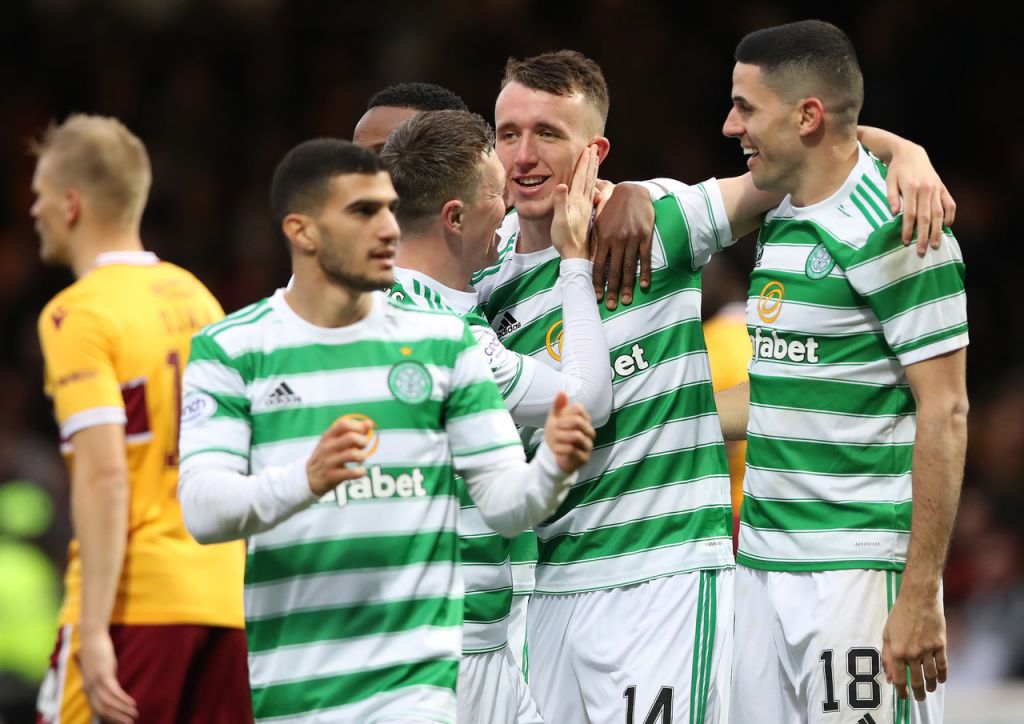 : David Turnbull of Celtic is congratulated by team mates after he scores our second goal against  Motherwell on October 16, 2021.. (Photo by Ian MacNicol/Getty Images)

“Hopefully I can score more of them in future and will be celebrating them as I want to. It was very different coming back here this season with a crowd in. Last year I was on the bench and there were no supporters here.

“Ever since the fixtures were announced I was looking forward to coming back. It was good to be back here, seeing all the familiar faces from my time here. I will be getting a few messages from my pals later on, no doubt. There will be a bit of banter. The most important thing was getting the three points to keep going.

“I had a chance in the first half and was stuck in two minds whether to pass it or not. So the second time, when I got it I knew I was going to give it my best strike. I have done it before and I know what I’m capable of, so I’m delighted it went into the top corner. A few of the boys were asking me how I did it. When I got it, I just thought, ‘I have to strike this’ and put a bit of swazz on it. As I say, I’m just delighted it went in,” the Celtic midfielder added.

The significance of yesterday’s win of court goes well beyond Turnbull’s personal triumphs. The three points won combined with results elsewhere, especially at Ibrox, to make it a very good day for Celtic.

“It was a huge win for us. That’s two away wins in a row now and everyone is buzzing. Things are starting to click, 100 per cent. The Aberdeen win was massive for us, so we need to go on a run now. We need to keep playing well and the results will come. 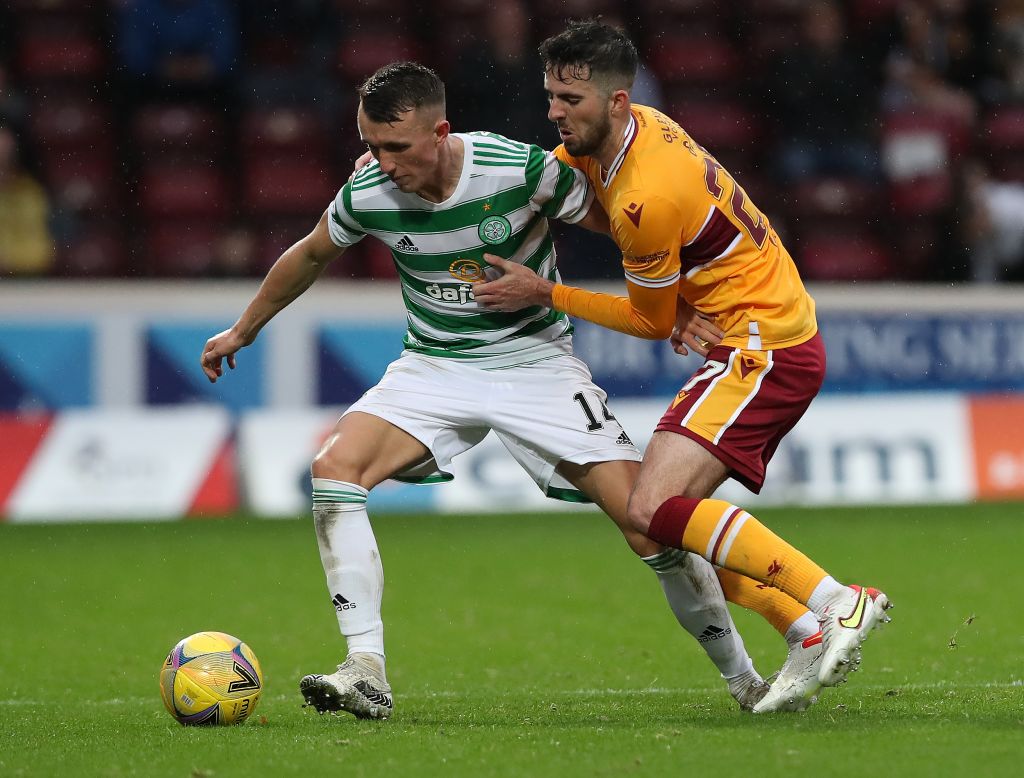 : David Turnbull of Celtic battles for possession with Kaiyne Woolery of Motherwell during the Cinch Scottish Premiership match between Motherwell FC and Celtic FC at Fir Park on October 16, 2021.(Photo by Ian MacNicol/Getty Images)

“You can feel the momentum building now. It has been two massive wins in a row and we want to keep it going. We want to keep pushing on and doing our stuff.

“Things were stop-start after the last international break, boys came back injured and we didn’t have a full squad. People were just in the door as well, but we are more settled now and everyone is ready to play so it’s good,” Turnbull said. 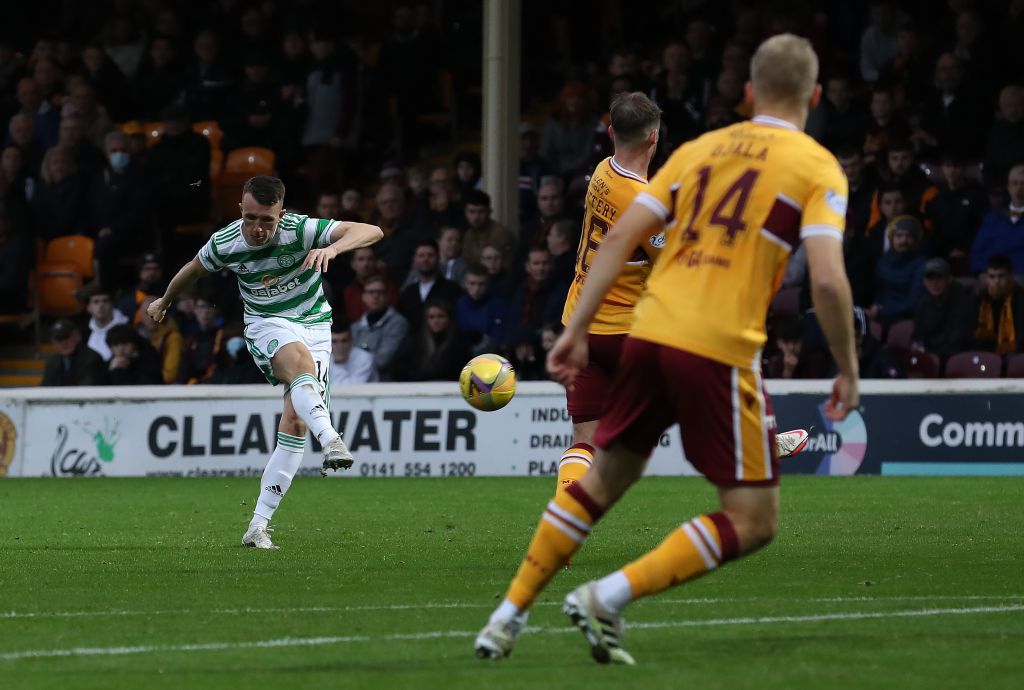 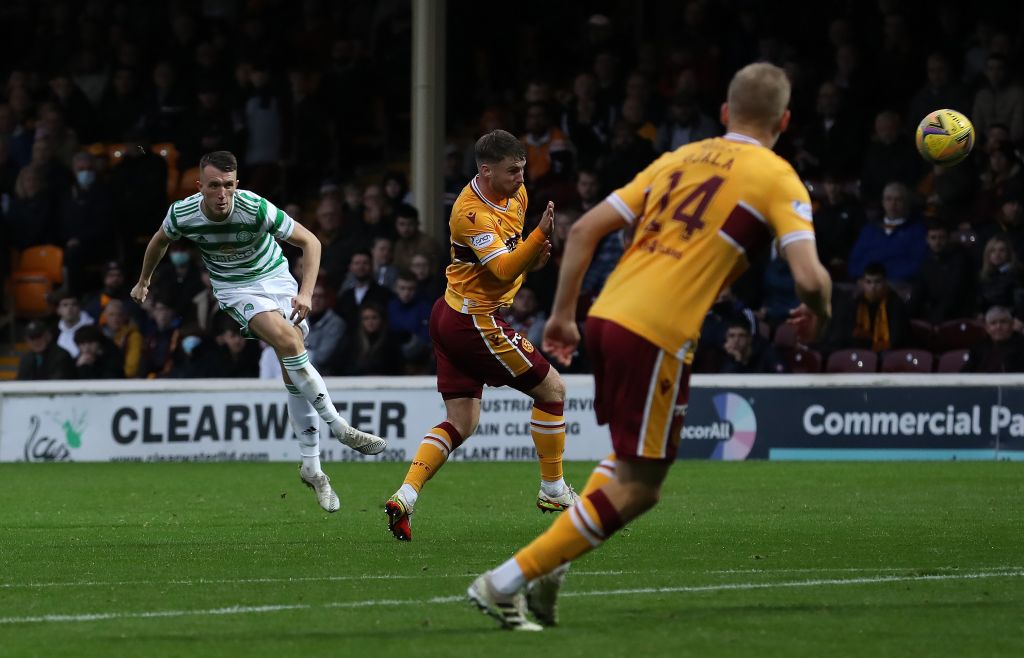 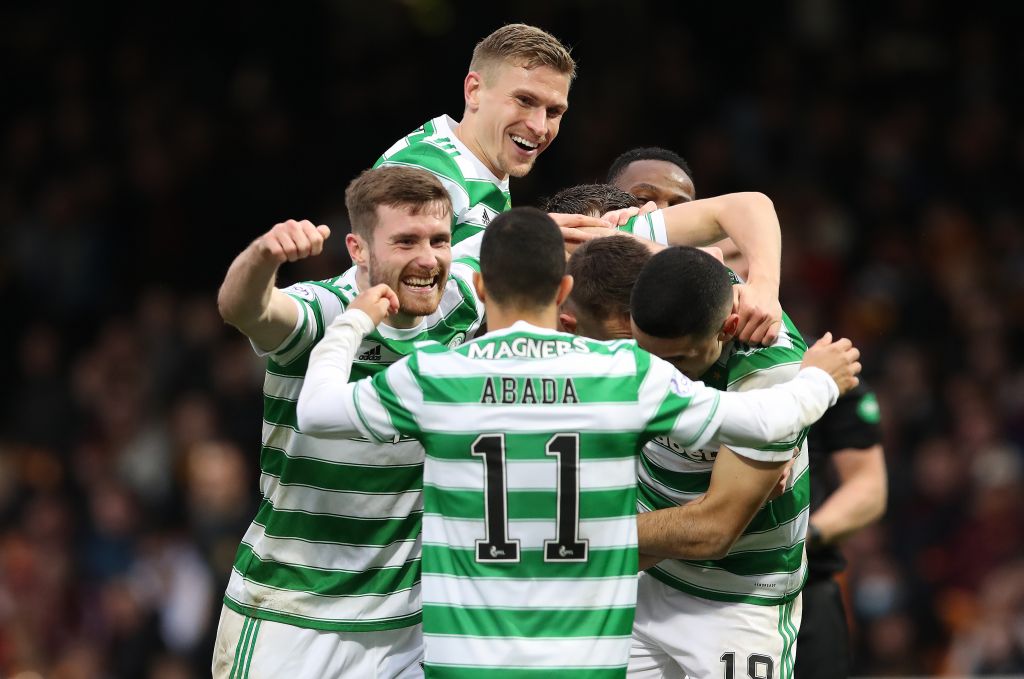