You are at:Home»Celtic Women»Icelandic Under 19 internationalist Maria Olafsdottir Gros hungry for more goals for Celtic

Maria Olafsdottir Gros had a wonderful chance to opening her account against Levante in the Champions League in the summer but her effort went agonisingly wide. The Icelandic Under-19 internationalist did get her first Celtic goal last weekend against Partick Thistle in the SWPL1 and is now hungry for more.

Tomorrow afternoon Fran Alonso takes his title challengers to New Douglas Park to play newly promoted Hamilton in the 5pm kick-off and the expectation is that Celtic will collect the three points and should score a decent number of goals.

Speaking to the official Celtic FC website Gros looked back on finally getting on the scoresheet for the Hoops and now she’s got a taste for it she’s already looking at adding to her tally. “It was a really special moment for me and I’m so glad that I scored my first goal for Celtic, it’s an honour,” Gros said. 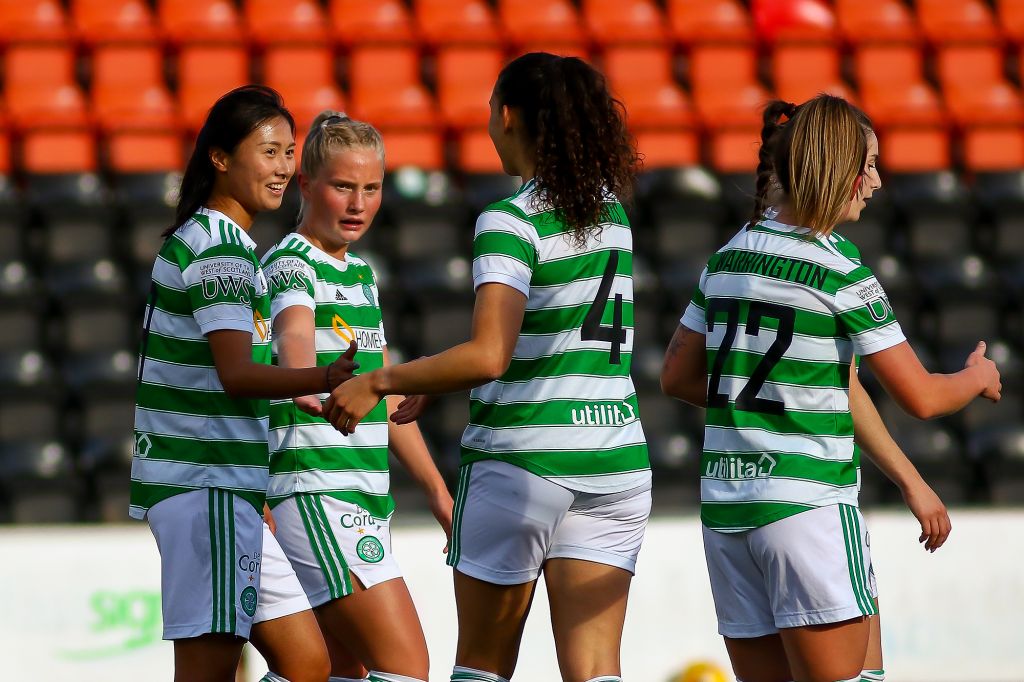 Gros shared that unique feeling of opening her account for Celtic with first goals with Shen Mengyu in last weekend’s impressive 6-0 win over Partick Thistle and of course Clarissa Larisey got her first Celtic goal against Motherwell four days earlier.

“I think it’s really good for the team that it’s not just one person always scoring because if that person gets injured there are others that can get goals as well,” Gros said.

The 18-year-old said the team and backroom staff have been training hard for their fixture against the Hamilton side – eyeing a fourth consecutive win. “We’ve been focusing on what their weaknesses are and how we can play to our strengths,” she added. . “You have to work hard every training session to get your spot in the team,” she said.

Tomorrow match at Hamilton kicks off at 5pm and you can pay at the gate or watch via a stream from Hamilton at a price of £5.