You are at:Home»Latest»‘I’m sure he will stay’, Jullien backs Edouard to remain at Celtic

CHRISTOPHER JULLIEN has backed his countryman, Odsonne Edouard, to remain at Celtic despite speculation linking him with a move away from the club. Coronavirus has delayed Celtic from opening contract talks and Jullien believes that he’ll stay at the club.

As reported by the Daily Record, the Frenchman has said that whilst there will be a lot of interest in Edouard, it would be brilliant for the club if he stayed.

“Odsonne is a good player and one day he will have a lot of clubs interested in him.

“But he’s in a really good place right now with Celtic. He’s done some unbelievable stuff and I really hope that he’ll stay here.

“I enjoy playing with him and I want him to stay for as long as he can. That would be incredible for everyone at Celtic.”

Edouard has scored 27 times and laid off 19 assists in 45 appearances in all competitions for Celtic this season. His form has earned interest from Premier League clubs as well as clubs in France. Although Jullien insists that he is happy at Celtic.

“He’s in a really good place. It’s so difficult just now with this situation. People speak about transfers but who knows when football will be back?

“After that, all the other stuff can happen. But don’t worry, I’m sure Odsonne is happy where he is.

“I’m sure he will stay. He is silent, he hides what he is feeling and he’s someone who controls his emotions. 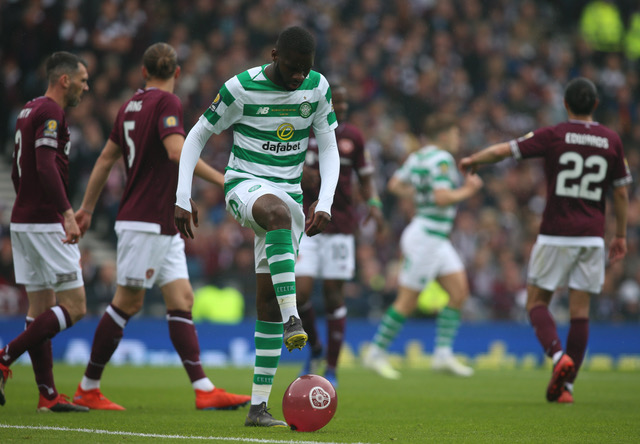 “But he’s a really good guy, trust me. He is quite happy at Celtic.”

Celtic should be in a strong enough financial position to fend off any potential suitors for Edouard as the transfer market may collapse this summer resulting in teams not getting an accurate value for their star players.

Whilst there appears to be a market for Kris Ajer, Celtic don’t need to sell any of our players especially when it is below value. We sold Moussa Dembele for below his value to Lyon and I can’t see Celtic making the same mistake twice.