You are at:Home»Latest»Imagine The Lisbon Lions Hotel with Eleven Iconic Beatles inspired Statues

ANYONE who has visited Liverpool will probably have had their photograph taken next to the now iconic Beatles statue down near the docks.

Matt McGlone mentioned this statue on social media this week. “Took this pic down in Liverpool recently.,” Matt wrote. “How good would it look to have something similar for all the Lisbon Lions grouped together outside the Celtic Park front door or somewhere appropriate at the stadium. It would look awesome.” 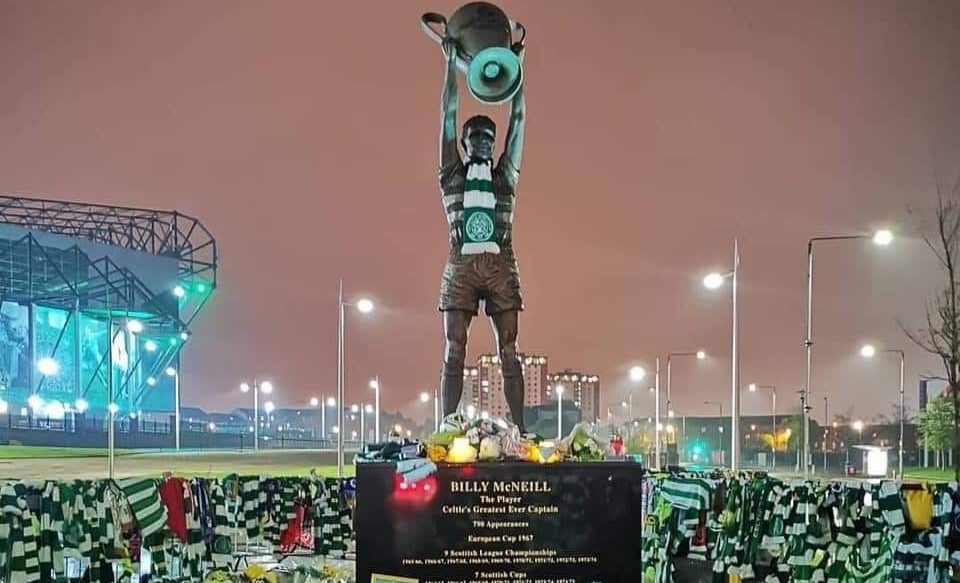 Our brilliant statue of Cesar is now a huge part of the Celtic Park experience. It has proved its value over the past week when we lost Billy and then today finally said goodbye to him today as he passed through Paradise for one last time.

Forever more the iconic Cesar image at the bottom of the Celtic Way is there for Celtic supporters alive at the moment and still to be born to treasure. In decades to come today’s weans will be grandparents themselves and you can picture the scene of them standing underneath the Cesar statue telling the story of that glorious afternoon in Lisbon maybe from a hundred years before.

The Celtic Way used to be just a boring old car park. Over the next few years work will begin on the next stage in the re-development plans with a new superstore, a club museum and of course the hotel being built.

All of that shows commendable ambition from the Celtic board.

Liverpool in the sixties gave us The Beatles and the city, recognising the tourist potential, have provided the statue to honour the Fab Four.

And in that same decade Glasgow gave the world The Lisbon Lions.

Down in Ayrshire a group of Celtic fans raised the money to provide a statue of local hero Bobby Lennox in Saltcoats. It was a long drawn out process for the team who worked super-hard for a number of years on the fund raising. The project was a success and the statue is superb and plenty of Celtic supporters have travelled down to the Ayrshire seaside town to see it for themselves.

To create an iconic Beatles like series of statues for the Lisbon Lions at Celtic Park would obviously cost eleven times the cost of the Saltcoats tribute to the Buzz Bomb. But just imagine how brilliant it would look if as part of the next stage development with the museum and Hotel being built, the plans include eleven statues for the Lions, perhaps re-creating the team emerging in a line before the final – an image every Celtic fan is familiar with.

Every hotel looks for a point of difference and a Lisbon Lions Hotel with this iconic statue at the entrance would make it the most popular hotel in Glasgow bar none. Just close your eyes and picture it for yourselves and with the Celtic museum next door the Lions could be positioned in such a way as to direct people towards the museum.

Or even the eleven Lions getting their photograph taken before the kick-off, this one… 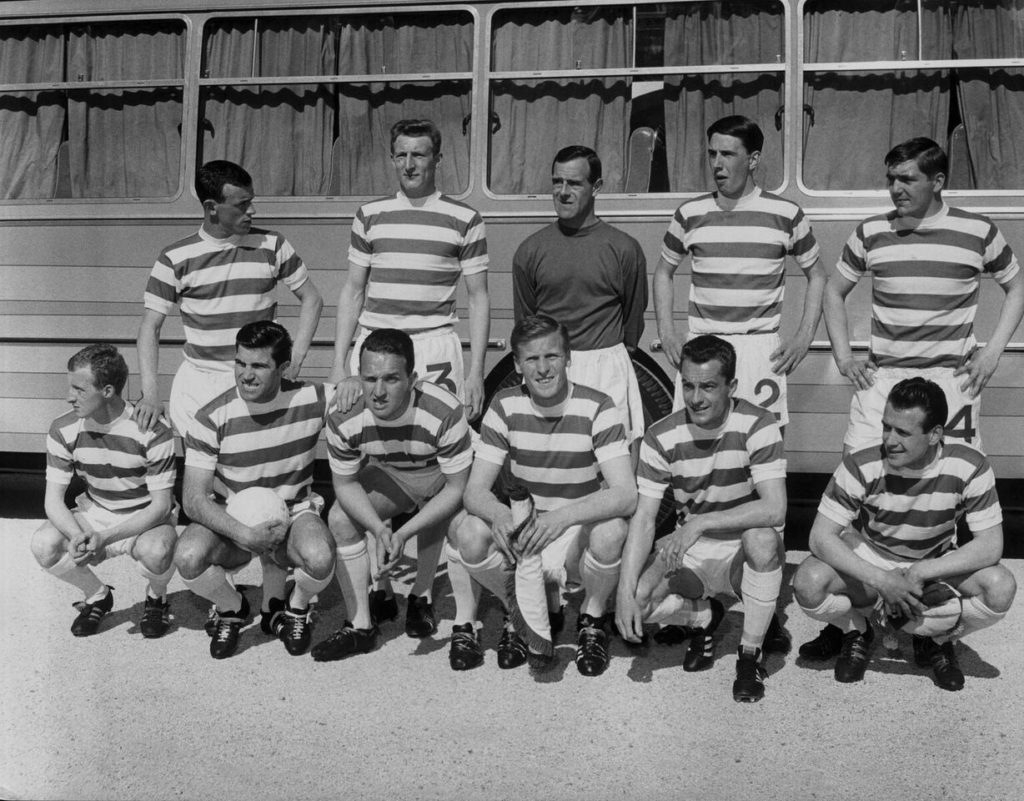 Took this pic down in Liverpool recently. How good would it look to have something similar for all the Lisbon Lions grouped together outside the Celtic Park front door or somewhere appropriate at the stadium. It would look awesome ☘️ pic.twitter.com/mIRCwvEx94

The Celtic Star ran a Poll last week regarding whether Celtic should re-name to North Stand. We gave you three options, one simply keeping it as it is i.e. keep calling it the North Stand. Of the two other alternatives we put forward were re-naming the North Stand either the Billy McNeill Stand or the Hail Cesar Stand.

If you haven’t voted you can do so now and also check out the way the voting has gone so far. There is a clear preference and hopefully Celtic will take note. James goes for the fans vote being conclusively AGAINST retiring the Number 5 jersey, and Big Jozo’s winner last weekend probably put an end to that suggestion. 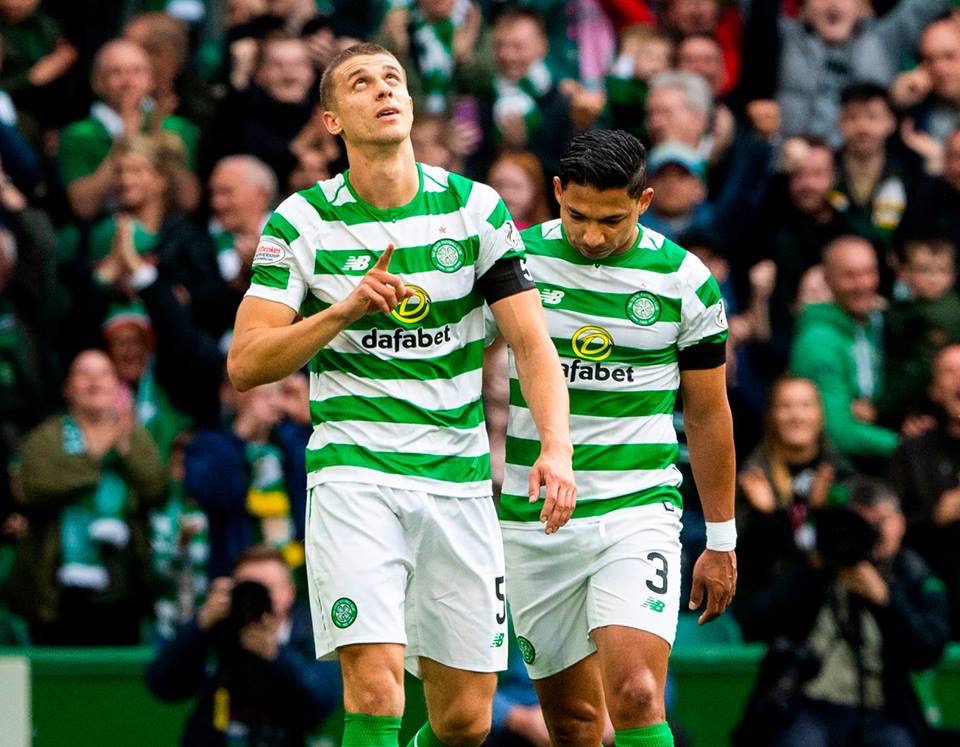 And on the matter of retiring the No.5 jersey do you think that this should be done to honour Cesar’s memory or should it continue to inspire future Celtic defenders to walk in the footsteps of our Greatest Ever Captain?