You are at:Home»Latest»Important Zenit St Petersburg information for the travelling Celtic support

“As this will be the first visit to Russia and in particular St Petersburg for many of our fans we’ve put together some information for the match next week which we hope will prove useful.” JP stated.

The Celtic SLO has given us the Ground Regulations for the Zenit Stadium. These will be strictly enforced and Celtic ask  that all fans familiarise themselves with them. We have listed these Regulations in full at the bottom of this page.

Here are the details of the meeting point for fans to catch the buses to the Stadium. 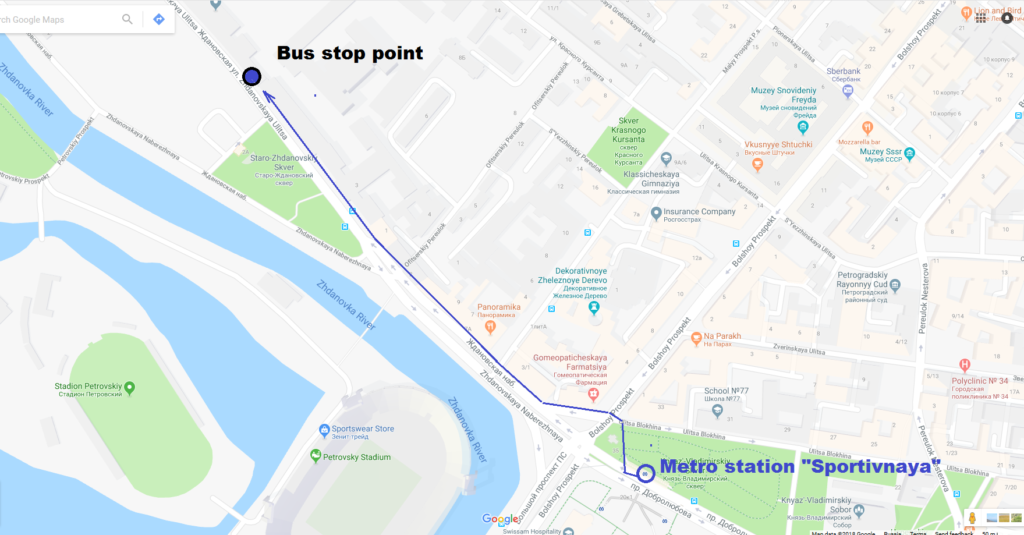 It is recommended that all Celtic fans with tickets for the away section use the buses to the match as they will have a dedicated police escort and will not be subject to the heavy traffic which will create significant delays in the lead up to the match.

Here is an overview of the walk to the Stadium for fans who don’t use the buses. As you can see there is a walk through a park required to get to the Stadium which Celtic been advised by Zenit to inform fans to avoid. 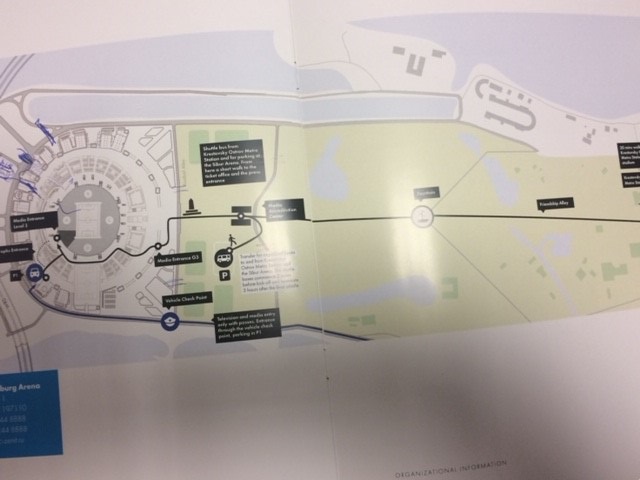 The route through the park takes fans to the home sections so a walk around the Stadium to reach the away section is required and this will not be an easy process as there are several checkpoints which are extremely difficult to get past due to the heightened threat of terrorism. 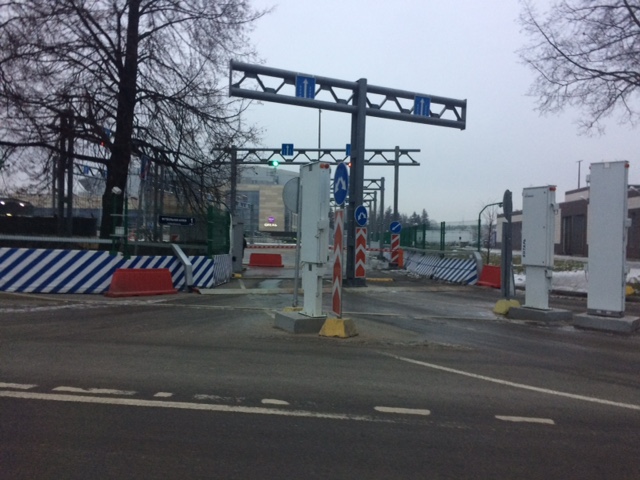 “Zenit have asked that we strongly advise against Celtic fans buying tickets for the home sections and attempting to use the shuttle buses as they will not be able to access other parts of the Stadium once inside the perimeter and they will not be granted access to the away section without a valid ticket,” the Celtic SLO advised.

The meeting point for the buses is the Petrovsky Stadium, fans are asked to arrive from 18:30 local time with a planned departure time to the Stadium of 19:00.

Fans should use taxis or Metro Sportivnaya to get to the meeting point from the city centre, it’s not within walking distance.

“Shuttle buses will take fans from the Petrovsky Stadium directly in to the Zenit Stadium Footprint but external to the turnstiles so all fans arriving will require a valid match ticket to access the Stadium itself,” the Celtic SLO stated. 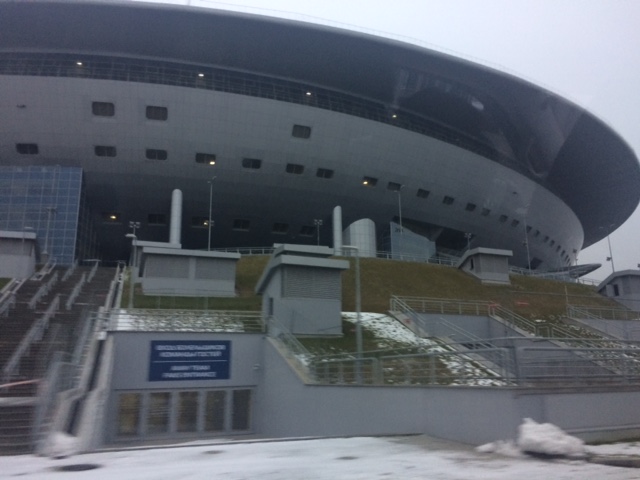 The Stadium is not close to any amenities and it’s highly recommended that anyone without a ticket does not make their way to the Stadium as there is nowhere to go and nothing to do.

“Post match the buses will take fans back to St Petersburg city centre, we have yet to agree a drop off point and will advise of this as soon as we have it confirmed, John Paul continued. The Celtic Star will provide you with this update as soon as it is available.

“Whilst in St Petersburg the advice we’ve been given by SLO’s who’ve attended matches there in the past is that fans should stay in large groups of around 10 or more and as always respect the local customs and culture.

“Fans are advised to carry some form of photographic ID at all times whilst in the city and to remain in the popular tourist areas that are well lit and well populated,” said JPT.

If you have any questions please let us know at SLO@celticfc.co.uk or at @CelticFCSLO 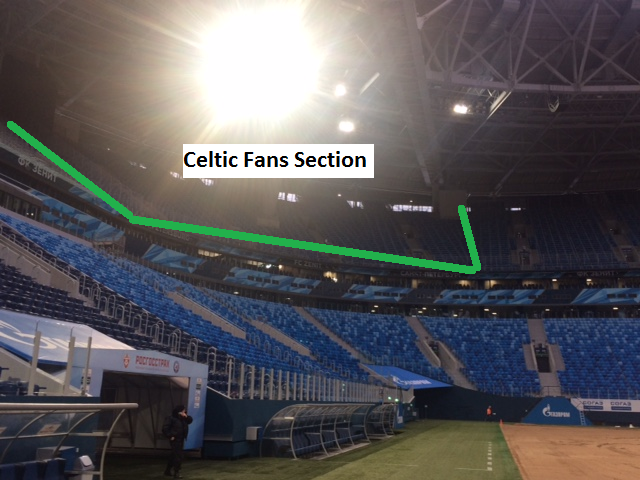 Behaviour Rules for the spectators on the “St.Petersburg ” stadium.

1. These Rules determine the procedure of conduct of spectators on the territory of SC “St. Petersburg ” during football matches.

2. Spectators have the rights:

2.1. Enter the territory of “St. Petersburg” stadium by presenting one of the following documents:
– ticket for a match;
– “FC “Zenit” Premium club card (hereinafter – the”Сlub card”);
– invitation or document (accreditation) giving a right of passage.
The admission of spectators is permitted not earlier than 3 (three) hours before the start of the match, the start of which is determined in advance and shall be brought to the attention of the audience through the mass media and the Internet.

2.2. Without limitation to carry to the stands of the sports arena and use to support the participants of the match:
– banners and flags in the size of 2 x 1.5 m or less, made of nonflammable and not dangerous materials on flexible plastic hollow pole, the dimensions of which do not exceed 1.5 m in length and 2.5 cm in diameter.

2.3. In addition to the items mentioned in paragraph 2.2, to carry on the stands and the use other means of support -banners, posters, flags of a large size; drums; megaphones etc. with preliminary agreement with FC “Zenit” only.

2.4. To support standing, sitting on the seat, if there is no objection from other spectators.

3. The spectators undertake to:

3.1. Observe the public order and the generally accepted standards of conduct.

3.2. Behave respectfully towards other spectators and participants of the match, the service personnel, persons responsible for observance of the order; to prevent actions creating danger for surrounding people.

3.3. Present at the demand of the representatives of football club “Zenit” and law enforcement bodies tickets, club cards, invitation or document (accreditation) of the established sample, giving a right of passage, as well as parking tickets for entry of vehicles.

3.4. Take place indicated in the tickets, club cards, pass or documents replacing them.

3.5. To leave in the storage room bulky and (or) prohibited to carry to the site territory. Cumbersome subject for the purposes of these Rules is considered to be any object, the size of which exceeds 40 x 40 x 45 cm.

3.6. Inform the representatives of the FC “Zenit” and law enforcement bodies on cases of detection of suspicious objects, things and cases of smoke or fire.

3.7. On receiving the information about the evacuation of act according to the plan of evacuation or in accordance with the instructions of the representatives of the FC “Zenit”, employees of internal affairs bodies or EMERCOM of Russia, responsible for law enforcement and fire safety, keep calm, and not creating a panic.

4. The audience is prohibited:

– weapons of any type, as well as objects, which can be used as weapons;

– piercing, cutting, throwing (including umbrellas type “cane”) objects, helmets and other bulky objects, bottles, cups, jugs or cans, as well as other objects made of polyester, glass or any other fragile, breaking or, on the contrary, too solid material, as well as packaging “Tetrapack”;

– alcoholic drinks of any kind, narcotic drugs and toxic substances or stimulants;

– dyes or tanks containing substances hazardous to health, as well as combustible and flammable liquids;

4.2. Re-enter the territory of “St. Petersburg ” stadium after exit from it during the same match.

4.3. Smoking in places where it is prohibited FC “Zenit”.

4.5. Carry and use of pyrotechnic products, irrespective of the type and purpose, open fire.

4.6. Create a threat to the life, health or safety of themselves and other persons.

4.7. Climb on buildings and constructions that are not intended for public use (facades, fences, railings, fences, lighting columns, television cameras platforms, etc.).

4.8. Invade on the sports arena or the territory, adjacent to it, as well as in areas that are not designated in the ticket of the viewer.

4.9. Create disturbance of movement in areas designated for evacuation, including in the aisles, exits – both main and spare.

4.10. To apply inscriptions and drawings on the design, structure, structures, and also to place near objects without the permission of FC “Zenit”.

5. In case of violation of the present Rules by a decision of the football club “Zenith” can be applied to him the following measures of responsibility:

5.1. Expulsion from the stadium with no compensation of the cost of the ticket.

5.2. Temporary suspension of action (on a certain number of matches) of the following documents:

– club card and season ticket spectator who has violated these Rules, without compensation of its cost;

– skip the entry of vehicles without compensation of its cost;

– invitation or document (accreditation) of the established sample, carrying a right of passage.

5.3. Full cancellation of the following documents:

– club card and season ticket spectator who has violated these Rules, without compensation of its cost;

– skip the entry of vehicles without compensation of its cost;

– invitation or document (accreditation) of the established sample, giving a right of passage.

Previous ArticleCeltic’s cheeky tribute to Zenit’s ‘greatest European triumph,’ Manchester 2008
Next Article No Armstrong, no Roberts, no Griffiths and no Rogic yet Chris Davies remains positive