You are at:Home»Latest»Incoming? “I was able to speak to Mr Postecoglou before the match against Serbia,” Japan’s Debut Striker Ado Onaiwu

We told you this morning that rumoured Celtic target Ado Onaiwu made his full international debut for Japan yesterday in the 1-0 win over Serbia and the goalscorer who has made his name playing under Ange Postecoglou at Yokohama has been paying tribute to his old boss and revealed that he’s been talking to the New Celtic manager over the last few days.

“I always knew if I kept playing well and scoring goals for Yokohama, I would get a chance with my national team,’ Onaiwu said after his debut, as reported by Daily Record. “And I owe this to my manager Ange Postecoglou who has left the club this week.

“I have enjoyed an excellent relationship with him and he has been a huge influence in my career. I don’t mind admitting that when he first came to the club, I was confused with his training because it was of such high intensity. 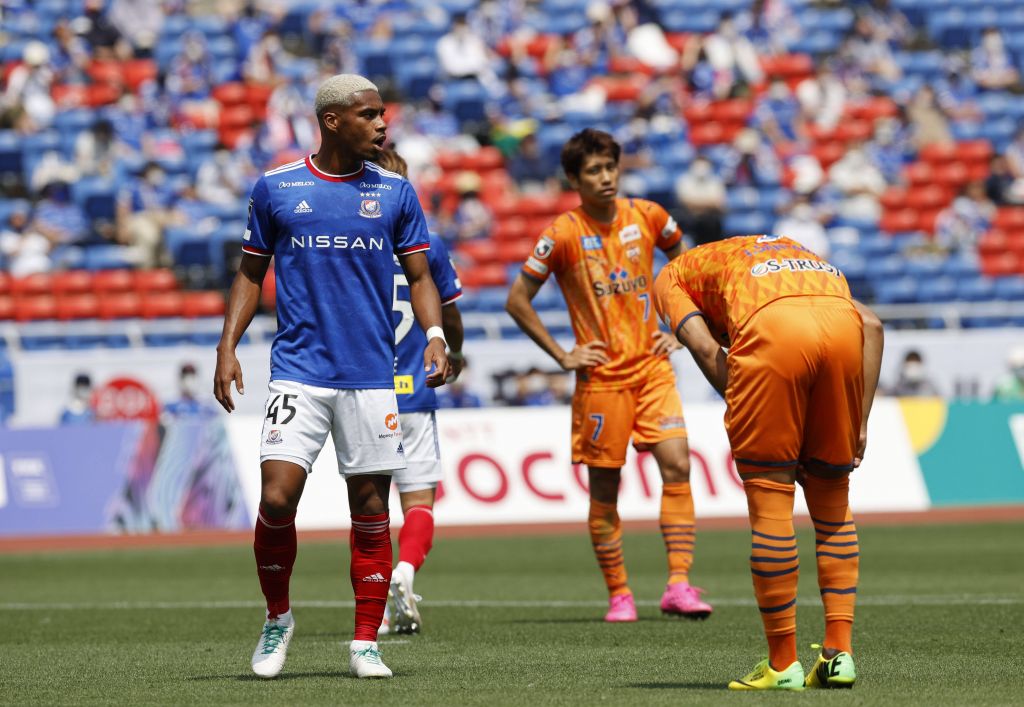 “But because of that, he improved my game immeasurably and you can see I got my rewards by playing against Serbia.

“I was able to speak to Mr Postecoglou before the match against Serbia. I thanked him for all his help and for helping me grow as a player. I will always be grateful for his guidance in my career.”

Onaiwu’s contract at Yokohama has just six months to run and there may well be a reunion with his old mentor in the East End of Glasgow over the next wee while.