Neil Lennon provided us with a mixed bag of injury news earlier today as he spoke to the media ahead of tomorrow evening’s Europa League match against Sparta Prague at Celtic Park.

James Forrest, the Celtic manager confirmed has now undergone his ankle surgery and is now set to be on the sidelines until the New Year. “Best-case scenario, we’re probably looking at six-to-eight weeks. It may be longer than that,” Lennon confirmed. “We’ll just need to see how he settles after the surgery. We think it’s been a success.”

🗣️ NL on injury updates: "Mikey Johnston has been training but he'll be a while yet. Christopher Jullien will resume training soon, hopefully he'll be back in contention after the international break. James Forrest had surgery this week so will miss a considerable time."

And with Forrest now confirmed to be out for an extended period, it would have been a good time to deliver better news on Mikey Johnston but the talented youngster unfortunately is still some way away from being available for selection after spending much of the year so far trying to recover from the knee injury picked up at McDiarmid Park – on the night that the manager was seen swearing at him for not coming off after hitting his knee. On Mikey Johnston the Celtic manager said: “”He’s going to be a while yet, he’s still feeling the effects of the surgery.”

There was better news however concerning French defender Christopher Jullien who has been over in Germany seeing a specialist for his back problem over the past few weeks. The manager confirmed that he’s now on his way back to Celtic and will be rejoining his team-mates shortly. 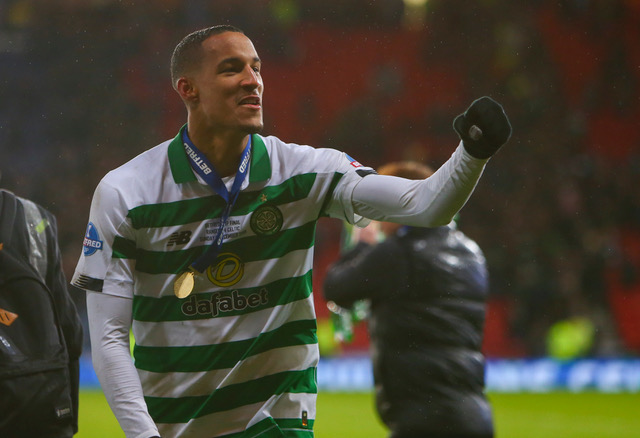 “Christopher we’re hoping will be back in the country tomorrow and resume training not so long after that. You probably won’t see him until after the international break’s over.”

Previous ArticleCeltic v Sparta Prague – “The only thing we can do is prove everyone wrong,” Elyounoussi
Next Article Waterford go two up at Celtic Park after “Terrace Thugs Clash” in Dublin