You are at:Home»Latest»Ismaila Soro display lays bare the dearth of midfielders at Ange’s disposal

Celtic’s foray into Europe for the first time this season have left us all with a lot of positives. However, tantamount to these positives are the concerning negatives. None more so than the lack options in the central midfield area.

Ismaila Soro came in yesterday for the evergreen Callum McGregor and failed to impress. The Ivorian broke onto the scene last season under Neil Lennon – playing in a victory overy Lille at Celtic Park, in which he had a major influence.

That night, Soro was a ball of energy that covered every blade of grass on the hallowed turf at Parkhead. Celtic fans began to think they had found their heir apparent to Scott Brown. Admittedly, one of Lennon’s major faults was using Soro sparingly when it was obvious Brown was in need of a break. Fast forward until tonight in Seville, and Soro is leaving the support feeling acutely concerned. 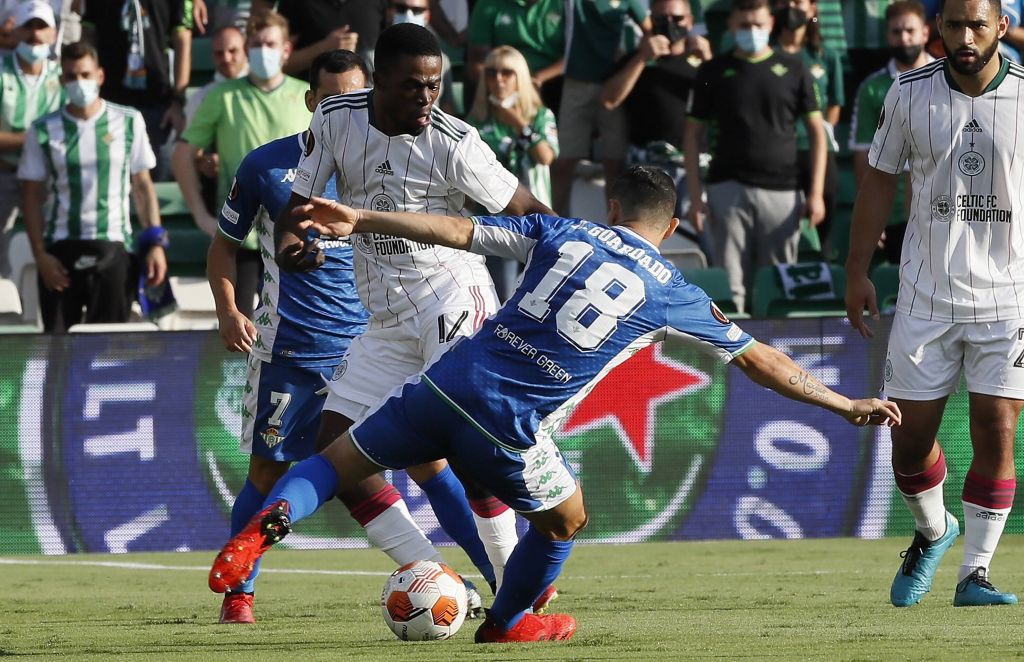 Soro was reckless and clumsy when in the challenge, struggling to really get to grips with the pace of the game and the guile of the opposition. He proceeded to pick up a booking early on for his troubles, leaving us all wincing in anguish. The Ivorian buzzbomb brings an abundance of energy but has yet to find a way to harness this in a controlled way.

As we head into a hectic schedule of games both domestically and abroad, the lack of quality in the centre of midfield is truly worrying. James McCarthy made another cameo appearance, although it is obvious he is not fit enough yet. With Liam Shaw the only other realistic option in the engine room, the dearth of midfielders at Ange’s disposal at present is a fear proving difficult to assuage.

“It just further fuels the fire within me,” Ange Postecoglou
“More than could have been expected,” Celtic get Thumbs Up from Sutton
Celtic Supporters Encouraged to Snap-Up SWPL Cup Final Tickets

Previous ArticleThe Tragic Tale Of John ‘Jackie’ Millsopp, Never To Be Forgotten
Next Article Sandman’s Definitive Ratings: Celtic at the Vale of Tears