You are at:Home»Latest»“It was a very funny moment,” says Celtic Goalscorer Carl Starfelt

A first goal for the club on a return to action after a period out injured may have some players considering a place in the starting eleven the following week was a nailed-on certainty.

Yet as reported in Daily Record, Carl Starfelt, scorer of Celtic’s fourth strike in a five-goal rout of Derek McInnes’ Kilmarnock side at the weekend, is taking nothing for granted – not when the likes of Moritz Jenz and Stephen Welsh were performing admirably in the former Rubin Kazan defender’s absence. 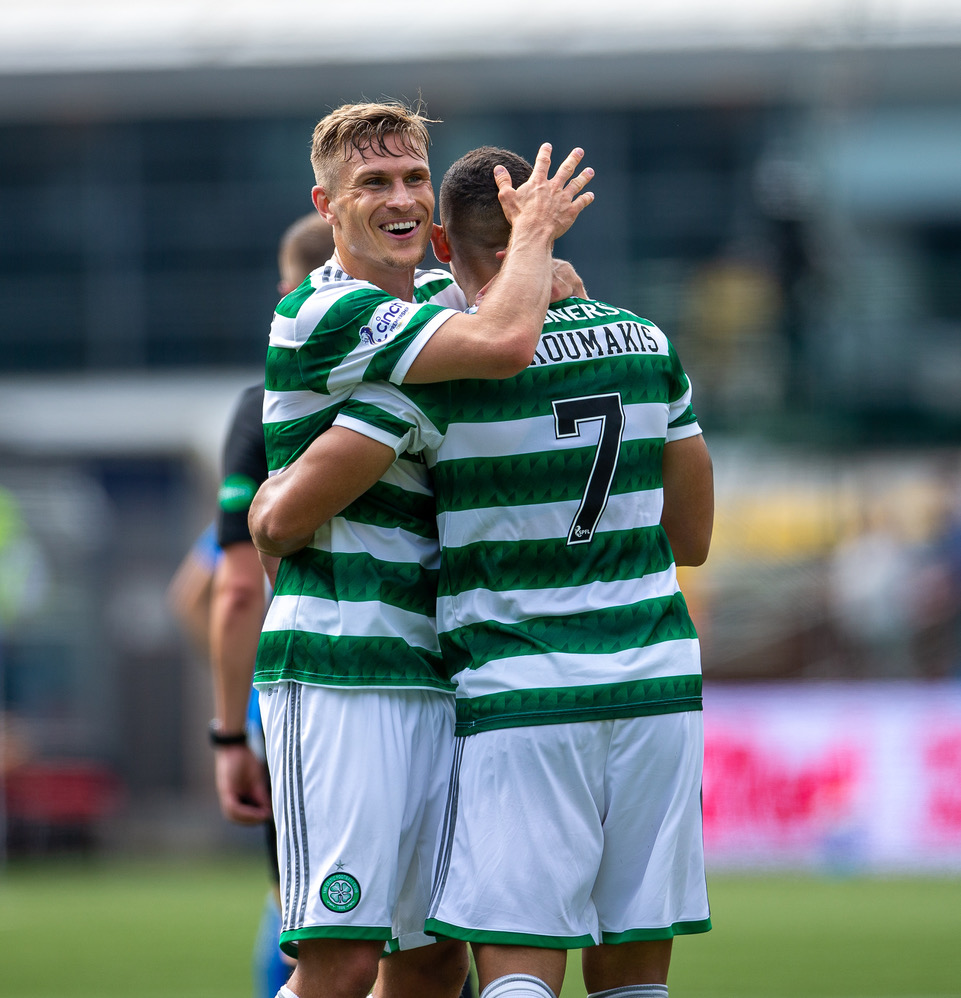 “I think the competition pushes all the players. It’s not only the centre-back position. I feel we have competition now in almost every position. It’s about the small details. You also need to show every week in training that you want to play. It pushes everyone.

“We have one game a week just now, but soon it will become two games a week for a period of months. We will need a big squad. Like I said, there is very tough competition. There are really good options in defence. Welsh, Jenz and Cameron have all done very well when they have played.

“So I don’t think that anyone knows they are going to play every game. That’s how it should be. We push each other.” 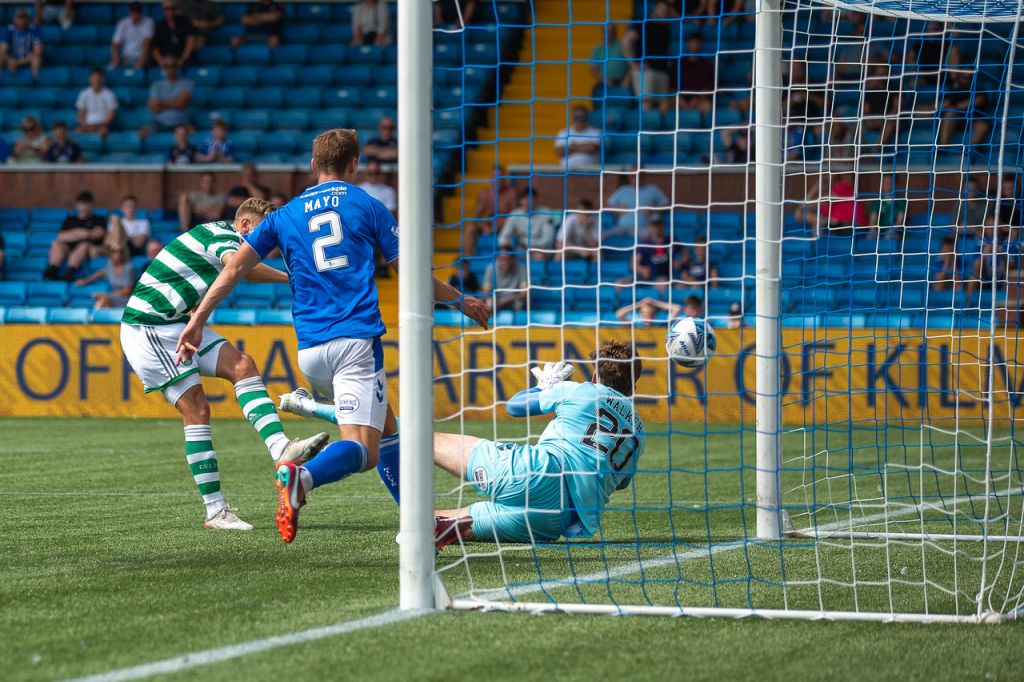 Celtic’s sharp start to the season, which already has the Hoops looking down on theRangers as the team look to defend their hard-won title from last season has been mightily impressive. Much of that has been down to the clearly exhibited togetherness of the squad but also to a healthy amount of genuine competition across most positions in Ange Postecoglou’s Stage 2 development of his playing group – as the manager added depth to an already successful team.

Carl Starfelt however can call on last season’s impressive form when it comes to staking a claim as a first pick, in an area of the team the manager hasn’t necessarily rotated as often as other positions. The Swedish international took a short while to settle, yet after the League Cup win against Hibs at Hampden it is difficult to think of a time where Starfelt’s standards dropped to anything less than completely dependable. 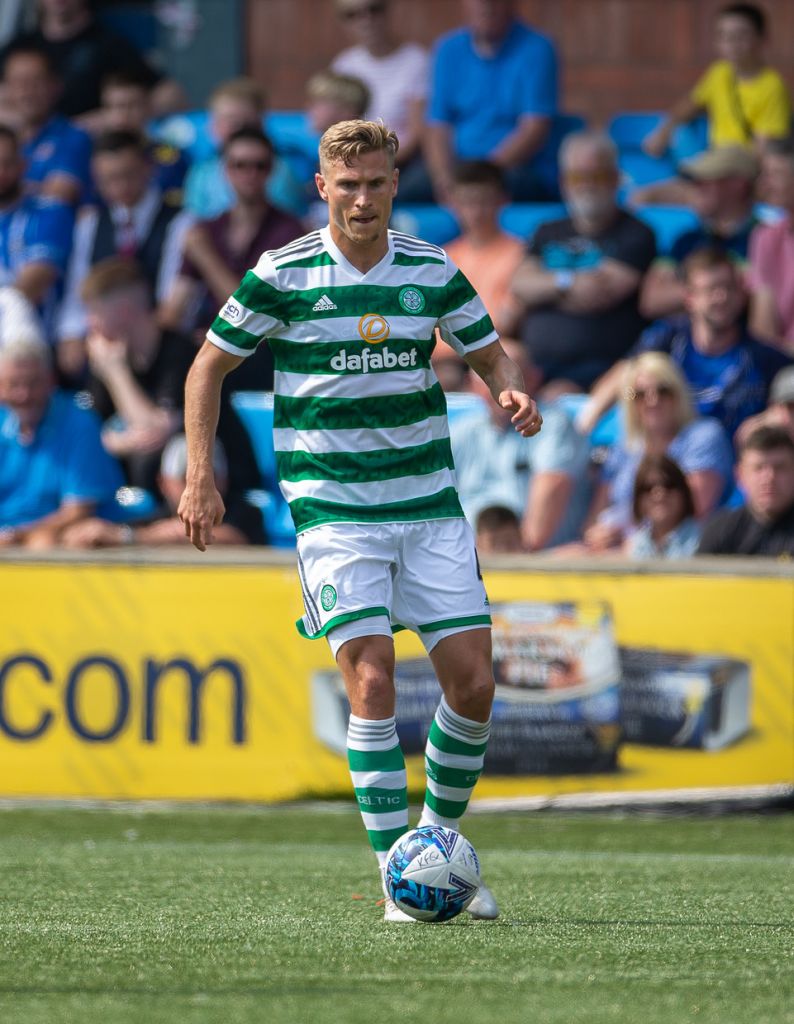 As such, an injury picked up on international duty came at something of an unfortunate time for Starfelt, meaning he missed most of pre-season training and has had to watch on, as first Stephen Welsh played and scored in his absence, before new signing Moritz Jens grabbed goals on successive weekends, when he was handed a starting berth following Stephen Welsh’s recent illness – something Starfelt acknowledges was a tough challenge to overcome.

“Obviously it’s always tough to be out and not be able to play. I’ve just been working very hard to get back. I felt like I was really ready to play when I came on and it was really nice to be back on the pitch. I’ve been training now for two weeks or something like that. So I felt ready to go and get back involved.”

Yet overcome it he has. And now Starfelt, perhaps motivated by the goalscoring challenge his defensive teammates laid down, has now also joined in on the scoring act for Celtic, after admitting to some chances from last season that went abegging. 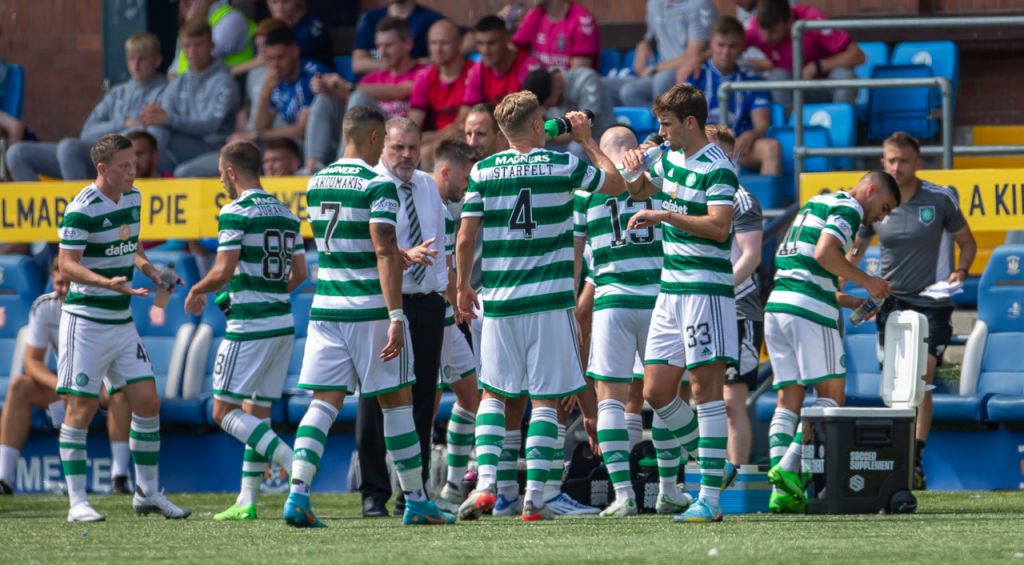 “It was a very funny moment. You saw my celebration. I enjoyed it a lot even though it was a goal to make it 4-0. Maybe that wasn’t a normal 4-0 celebration! But it was my first goal for the club, so it means something extra to me. It was great to have all the players celebrate with me. We have been speaking about it a little bit in the locker room, so it was nice to see that all the other players also got excited.

“Obviously, it was nice for me to get my first minutes back after the injury and the goal was also important. The supporters, as always, were absolutely amazing. It was a nice moment. I will remember that one. For me, it was just more of a release. I’ve had opportunities before that haven’t gone in, so it was nice to see the ball go in the net this time. It wasn’t the most beautiful goal but it still counts.” 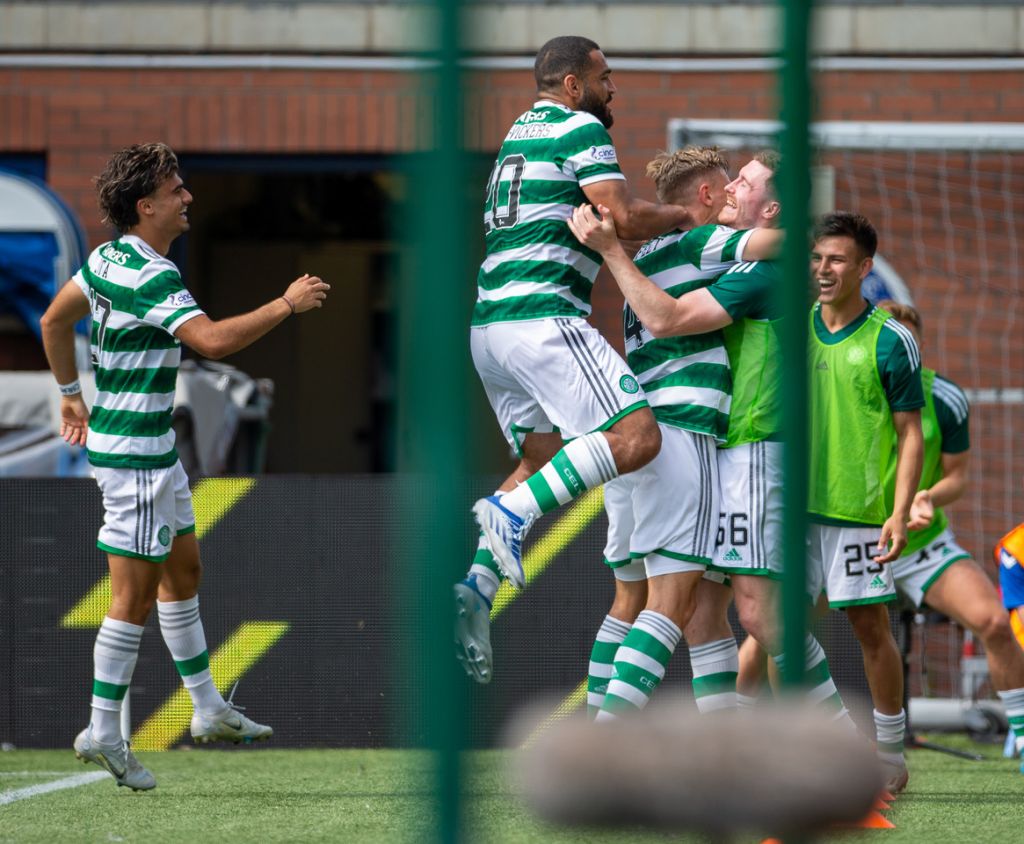 It is an interesting point raised regarding scoring opportunities from last season. Set pieces both defensively and offensively were something of a problem for Celtic last season, yet this campaign things have been different.

Not only are goals coming from players in positions expected to keep the ball out, rather than to convert chances at the other end, four of Celtic’s ten goals this season have now come from set pieces. Perhaps now Gavin Strachan and his laptop will now get some credit where it’s due.