You are at:Home»Latest»“It was great to hear him say that,” Robertson reveals major Postecoglou boost for young Celts

Scott Robertson headed back to England on transfer deadline day for another loan spell, this time at First Division side Crewe Alexandra, in fine spirits after getting the chance to work with the New Celtic manager Ange Postecoglou over the pre-season and the first month or so of the new campaign. 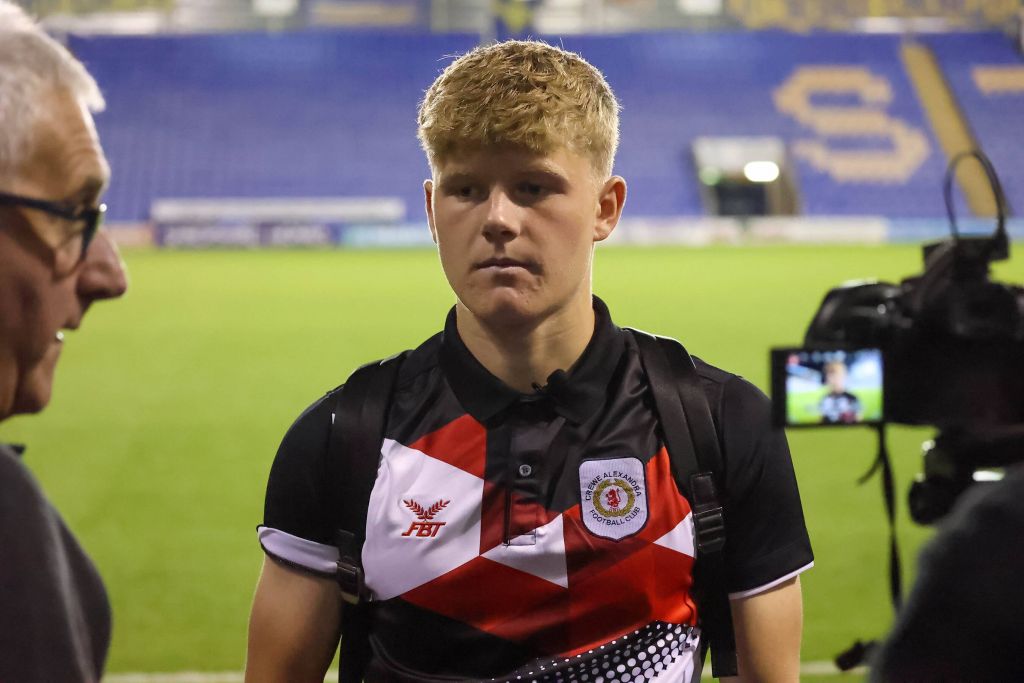 And probably speaking for all the young players at the club, Robertson has spoke about how encouraged they all are working under the Australian and hearing him tell them that age is no barrier to breaking into his Celtic side. And Robertson notes that Postecoglou has been as good as his word, pointing to the emergence of Adam Montgomery as a first team regular under the new manager as proof that there now is an open door for the academy players to play for the first team if they show themselves to be good enough for selection. 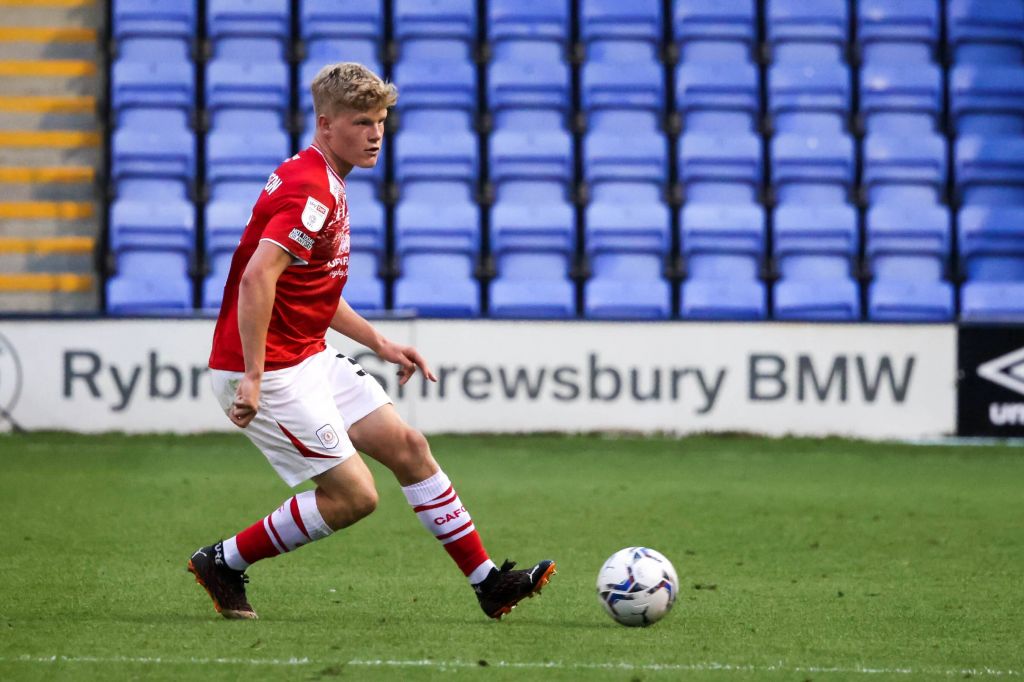 That perhaps was not the case over the past few years as the club got itself fixated on the quest for a tenth successive title.

“From the first day the new manager arrived, he told us all that no matter what your age is, if you are good enough then you will play for him,” Robertson said in an interview in today’s Daily Record. “It was great to hear him say that. He said we would get opportunities and I think he’s shown that already with Adam’s promotion into the first team that he’s true to his word.

“I wasn’t surprised to see Adam being thrown in at the deep-end so soon, nobody at Celtic was. The manager has shown he has faith in him and for a young player that is huge,” Robertson continued. “He’s shown by his performances so far this season that he’s been up to the job and it’s been an inspiration to the younger boys who see what can happen. 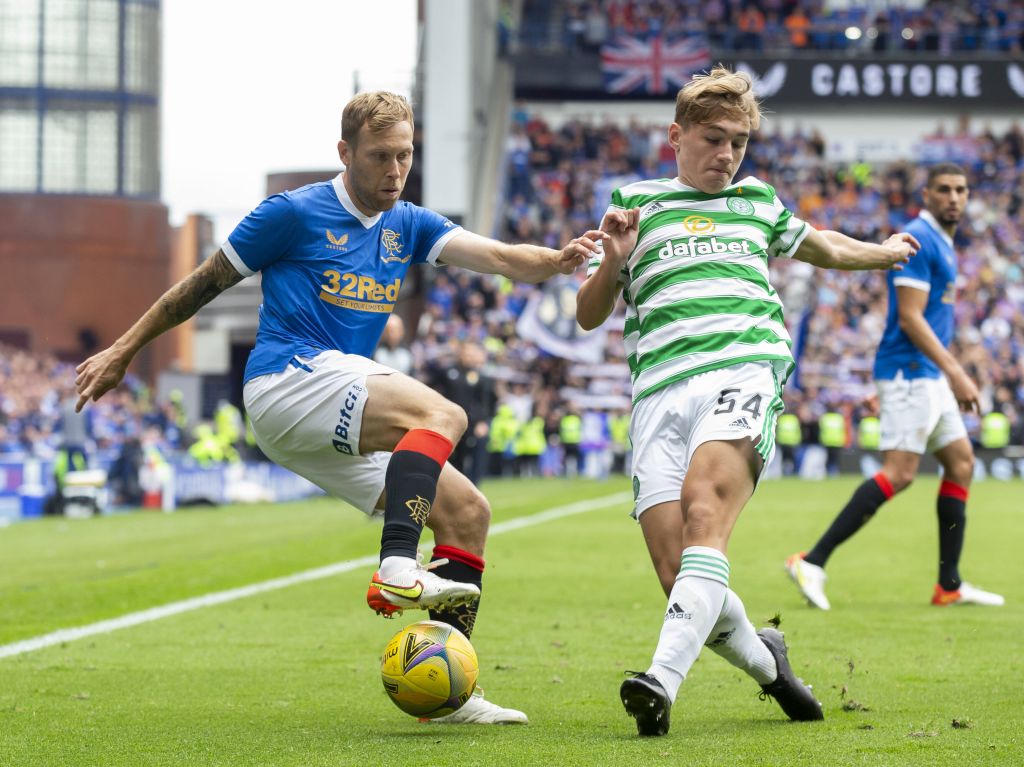 Adam Montgomery of Celtic in action at Ibrox

“It also shows the manager is someone who is prepared to look at the academy and give youngsters an opportunity. The big moment for Adam came when he was played in Europe against Midtjyland as a sub and he showed his temperament was strong enough to cope. Then he was excellent against AZ Alkmaar, he slotted right in and didn’t look out of place at all.

“From day one the manager has been able to get his messages across very quickly, the points he wanted to make are well understood. He wants us to play football the right way, it’s about keeping the ball and pressing high up the pitch.

“He wants to get the midfield players on the ball and for me that’s been great as it’s one of my strengths to get on the ball and pass it. From my point of view it has been brilliant. He doesn’t like it when you take too many touches and end up having to go back the way. He wants you to get your head up as soon as possible and pass the ball through the lines.” 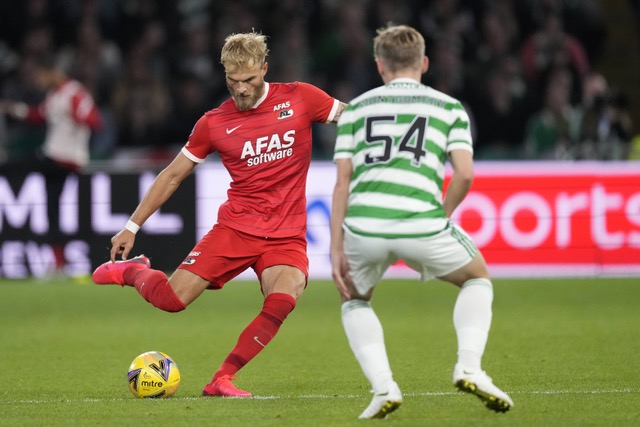 Robertson also recalled that Montgomery had to chance his position from winger to full-back in order to make the step up to first team football. “When Adam came in at Celtic he was played as a winger, right or left flank. As a young player over the last few years he’s been brilliant and what shone through is the technical side of his game. It’s only since he’s been moved back into the left back role that he’s thrived. Its’a position which suits him better.

“The most important thing as a footballer is the technical side of your game, Adam has that in abundance so when he was moved back into defence it made the transition a lot easier.

“It makes it so much easier as a defender if you are comfortable on the ball but there will be other aspects of the defensive side of the game which he’ll have to tidy up just like any young player.”

Previous ArticleIt’s Now or Never:“You get older and you realise that tournaments are hard to get to, hard to play in,” Callum McGregor
Next Article Video – Jota on Celtic’s Greatest Achievement in his Hometown of Lisbon and how he got his First Celtic Scarf as an 11 year old