You are at:Home»Latest»Italian Duo Differ In Responses To Celtic Managerial Link

A number of names have been linked with the sporting director and manager’s positions at Celtic Park in the summer. One such name is Italian coach Walter Mazzari, who has reportedly signalled his interest in taking over from Neil Lennon, whilst his countryman Enzo Maresca has remained tight lipped on reports linking him with the role.

The former Inter Milan, Napoli and Watford boss is said to be considering putting himself forward for the vacant managerial post at Celtic, according to reports by the Sunday Post. Mazzari is currently unemployed after being dismissed by Torino last season, however he is thought to be keen on a return to management and is “evaluating” whether or not to go for the role. Despite being sacked in his latest role, he is a Coppa Italia winner and comes with a prestigious reputation.

On the other hand, Maresca, who the Sunday Post described as a “dark horse” for the job, has been quiet on his interest. He is currently managing Manchester City’s development side, but has been connected with a role in conjunction with City’s loan manager Fergal Harkin as sporting director. Maresca has an impressive CV in football, having lifted the Serie A title with Juventus and both the UEFA Cup and Copa del Rey with Sevilla. He later became an assistant manager at the Spanish side and acted as Manuel Pellegrini’s number two at West Ham United.

Those two Italian names may be interesting, but John Kennedy remains the favourite to succeed Lennon on a permanent basis, while Eddie Howe, Dan Petrescu and Frank Lampard have also been mentioned among the front runners. 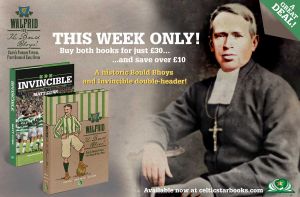 Previous ArticleJohn Kennedy Has No Chance Of Being Celtic’s Next Manager, McAvennie Says
Next Article Photo Of The Day: Patsy Gallacher With His Sons On A Historic Day At The End Of Season 1947/48