You are at:Home»Latest»“A credit to the character of the people we’ve got representing this football club,” Ange Postecoglou

Ange Postecoglou surveyed the cost of the League Cup win coupled with the effort across Cinch Premiership and Europa League matches in December and realises that his squad are paying a hefty price in terms of injuries being picked up as a direct consequence.

Yet there will be zero compromises made from the Celtic manager who is determined to maintain his non-stop aggressive football which the Celtic Support is absolutely loving. And the key to sustaining this will be stage two of the rebuild when a minimum of three high quality recruits are due to arrive in Paradise and with maybe a few more too. And the upcoming winter break also gives three additional weeks to return the likes of Jota, Turnbull and Forrest to full fitness and allows the battle weary troops from Celtic’s gruelling December campaign to rest up and recover from what will have been the toughest physical challenge of their careers so far. 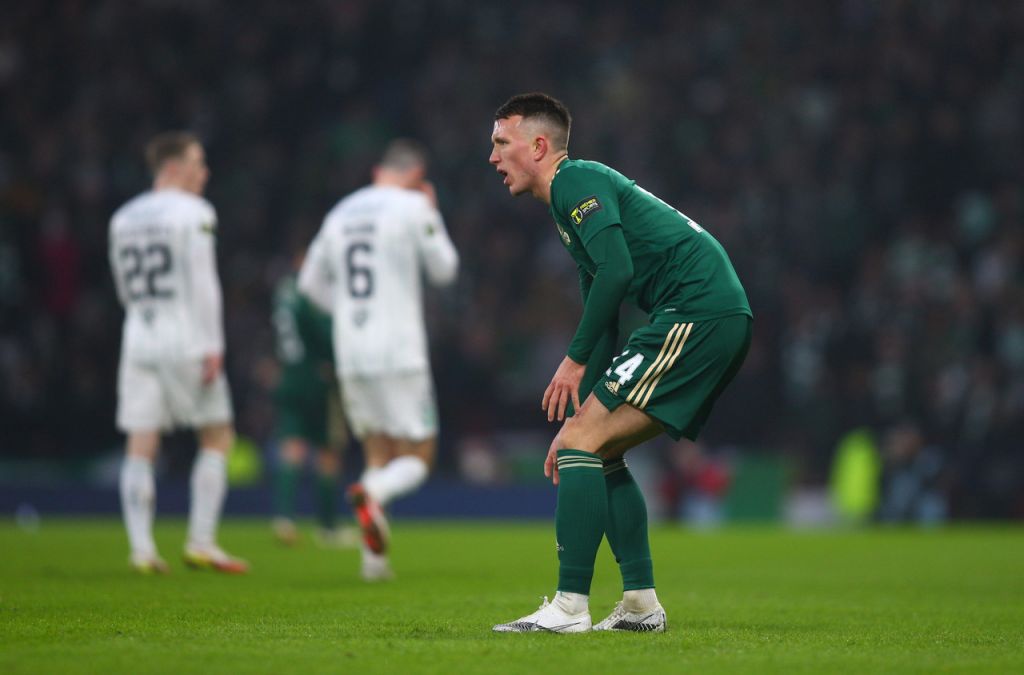 “Since the last break, we are going to have I think 13 games in the space of maybe six weeks. No other club has that, by the way. So that is going to have an attrition, particularly when we are talking about having a limited squad and limited options,” Ange reflected yesterday, speaking to the mainstream media, as reported by Daily Record.

“We can’t wait to get our players back and, hopefully, some reinforcements in January. And then we can certainly build from here.

“I think it’s too much football, but at the same time, I also understand that we are in Europe, we were in a Cup Final and we have brought it upon ourselves in many respects. If we had a more rounded squad, if this team was a year further down the track or two years down the track where we were more settled, then I think we could navigate ourselves to be better off than we are now at the moment.

“But the important thing, don’t forget, is that the resilience we’ve shown is something we’ve got to keep. It doesn’t mean it gets any easier when these guys get back. The challenges will still be there, it’ll just be different.

“It’s a credit to the character of the people we’ve got representing this football club at the moment that they have embraced that challenge. I guess that’s what you try to instil in the players is to say that, whatever obstacles we have ahead of us and whatever challenges, even the extreme ones we’ve had so far and they have been extreme, we haven’t made excuses.

“We’ve been missing some significant talent in one part of the field. Josip Juranovic played three positions (at Hampden). To do all that in the run we’ve been on has just been incredible.” 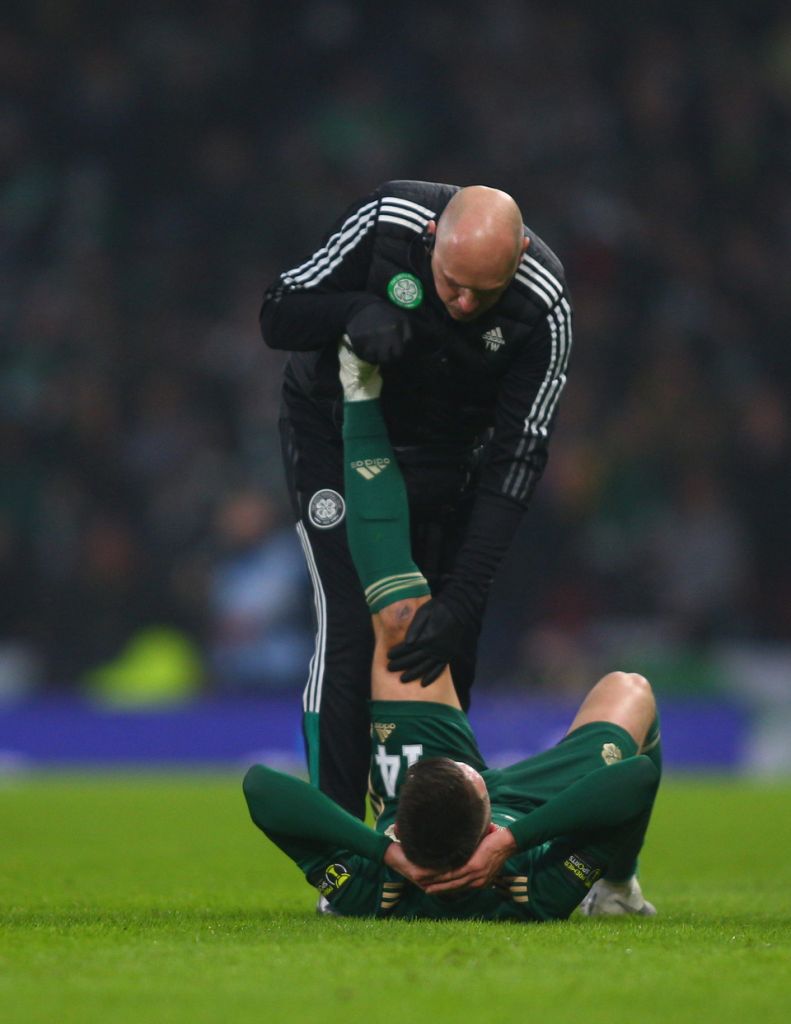 David Turnbull, who has played more minutes than any other Celtic player under Postecoglou was the latest to suffer a hamstring injury, that happening in the first half at Hampden on Sunday. It’s no coincidence according to the manager nor is it down to bad luck.

“It’s not bad luck. We’re playing too many games. People can talk about it as much as they want and, because we don’t have the squad to rotate players at the moment, we are paying the price.

“And we are playing a certain brand of football that puts pressure on players. David hasn’t missed a game, so I don’t think it takes too much investigation to understand that his body is fatigued.

“It’s not that it’s a price I’m willing to pay because I don’t want players to get injured, but I didn’t want to compromise our football and take the foot off the pedal because I knew there were going to be this many games. I just figured: Well let’s just go for it and we hope to hang on until the break.” 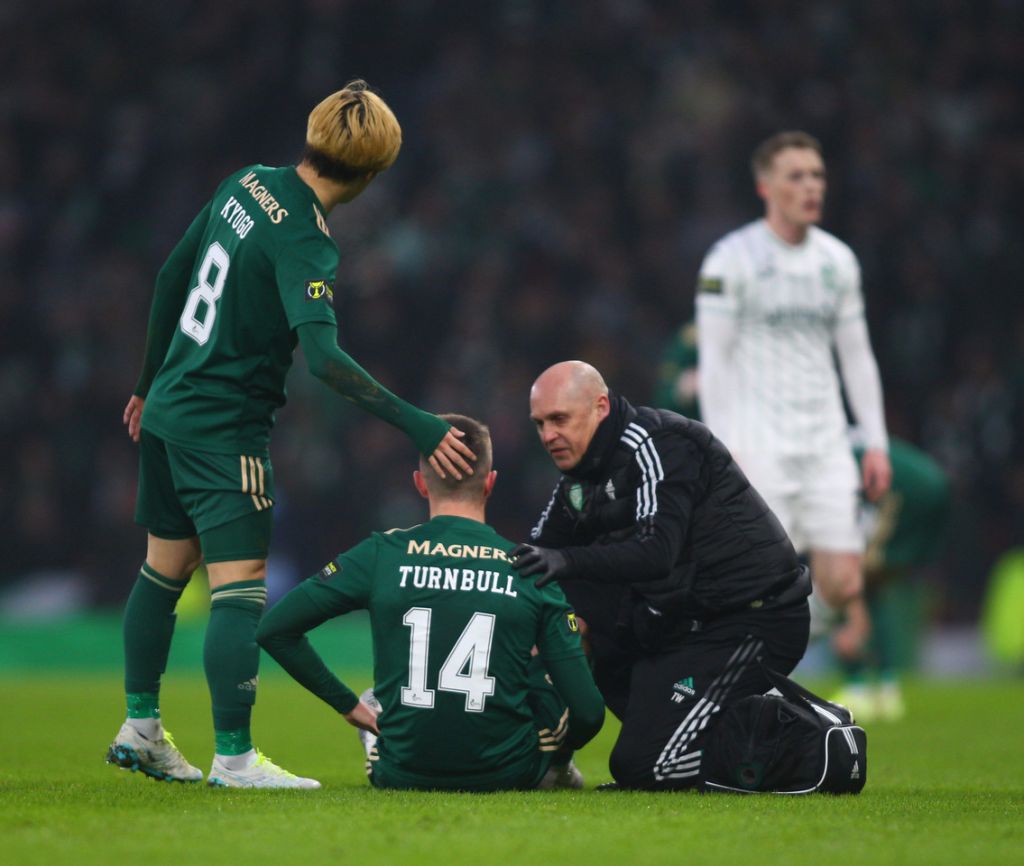 Asked if his players would be stepping off the gas in the games ahead the Celtic manager was clear in his response: “No they’re not and it’s the only reason we are being successful at the moment. You can’t hold back. It’s all-in or nothing and I’ve said that to them from day one. Whether it’s training or playing, you’ve got to be totally into this.

“There are at least two or three out there (feeling it). Mikey Johnston is nowhere near 100 per cent fit, but I thought he was outstanding, real maturity from him to put his injury to one side and contribute to the team. There are a lot of those examples.

With a @CelticFC squad heavily depleted I have been impressed with the contribution of Nir Bitton. No matter where he is asked to play he just gets on with it and gives us his all. HH pic.twitter.com/51Su4GFR8w

“David has been unbelievable for us. Not just the quality of his play, but he is playing every game. I’m putting him out there every time because we need him and we don’t have a lot of options there.

“I was gutted for him because he deserved to be out there at the end, but hopefully it is nothing too significant and we will get him back pretty quickly.”