You are at:Home»Latest»It’s Goalless at The Interval at Easter Road, thanks to the Willie Collum Disadvantage Rule

It’s Hibs 0 Celtic 0 at half-time at Easter Road, thanks mostly to Willie Collum! An outstanding Odsonne Edouard free kick curled into the top corner but the French striker looked bemused as the fussy referee decided that he was unhappy with the Hibs wall moving towards the ball, so ordered a re-take.

Hibs had one chance in the opening 45 minutes when they won a corner and McGregor jumped to head over, with Ajer rooted to the spot as usual. If it was on target Celtic would have been behind. Interesting to note that Kenny was positioned on the back post for that corner, it took until the last game of the season for Celtic to figure that one out. 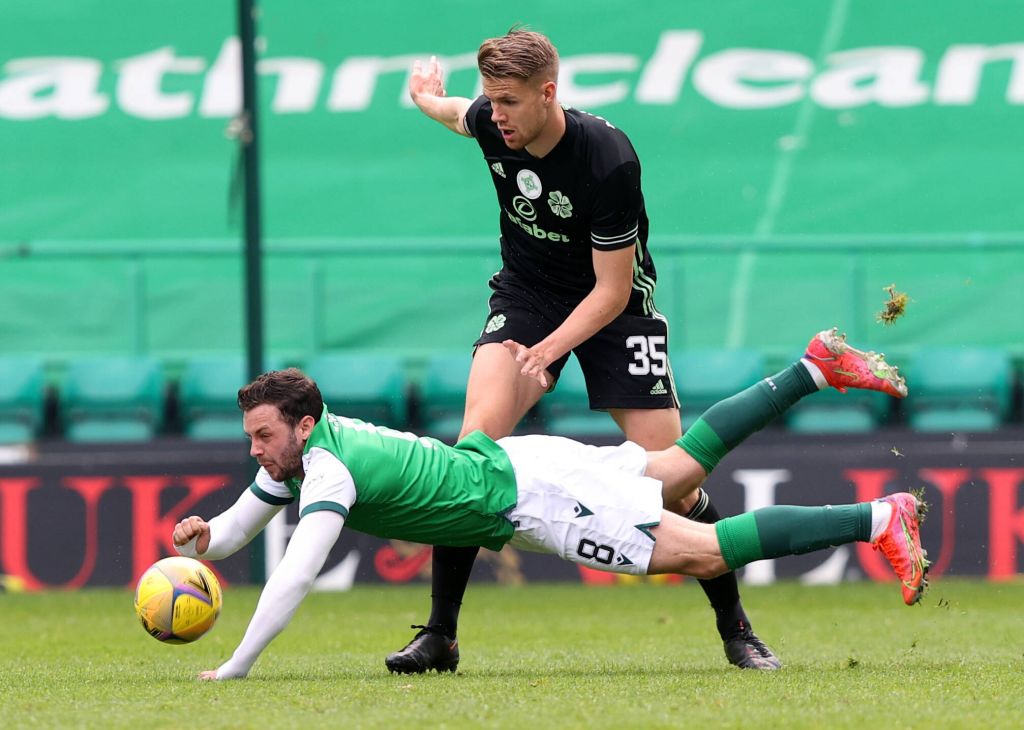 Kenny was caught napping and allowed the Hibs attacker to get a march on him in the early stages. The Everton right-back, surely playing his own last game for Celtic, pulled him back and Willie couldn’t;t want to show him the first yellow card of the game.

Moi Elyounoussi was actually pulled back twice inside the Hibs box but stayed on his feet. Willie didn’t want to know. The Norwegian should have had at least one goal but was wasteful after initial good play on three occasions.

Edouard’s disallowed goal and a miskick from Christie on a rebound were the other notable incidents in a first half that Celtic have controlled and Hibs are simply trying to get the game out of the way, with the Scottish Cup Final on their minds.

Scott Brown has had a quiet first half. Here’s his last ever Huddle… 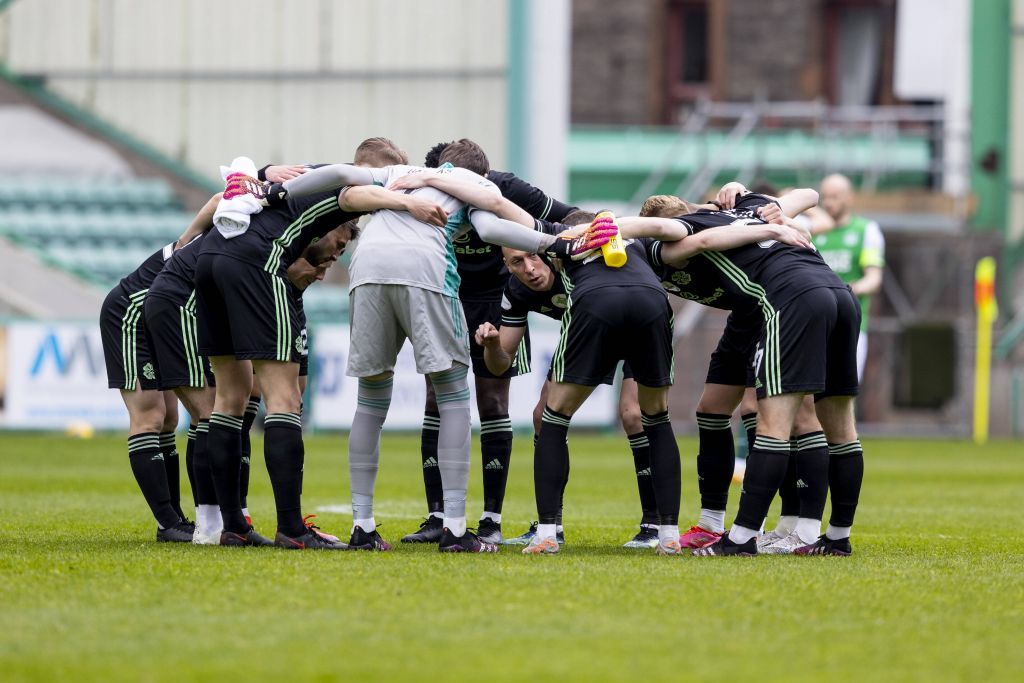