You are at:Home»Latest»“It’s incredible,” Odsonne Edouard on those Beautiful Sundays

Crystal Palace striker Odsonne Edouard has been looking back at his four years at Celtic in an interview with UUM. Edouard was asked about playing For Celtic against theRangers in the Glasgow Derby matches and he focused on the non-covid matches when fans were at the games.

Beating theRangers at Celtic Park, Ibrox and Hampden, usually on a Beautiful Sunday, is something that none of the Celtic players at the time will ever forget, regardless of what they go on to achieve in the game or how much money that they make playing in the English Premier League. Nothing will compare to a Beautiful Sunday win For Celtic in a Glasgow Derby. 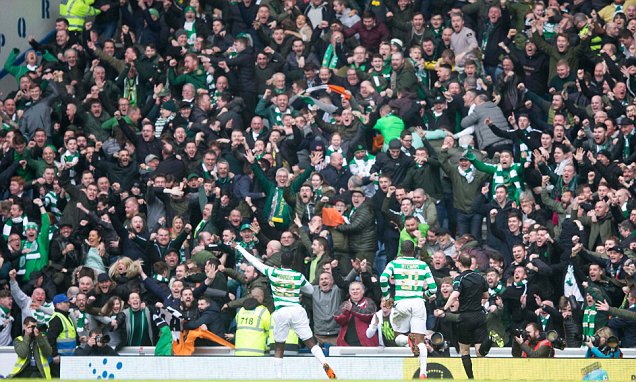 “It’s incredible, an atmosphere like this,” Edouard stated on UUM. “When we played (the)Rangers at Celtic Park, with the Celtic fans it’s crazy.” Asked about scoring against theRangers, French Eddie, as the fans affectionately called him, had this to say: “I can’t explain, you have to live this to understand what I feel. The atmosphere when you score during this game is amazing.”

Edouard also revealed that his double against Hearts to turn around the 2019 Scottish Cup Final remains his career highlight to this day. “It’s the best feeling, the best, because when you are a player you play to win titles, and score in games like this, and after you win the title, it’s unbelievable.

Odsonne finished by sending a message to the Celtic Support: “I stayed four years there. I have some good memories, some good titles, so always (be grateful for them).”

The atmosphere at Celtic Park, scoring goals in the Glasgow Derby & The Treble Treble.

Odsonne Edouard speaks highly of his time at Celtic in an interview with UMM 🍋💚pic.twitter.com/HekoIo0KN9

Celtic: The Martin O’Neill Years with Sutton, Stan and Jackie Mac
“We could have done with his leadership in the second-half,” Ange on Calmac
Celtic’s Glass Half Full at Midway Point in Champions League, Group F

"It's incredible, I've never seen an atmosphere like this. When you play against Rangers at Celtic Park, with the Celtic fans it's crazy." – Odsonne Edouard pic.twitter.com/xMcqgHgfln

Previous ArticleKyogo: “Many players go from Scotland to the EPL…Good results could open that path for me”
Next Article Miller scoffs at Nineties Celtic Comparison and compares Ange Postecoglou to Billy McNeill