CELTIC this evening have confirmed the news that The Celtic Star broke earlier today, that Moi Elyounoussi has re-joined Celtic from Southampton for another season long loan deal.

The Norwegian internationalist spent last season with the Hoops on loan from Southampton, playing his part in the club’s nine-in-a-row title success. The great news has been announced on the official Celtic website.

The 25-year-old made his debut in a 1-0 win away to Hamilton Accies back in September last year, while he netted the first of seven Celtic goals in a UEFA Europa League group-stage victory over CFR Cluj at Celtic Park. 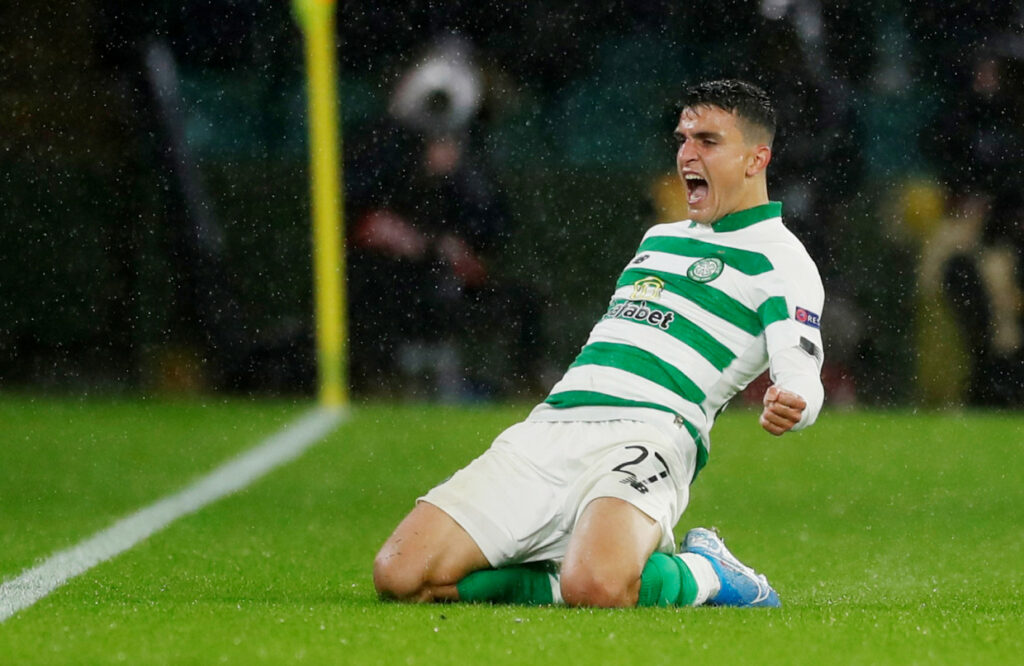 He also scored doubles in the 6-0 home win over Ross County and the 5-2 League Cup semi-final win over Hibernian, and he picked up two medals with Neil Lennon’s side last season – the League Cup and the Premiership. And the attacker was part of the first ever Celtic side to win a competitive match in Italy, when the Hoops beat Lazio 2-1 in Rome.

Celtic fans will be delighted that Moi has returned to Paradise for the 2020/21 season, ready to play his part in what will be a momentous campaign ahead.

The Celtic Star told you that Celtic and Real Betis were interested in reaching a deal with The Saints and it looks like the player’s decision has been to opt for the glory of helping Celtic go for ten-in-a-row and compete for the four domestic trophies that Callum McGregor was talking about, rather than a year enjoying the Spanish sunshine.

We are delighted to announce that @Moielyo has signed a new season-long loan with the #9INAROW Scottish Champions! 🍀

Previous ArticleThree Fraser Forster alternatives for Celtic – A declining star, an emerging international and a cheaper option
Next Article Celtic transfer round up: Mixed news on Forster and Elyounoussi, Bauer departs and Belkebla latest