You are at:Home»Latest»“I’ve seen a lot of centre halves who decide, “Hmm, I think I’ll duck out of this one for a while’ and that’s the problem,” Martin O’Neill

Former Celtic manager Martin O’Neill gave his verdict on Sky Sports on the 1-1 draw yesterday on the Glasgow Derby and while he was happy to praise some of his old club’s forward play he was highly critical of the set-piece defending for theRangers equaliser.

“It was a tame opening 15 minutes but after that Celtic got the goal and had enough chances then to go on and win the game,” was MON’s initial assessment. “But old frailties then came up again – set piece goals – and they’ve allowed (the)Rangers into a match that they were dominating at that particular time.

“Then half time has come and I was really looking forward to the second half. But I thought it fizzled out and maybe Ally McCoist was right when he said maybe a draw was a fair result.

🤣Martin O’Neill, Kris Boyd & James McFadden try to come to an agreement over the incident which saw Odsonne Edouard booked for simulation… it didn’t go to plan!

The Celtic captain thought it was a stonewall penalty. What did you make of it? pic.twitter.com/WGFJhJtEwg 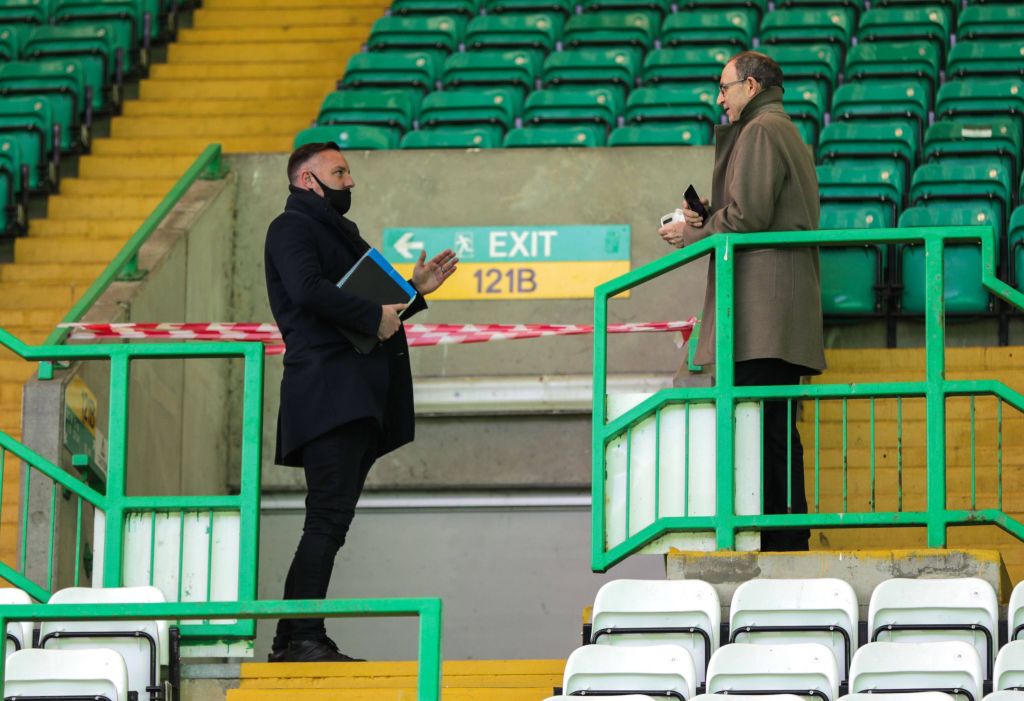 “But in terms of build up play I thought Celtic were absolutely fine. But as Scott Brown has mentioned build up play is one thing, actually finishing it off is a totally different matter and they’ve been unable to do that this season.

“Today was almost symptomatic of what they’ve been feeling over the course of the year,” O’Neill added echoing the views of the Celtic support who have been watching the same things happening all season long.

“Celtic’s front two did exceptionally well. I think after the first 15 minutes Edouard started to show what he is capable of doing,” O’Neill added. “He’s a class centre forward but sometimes he just plays outside the penalty area and decides, ‘If it’s laid up to me I’ll do a little turn,’ but not try to finish it off. 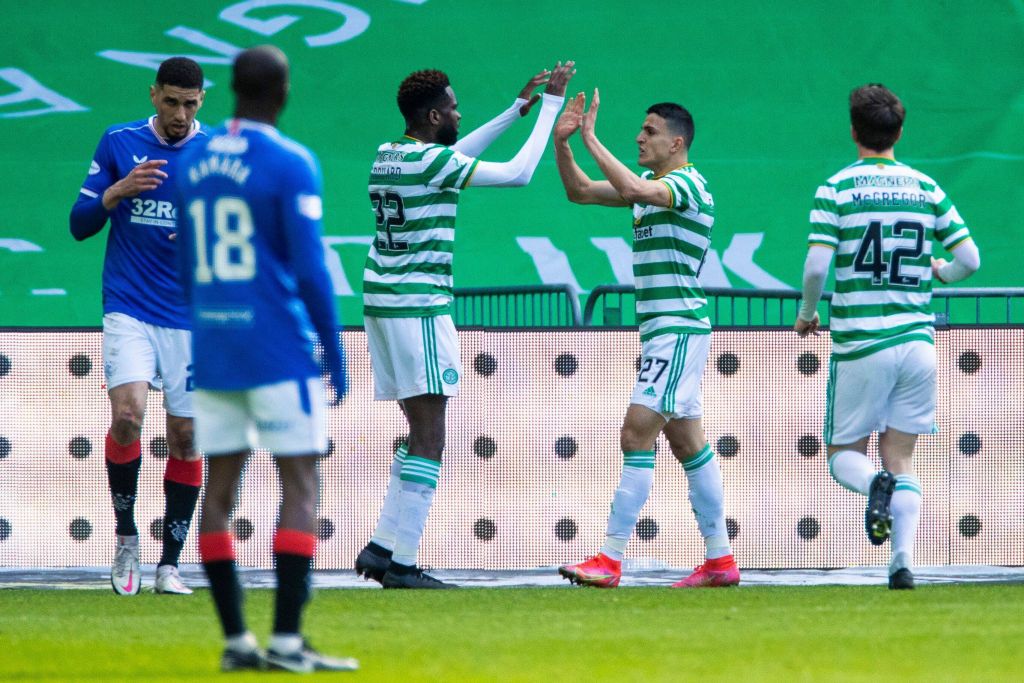 Looking at theRangers goal scored by Alfredo Morelos – Celtic conceding from yet another set-piece – O’Neill pointed out in some detail how his Celtic side from two decades ago seldom if ever lost that kind of goal, with the likes of Bobo Balde, Johan Mjallby and Joos Valgaeren determined to win their headers, backed of course by the likes of Chris Sutton and John Hartson. O’Neill explained how he set his Celtic team up to defend corners and free kicks.

“What I preferred myself was to have my best header to go free. Let him try to pick out the flight of the ball and then go and head it. If that’s the case and he feels that’s his job – and he wants to do it and some of my defenders really wanted to do it – that’s fine. He’s going to win 75 per cent of them,” MON revealed. 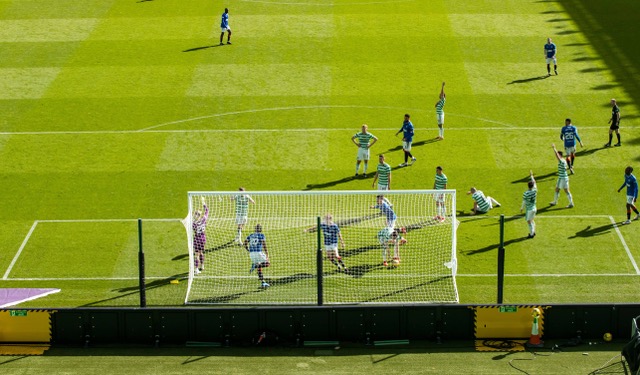 “I had a lot of players who wanted to head it and that’s why we didn’t concede too many. But the most important thing is that they wanted to head the ball.

“I’ve seen a lot of centre halves who decide, “Hmm, I think I’ll duck out of this one for a while’and that’s the problem. Those players you just mentioned all wanted to go and head the ball and I had great trust in them to go and do that.

“What’s important is It sends a message out to the opposition as well. Because they know those particular players that they are in opposition with will want to head the ball so they’ll give them a clear passage,” the former Celtic manager added.

Then he pointed out the second fault, the lack of a man on the back post, who would have cleared the effort before Morelos bundled it into the Celtic net. 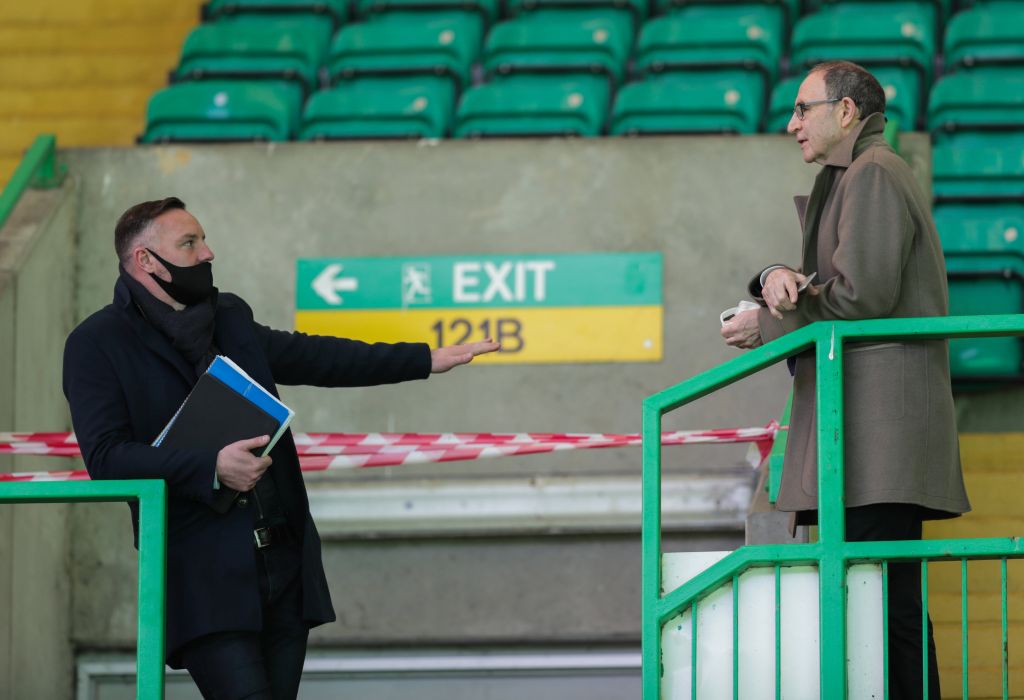 “I think if they had a man at the back post he probably would have been able to see that situation and probably dealt with it just before Morelos got it.

“That’s debatable but we’ve discussed this point before. I’m surprised, amazed that teams do not have a man on the back post. You can place men all over the place defensively but you need to have someone on the back post because someone is going to get a flick, whether it’s an out-swinger or an in-swinger doesn’t really matter,” Martin O’Neill added.

“People are not getting touches or full blooded headers on the ball. And inevitably it’s coming into that area. It’s got to be defended.

“Then you go with what that goalkeeper wants – for at least one goal – and then after that you decide what to do!”

Previous ArticleVideo: “We deserved more,” Elyounoussi reckons Collum made wrong call on the penalty claim
Next Article Stephen Welsh Has Shown He Can Be A Regular Celtic Player Going Forward