You are at:Home»Latest»Jack Ross is looking for a positive result against Celtic

Jack Ross’ Hibernian side have already managed to take points off of Celtic already this season after an impressive 1-1 draw at Easter Road the last time the two side met, which were also the first time Neil Lennon’s side had dropped points this season. And when he takes the Edinburgh team to Celtic Park on side, he will be looking to do the same and maybe go even further if possible.

Celtic have already won the Scottish League Cup by beating the Rangers but they will know that there is still work to be done. The reigning Scottish champions currently sit two points clear at the top of the table but they will know that with Steven Gerrard’s men breathing down their necks, anything but a win could see that lead cut into and possibly even overtaken. 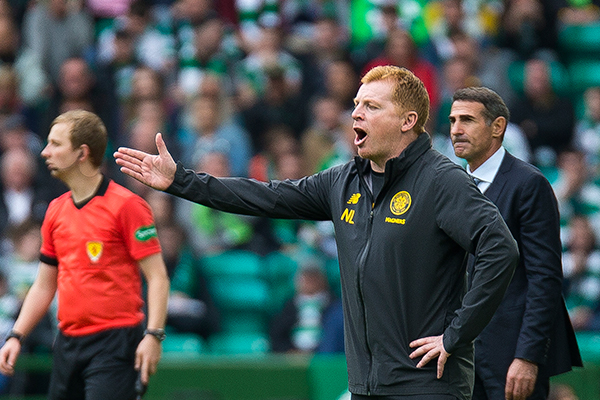 Jack Ross’ sides have given Celtic problems in the past. And leading up to the match, the Hibernian manager has claimed that he is confident in his team’s abilities and will go into the game looking for a positive result. As reported by Sportsmole, Ross said:

“I have lost both games though, so would I rather have had positive results and maybe not had plaudits? Perhaps.

“But it depends what you have got at your disposal. I went there in different circumstances but particularly the St Mirren team I went with, we had a good attacking threat.

“I have got that within this squad and it’s how we have set up in the games we have had to date.

“It would be remiss of me as a manager to try and play in a positive way if I didn’t have the players that suited, but I have got a squad that suits playing that way, irrespective of the opposition and the venue.

“That’s what we will try and do on Sunday. That’s not being blase about it because it’s not easy to do, because you have got to deal with the other part of the game properly as well against a really good team.

“But if we can get that right then we believe we have enough of a threat in forward areas to do that as well.”

After resting a number of their stars in the midweek Europa League tie against CFR Cluj, Celtic will be heading into the game with a fresh squad. And Hibernian being positive will only open up more opportunities for the Hoops to score.

Jack Ross is looking for a positive result against Celtic…see HERE.

Previous ArticleElyounoussi Promises to Destroy the Rangers
Next Article Opinion: Celtic must hold on to Craig Gordon in January