You are at:Home»Celtic Women»Jacynta stays as Player of the Year signs new Celtic deal

Jacynta, the Celtic FC Women Player of the Year, has today signed a contract extension that will keep her at the club for at least one more season. The Australian ball-player was superb in the Scottish Cup Final win over Glasgow City on Sunday at Tynecastle where Celtic were forced to play 80 minutes of football, including half an hour of extra time with ten players after the controversial decision by the referee to show Jodie Bartle a red card.

Jacynta alongside the likes of Clarissa Larisey, Old Chance and Sarah Harkes kept the Hoops on the front foot despite the numerical disadvantage and with Charlie Wellings running herself into the ground up front, the entire team was a credit to Fran Alonso – what he as achieved at Celtic, on a shoe-string budget (roughly a third of what theRangers spend) is pretty remarkable. 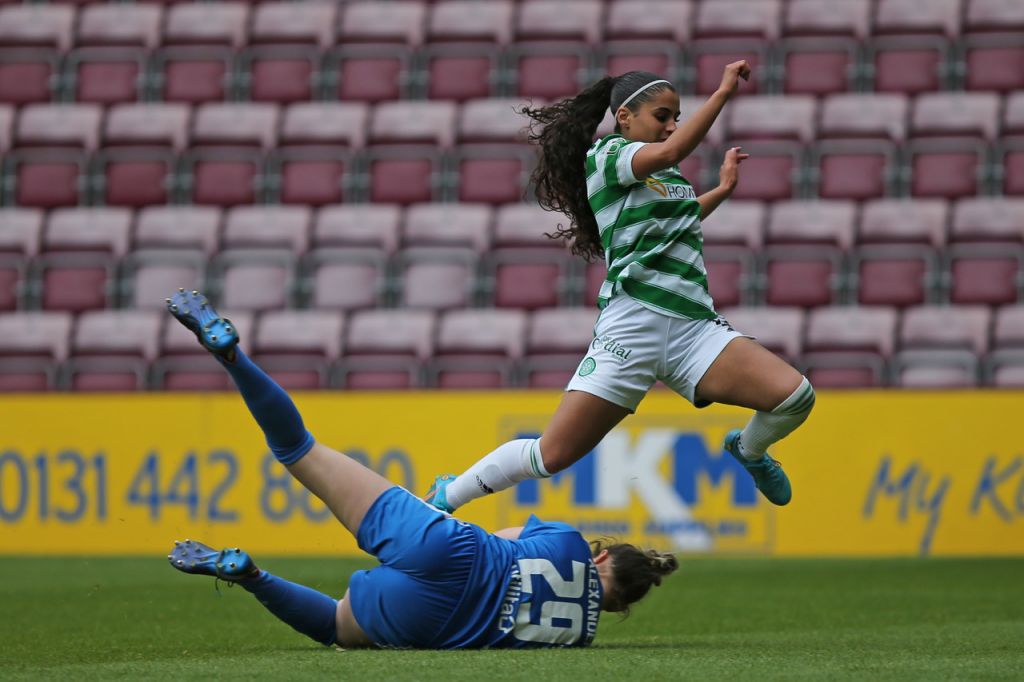 The contracts for the women’s team – just a few years into professional status – are generally shorter that the deals signed by their male counterparts at the club. Last week both the skipper Kelly Clark and Caitlin Hayes both signed contract extensions and now it’s Jacynta’s turn.

Hopefully there will be extensions for plenty of the other players who have done so well this season in winning both cup competitions. Knowing Fran Alonso though, one thing is certain, he will be desperate to add the league title to his Celtic achievements next season and with Jacynta staying that is clearly a major plus in serving to achieve that goal.

Michael Nicholson and other members of the Celtic Board were at Tynecastle on Sunday, in a crowd just short of 4500. The television audience will have been significant though and they were treated to a marvellous match with a brilliant against all odds Celtic performance and victory. 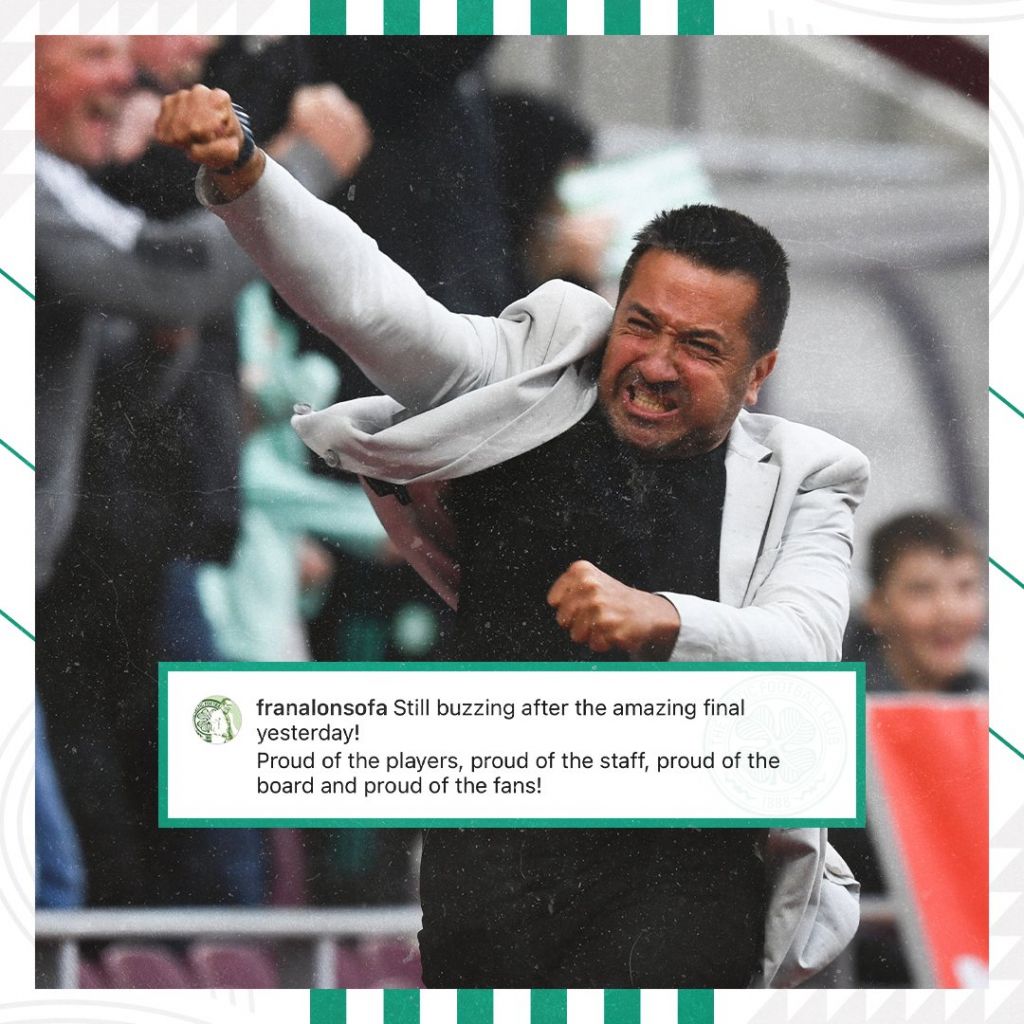 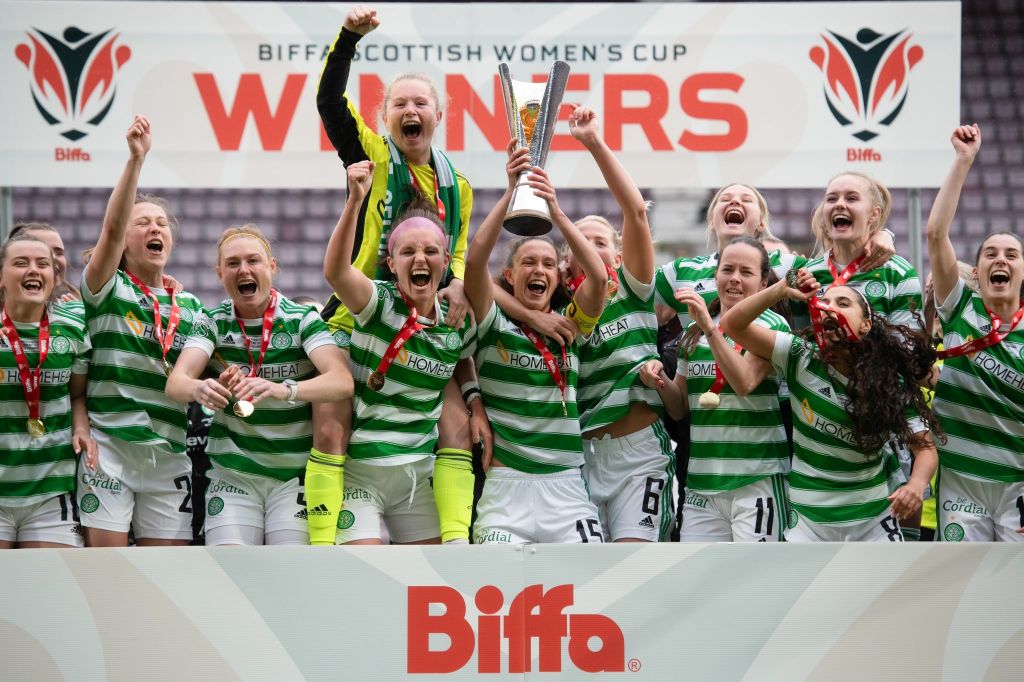 It’s one thing to say that the Board need to back Fran, and we believe that they will, but it’s another to note that the Celtic support needs to get behind the team more. Sunday’s ticket prices were just £5 for adults with Under 13s getting in for free and frankly it was the best fiver I’ve spent all season.

Perhaps the biggest challenge is finding a home to play the Celtic FC Women and indeed the B Team games – whether that’s in the Lowland League or a new Reserve League (as seems more likely). We mentioned a few options on this last week, with some readers also suggesting Lesser Hampden.

But for the moment, with the glow from the club’s first ever Women’s Scottish Cup win still putting smiles on our faces, it’s great to see Jacynta committing herself to the club with this contract extension.

Player of the year Jacynta has signed a contract extension and will be wearing the Hoops for another season 🍀🤩#COYGIG | @CelticFC pic.twitter.com/OV4HEUG0Uz 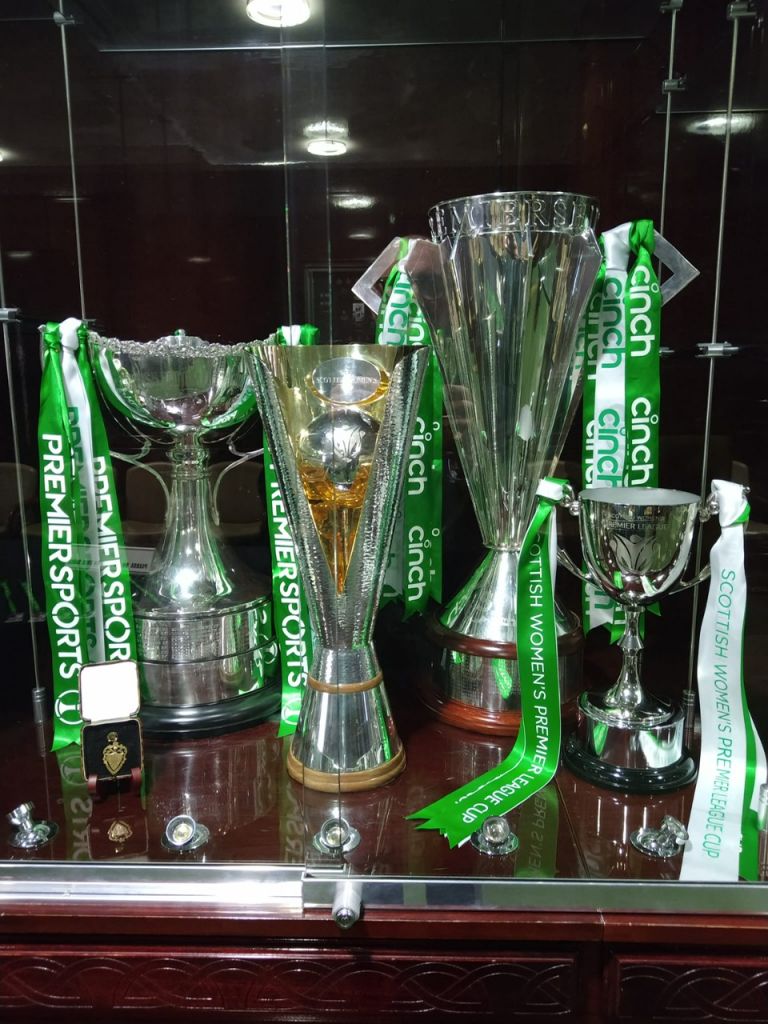