You are at:Home»Latest»January signings impressing Scott Brown ahead of new season

SCOTT BROWN has said that the January recruits Ismaila Soro and Patryk Klimala have showcased their talents to him and the rest of the Celtic squad ahead of the new season. The Celtic squad left Loughborough for Lyon yesterday and the Celtic captain told the club website that he was impressed by what the youngsters had to offer.

Neither the midfielder nor the attacker made any real impact as Neil Lennon opted to maintain the same players as the club won a record-equalling 9IAR. 35-year-old Brown believes that the new Bhoys know what the expectations of the club having had a number of months to bed in and settle into their new club. 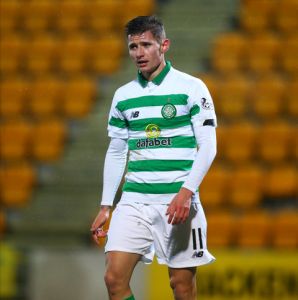 “They both know we’ve got to turn up, and we’ve got to win every single game. They know that, they work hard in training and here’s hoping they keep pushing on because we’re going to need the squad this season, that’s for sure.”

The Polish striker joined Neil Lennon’s side from Jagiellonia Białystok in January but failed to really make an impact as Leigh Griffiths and Odsonne Edouard’s red hot form fired Celtic to their 9th title amidst a global pandemic. 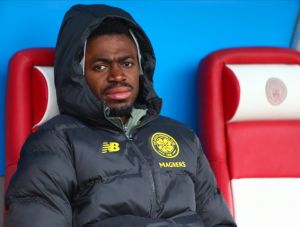 Meanwhile Soro joined from Bnei Yehunda Tel Aviv in January but is yet to make an outing for the Scottish Champions. Both players will be hoping that they are given ample time on the pitch in the upcoming matches against Lyon, PSG and Nice.

Leigh Griffiths’ omission from the club’s pre-season schedule opens up an opportunity for Klimala to showcase what he can do.