You are at:Home»Jim's Diary»Jim Craig – Alec Boden and Evan Williams

Centre-half Alec Boden joined Celtic from St Mary’s Duntocher Boys Guild in August 1943 and was called up almost immediately to the forces, where he became a Physical Training Instructor.

Four years later, after loan spells with Forres Mechanics and Cowdenbeath, Alec made his Celtic debut as a stopper centre-half and became a regular over the next few seasons.

His biggest moment came in the 1951 Scottish Cup Final, when after John McPhail had scored the only goals in the 12th minute, Alec and his defensive team-mates held the Motherwell attack at bay for the rest of the game.

That was followed by a tour to North America, where the presence of the Scottish Cup drew exiles form miles around to see the Celts in action over nine matches.

Over the next few years, Alec was also tried out in various positions in the forward line, eventually leaving Celtic for Ayr United in 1956 before taking a coaching position with Clydebank in early 1958.

And on this day in 1958, Alec Boden returned to Celtic Park as coach, later taking on roles as trainer and scout. 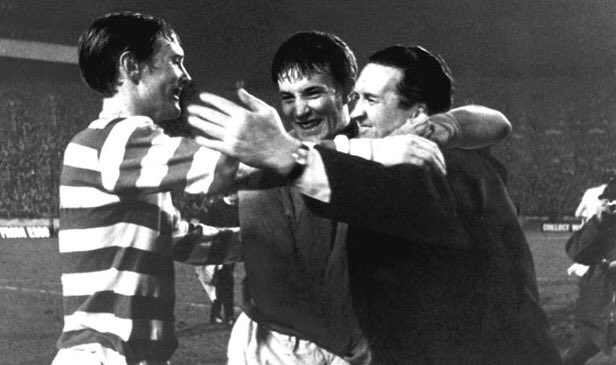 Many Happy Returns to Evan Williams, celebrating his 75th birthday today. Only a few weeks ago, my wife and I had the pleasure of Evan’s company at a Celtic Supporters’ evening in Oban and he was in good form.