After one season with Aston Villa, where he never made the first team, Brian McClair returned to Scotland, signing for Motherwell in 1981. During the next two seasons, the striker scored 15 goals in 40 games and caught the eye of more than one bigger club.

However, Billy McNeill made the first move, forking out £75,000 to bring Brian into Parkhead on this day in 1983 ostensibly as a replacement for the Arsenal-bound Charlie Nicholas. It did not take Brian McClair long to show the goal-scoring form which Cesar had hoped he would demonstrate and he went on to score 120 goals in a 199-match Parkhead career before heading south to Manchester United. 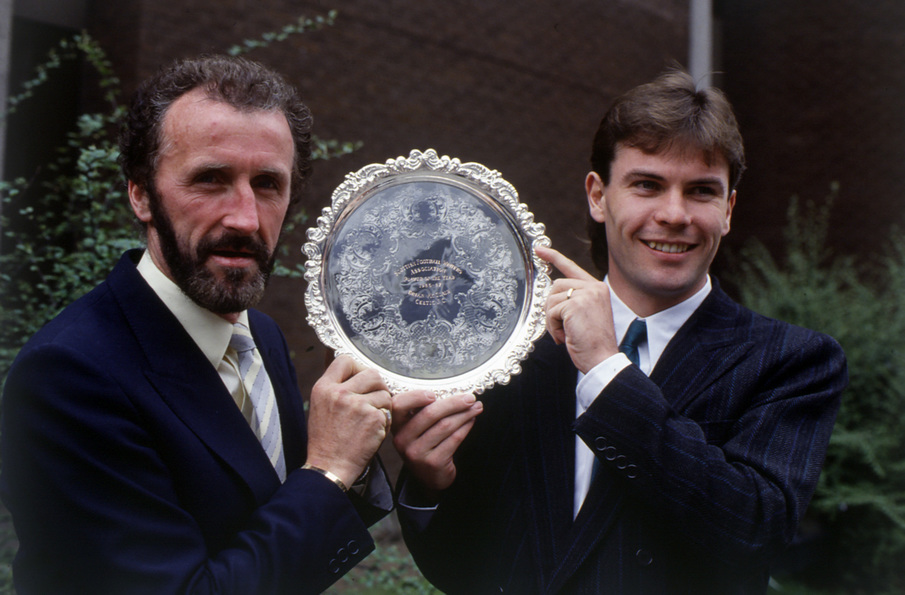 On this day in Shotts in 1873, Willie Orr was born. In his late teens, Willie played for Airdrie Fruitfield and then Airdrie FC before leaving the Diamonds for Preston North End in October 1894.

Three years later, Willie was signed by Celtic, making his debut against Hibs at Celtic Park on 4th September 1897 when Celtic won 4-1. Over the following ten years, Willie made 212 appearances for the club, with 23 goals, taking part in some wonderful moments. He was captain of the team when Celtic beat Rangers 3-2 in the Scottish Cup final of 1904 and was also skipper when Celtic picked up the first two of the six-in-a-row between 1905 and 1910.

After retirement in 1908, Wilie Orr became a director of Airdrie but then took over as manager in 1921, leading them to the greatest day in the club’s history when they beat Hibs in the final of the Scottish Cup in 1924.