After two years in charge of Stoke City, Lou Macari arrived as manager of Celtic on 26 October 1993. It was, perhaps, a surprising choice by the Board but as an ex-player, Lou took over with the best wishes of most Hoops fans.

Four days later, on this day in 1993, came his first match in charge, when he led his troops over to Ibrox for the 3rd Glasgow Derby clash of the season. Wisely, Louie had left team selection to coach Frank Connor, who had been at Celtic Park for a few months and he chose this eleven to represent the club. 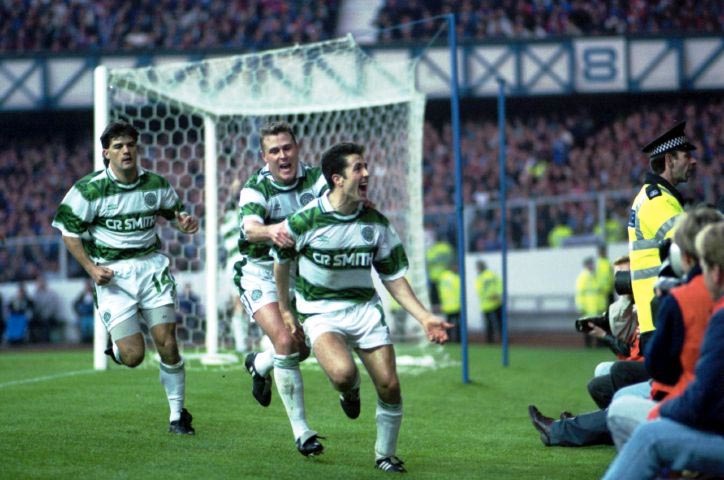 Rangers opened the scoring but John Collins soon equalised for Celtic and from then on, it was the usual frenetic contest. It looked likely to finish as a draw but, with only a minute left, substitute Brian O’Neill, on for Charlie Nicholas, headed the winning goal to get Lou Macari’s tenure at Parkhead off to a winning start. 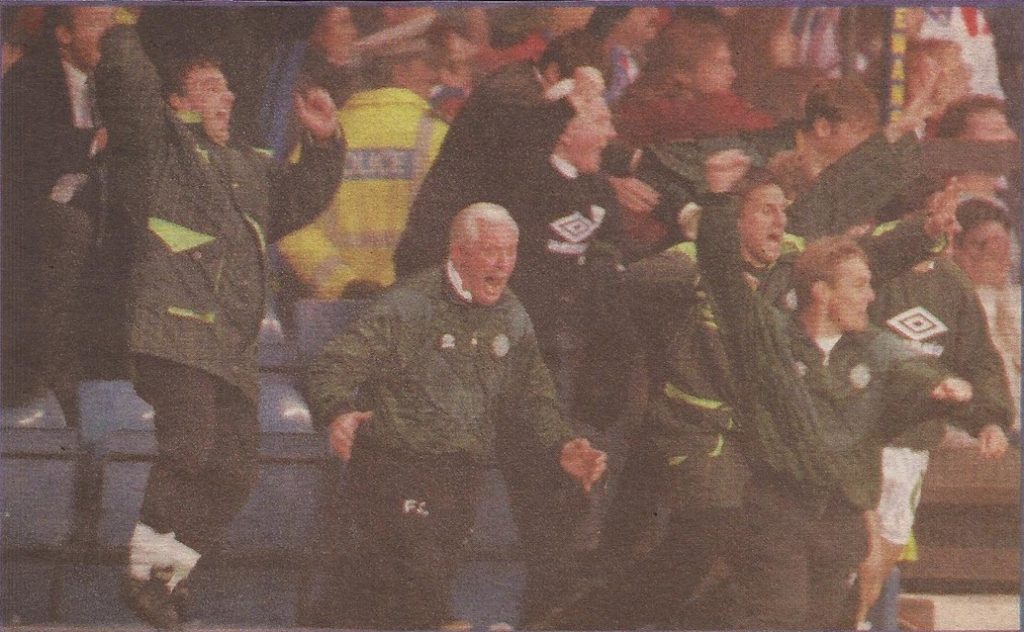 Mick Dunbar – born on this day in 1865 at Cathcart – joined Celtic in 1888, just in time to play in that opening match against Rangers, when Celtic won 5-2. Over the next 9 years, Mick made 32 appearances as an inside-left and on his retirement in 1897, he became a director of the club.