On this day in 1949, Bertie Peacock made his first-team debut for Celtic.

It was not the most auspicious of matches, as Celtic were beaten 3-1 by Aberdeen at Parkhead but it was the first of a distinguished career for the man from Northern Ireland, who played his part in all the major Celtic moments of the 1950s, like the Scottish Cup victory over Motherwell in 1951; the Coronation Cup success two years later; the League/ Scottish Cup double of 1953/54, the first for the club since season 1913/14; the first League Cup success against Partick Thistle in 1956; and probably Bertie’s proudest moment in Celtic colours, the day he captained Celtic to another League Cup win by beating Rangers 7-1 in the sun at Hampden in 1957. 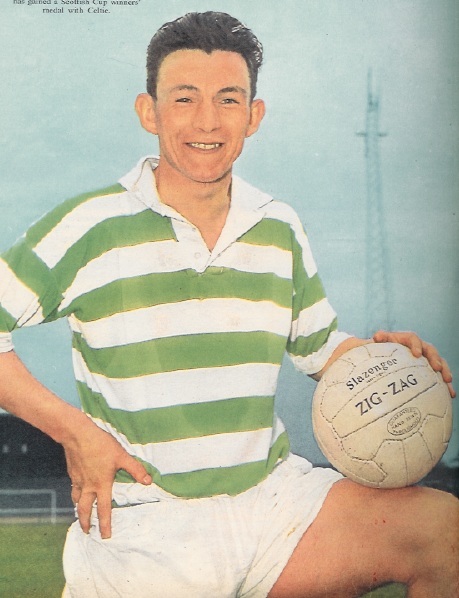 All through this period, Bertie also represented his country 31 times, the highlight the World Cup finals of 1958 in Sweden. After 453 appearances and 50 goals in the Hoops, Bertie Peacock returned to Northern Ireland and a post as player/manager of Coleraine in 1961.

Many Happy Returns to Derek Whyte, born on this day in 1968. 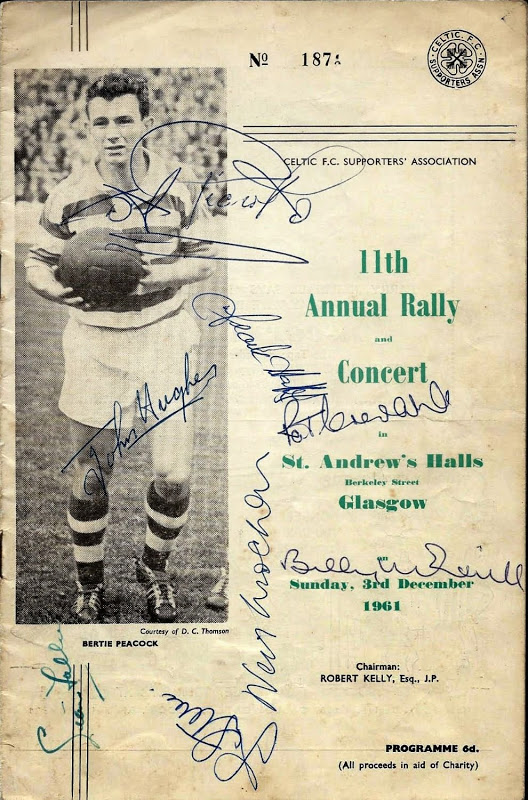 Previous ArticleNow Dembele likes Sutton’s tweet saying the did was aimed at Rodgers
Next Article Dembele latest: “A lie has many variations, the truth none,” Moussa