You are at:Home»Latest»Jim Craig – Celtic benefit from a remarkable Christmas Eve Honest Mistake

In season 1955-56, just before Christmas, the number one spot in the league table was vacillating between two sides.

Celtic had lost the position to Hibs when the Hoops were beaten by Kilmarnock at Parkhead but then got it back again the following week when the Hibees had been beaten by Rangers at Ibrox.

On this day, in 1955, Hibs hosted Celtic at Easter Road. Snow had fallen during the week all over the country and conditions were far from ideal for the game, with a pitch that was hard and slippy.

Jock Stein was at centre-half in a Celtic side which had to work hard against a determined Hibs, and the the goals arrived at regular intervals – Neil Mochan (20), Bobby Combe (43), Mochan again (59), Jim Sharkey (61), and Eddie Turnbull (76). 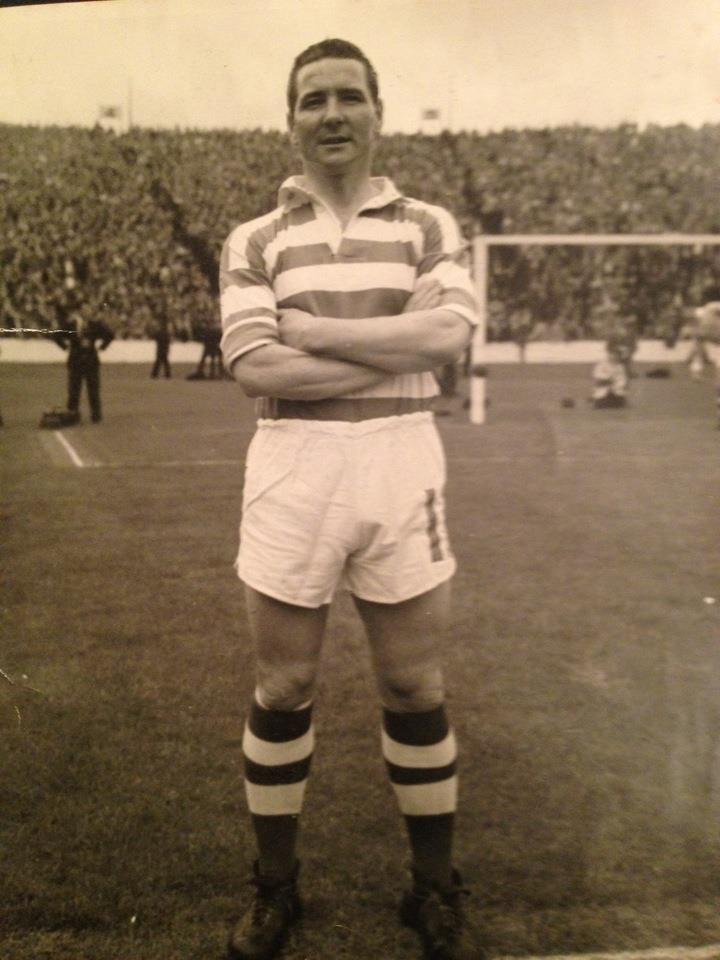 3-2 ahead, with Hibs by now the dominant side and pushing for an equaliser, Celtic then received an early Christmas present.

The referee seemed to lose control of the time and blew the final whistle early – at least 6 minutes early, according to reports later.

It might have been a mistake but the Celtic players – and their supporters in the crowd – were quite delighted with their luck and it was a very happy bus which made the trip back to Glasgow.