For the first season during the Second World War, Celtic were in the Scottish League Western Division.

By the following season, they were in the Southern Division, in which, on this day in 1940, they faced Queen’s Park at Parkhead.

The war had broken up the team of 1939. George Johnstone was now the regular goalkeeper, Roy Milne was holding down the left-back spot and Willie Waddell had replaced Willie Lyon at centre-half.

Matt Lynch had taken over at outside-right and George Gillan was the new inside-left, with John Divers moving to the right. 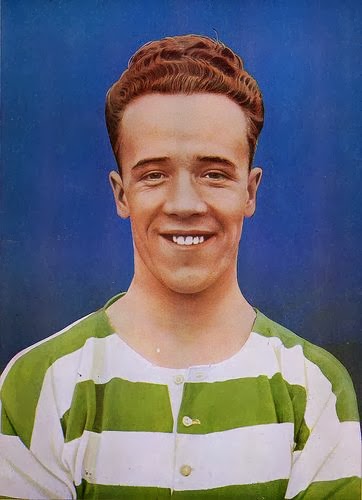 On that afternoon, at least, they players gelled well and Celtic won comfortably by 5 goals to 1, the experienced centre-forward Johnny Crum, by then 28 years of age, scoring two, George Gillan also getting a double with another pre-war star, outside-left Frank Murphy, also putting his name on the score sheet.

It was Celtic’s third win in a row, during which time they had scored 10 goals.