You are at:Home»Jim's Diary»Jim Craig – Exactly one year ago today, Déjà vu

Exactly one year ago today, on this day in 2017, Celtic played an important match. So, who was it against?….what competition was it?….what was the attendance?….what was the score?….and which eleven players made up the starting team?

Now before you read on, have a little think and see how many of those queries you could answer correctly. 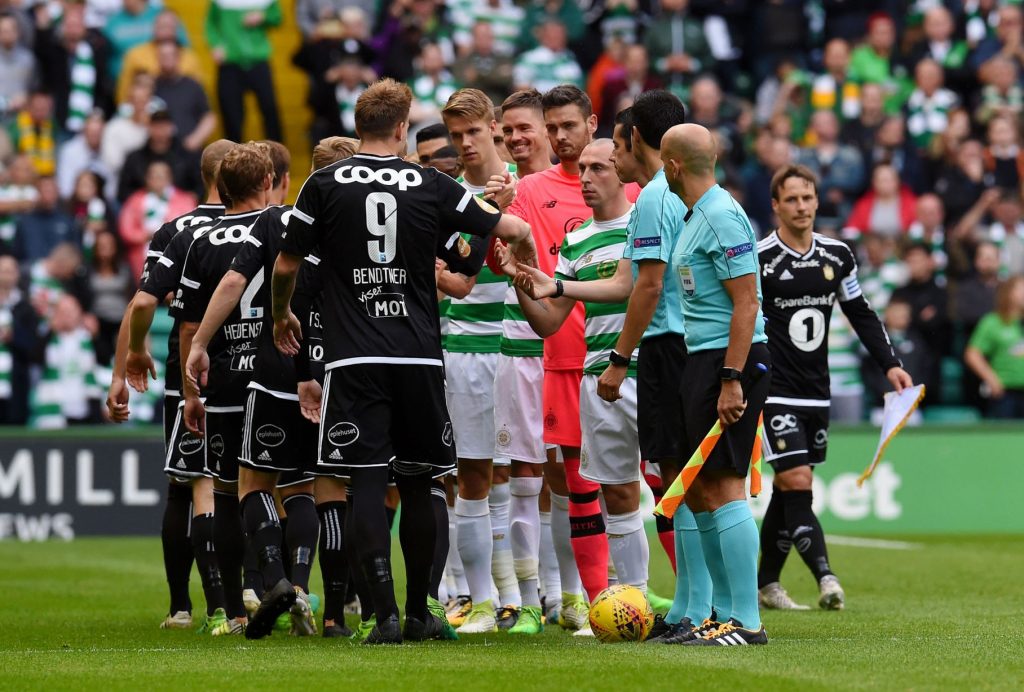 Right, times up, so here are the answers. The match was against Rosenborg, a Third Qualifying Round First Leg tie in the Champions League; the attendance was 59,000 ; unfortunately, they were witness to a scoreless draw and they also did not fancy the performance of the side too much, judging by the response at the end of the game. The starting eleven had been Gordon, Lustig, Simunovic, Ajer, Tierney, Brown, Ntcham, Sinclair, Armstrong, Forrest, Rogic.

Davie Adams had been Celtic goalkeeper from 1902 onwards and was such a regular that it came as a surprise when he suddenly had a challenger for his place.

John Mulrooney was that man and after getting his chance in December 1911, he took it with both hands, being between the sticks when Celtic won the Scottish Cup against Clyde at Ibrox and also picked up the Charity Cup, again versus Clyde, just a month later.

John was on the touring party that summer of 1912 which travelled through Norway and Denmark but all too soon, lost his first-team place to Charlie Shaw, a rheumatic condition apparently causing him to have problems with his play.

In November 1913, John Mulrooney left Parkhead for St Johnstone, with whom he won the Consolation Cup in April 1914.

On this day in 1914, however, the Celtic players in pre-season training were devastated to hear of his early death at the age of 28.

Previous Article‘Terrific Celtic can go there and score,’ Rodgers
Next Article Arrest Development after alleged attack on Priest