You are at:Home»Jim's Diary»Jim Craig – He gets the ball and scores a goal, Andy, Andy Thom

On this day in 1995, Andreas Thom was transferred to Celtic from Bayer Leverkusen for a fee of around £2.2 million.

Andy had started his career with Dynamo Berlin and became a regular in the East German national side. After re-unification, he also played for Germany.

Andy was brought in to Celtic by Tommy Burns and initially partnered Pierre van Hooijdonk up front. Later that season, he had a more withdrawn role, playing just behind a striking duo of Pierre and Jorge Cadete. He ended that first campaign as Celtic’s Player of the Season. 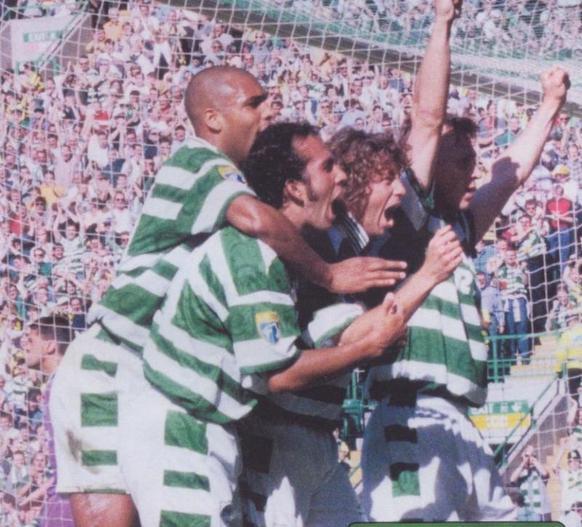 In 1996/97, he had more of a midfield role, in tandem with Paul McStay but was not a regular as the season progressed and there were stories of a move back to Germany.

When Wim Jansen arrived as manager in the summer of 1997, Andy was hoping for a fresh start but by the end of the year, he was still out of favour.

In January 1998, Andreas Thom returned to his native Germany – at Hertha Berlin – Celtic receiving a fee in the region of £275,000.

On this day in 1898, Bill Ribchester was born in Govan. Eighteen years later, after showing up well in his youth with Townhead Benburb Juveniles and Parkhead Juniors, Bill joined Celtic in December 1916.

Unfortunately, there was a war on and Bill was soon called up, serving with the OTS Machine Gun Corps. This limited his chances in the first team and he only made two appearances during the Championship-winning season of 1916-17.