Towards the end of January 1962, Celtic were lying in 3rd place in the league table, just behind Dundee and Rangers but ahead of Partick Thistle and Dunfermline.

The League Cup campaign that season had been poor, Celtic failing to qualify from a group involving St Johnstone – who topped the section – Hibs and Partick Thistle; but the club’s involvement in the Scottish Cup competition had started promisingly with a 5-1 demolition of Cowdenbeath at Parkhead in round one.

On this day in 1962, Celtic travelled to Cappielow in Greenock to meet Second Division Morton in round two. 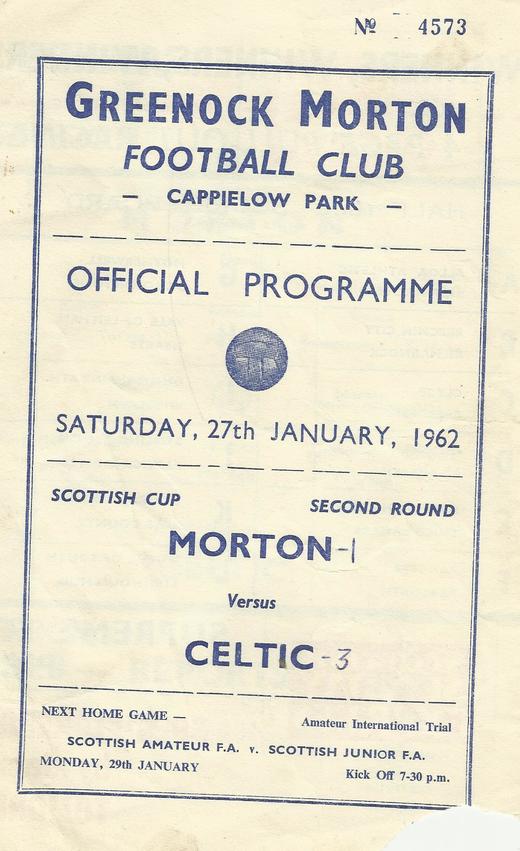 It would be fair to say that the fan base was pretty disgruntled with the form – and success rate – of Celtic at this time of their history.

The last trophy won had been five years previously in the League Cup; and it had been almost 8 years since the league/ Scottish Cup ‘double’ was achieved, the last time those two trophies had come to Celtic Park.

With a record like that, it was no wonder that the fans were unhappy and they were fully expecting that their team would comfortably get past a Second Division side.

Manager Jimmy McGrory was well aware that he was also under pressure and took no chances with his team selection, putting out a strong eleven of Haffey, McKay, Kennedy, Crerand, McNeill, Price, Chalmers, Jackson, Hughes, Divers and Carroll. 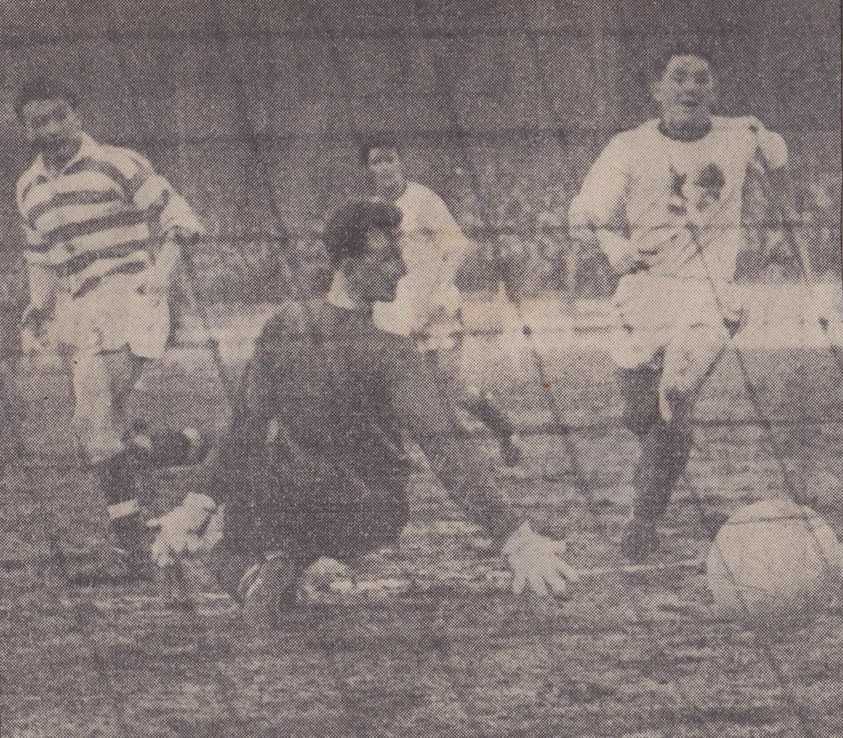 In front of a crowd of 21,000, Celtic started brightly and got the opening goal through Bobby Carroll in 21 minutes but Morton fought back hard and inside-right Paddy Turner scored the equaliser 15 minutes later.

At the interval, the teams were level and in the second half, although Celtic had most of the play, the Tail o’ the Bank club were not out of it.

It was Celtic, though, who got the goals that mattered – through John Divers in 56 minutes and Mike Jackson seven minutes from time – and when the final whistle blew, the 3-1 win took Celtic through to the next round and a visit to Tynecastle to face Hearts.

NB That display and goal by Paddy Turner must have impressed the Celtic officials, as, just over one year later, on 31 May 1963, he was signed by the club for a fee around £10,000.

Many Happy returns to Alan McKnight, born at Antrim on this day in 1964.

‘Is there a concerted plot to crock Ryan Christie?’ asks David Potter

“We’ll have to wait and see,” Brendan on the transfer window

Amsterdam Vindication – A Must Read Article for every single Celtic supporter

Amsterdam Vindication – Celtic Supporters in the clear after 5 year struggle

Previous Article‘Is there a concerted plot to crock Ryan Christie?’ asks David Potter
Next Article Celtic Fans TV – Banner Reactions, ‘Back the manager or he’ll end up leaving us’