Jimmy McGrory retired from the playing side of the game in 1937, making his last appearance in the Hoops on 16 October. Only two months later, he was appointed manager of Kilmarnock.

Very much a home boy, Jimmy McGrory continued to stay in his house in the south side of Glasgow, making the trip to Rugby Park every day, a round-trip of some 44 miles.

And very quickly, his new club and his old one were involved in some interesting clashes.

In the first meeting, a Christmas Day league match at Kilmarnock, Celtic won 8-0, McGrory’s successor Johnny Crum among the scorers. Only three months later, though, McGrory’s Kilmarnock got revenge, beating Celtic 2-1 at Parkhead in the Scottish Cup.

During the war years, Jimmy McGrory continued in the Rugby Park hot seat.

Meanwhile, at Parkhead, Celtic’s second-ever manager Jimmy McStay was having little success and the directors were not happy about the way the team was playing. 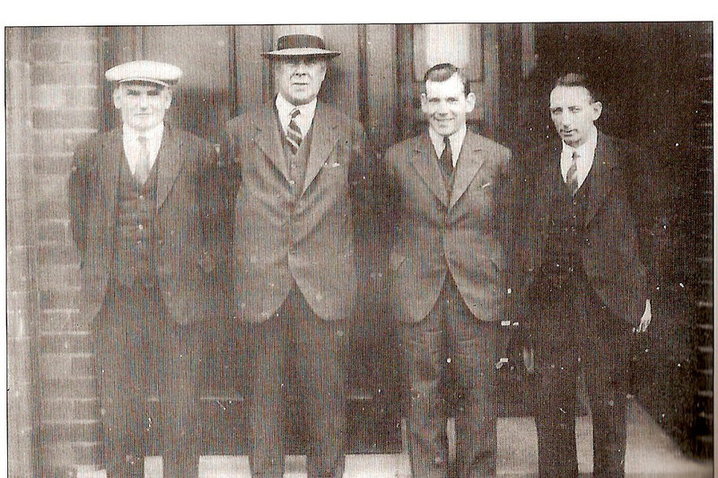 They decided to take some action.

On this day in 1945, they dismissed McStay and brought in Jimmy McGrory as Celtic’s new manager, only the 3rd in the history of the club.

Austin Collier was born on this day in 1914.

Austin started his football career in 1935 with Upton Colliery then Frickley Colliery before moving on to have spells with York City and Mansfield Town.

During a loan spell with Partick Thistle, he caught the eye of the Celtic scouts and came to Parkhead on loan in May 1941.

Over the following six months, Austin got three chances in the first team at left-half before joining Third Lanark in October 1941.