At this time of season 1954-55, Celtic were in 2nd place in the league table, six points behind Aberdeen but also six points ahead of their opponents that afternoon, Hearts.

The men from Edinburgh always attracted a good attendance, though, and 49,300 turned up for the contest, manager Jimmy McGrory putting out a team of Bonnar, Haughney, Meechan, Evans, Stein, Peacock, Higgins, Walsh, Fallon, Fernie, Collins. 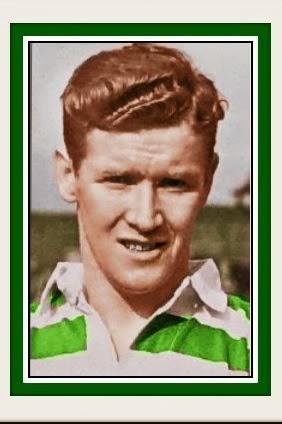 Unfortunately, although the match was being played in spring-like conditions – a nice change after the snow and ice of recent weeks – the play turned out to be pretty drab and by half-time, the match was still goalless.

Just after the break, Jimmy Walsh got one on target to give the Hoops a lead….and Hearts then seemed to find the match all too much for them!

As Celtic raised their game, the Jam Tarts dropped theirs and it became a very one-sided affair, with Celtic very much in control. The fans had to wait till near the final whistle, though, to see another goal and it was that man Walsh again who got it, to give Celtic a 2-0 victory.

Many Happy Returns to David Hay, born in Paisley on this day in 1948.

Previous ArticleTeam News: Benkovic blow, Boyata is out, but Rogic is back
Next Article Report claims Benkovic Injury could end his season