From the start of the League Cup in 1946/47 season, Celtic had never found it an easy trophy to do well in.

Frequently, in fact, the team had failed to progress from the sectional stages of the competition. By the mid-fifties, though, they seemed to be better at finding a way forward to the later stages.

In their first-ever League Cup final in October 1956, Celtic drew 0-0 with Partick Thistle before a crowd of 58,973 at Hampden. On this day in 1956, only 31,126 turned up for the replay. John Jack was at centre-half, one of 68 appearances the powerful stopper would make in the Hoops and Neilly Mochan had been brought in to replace Jimmy Walsh on the right wing, with Bobby Collins alongside him. 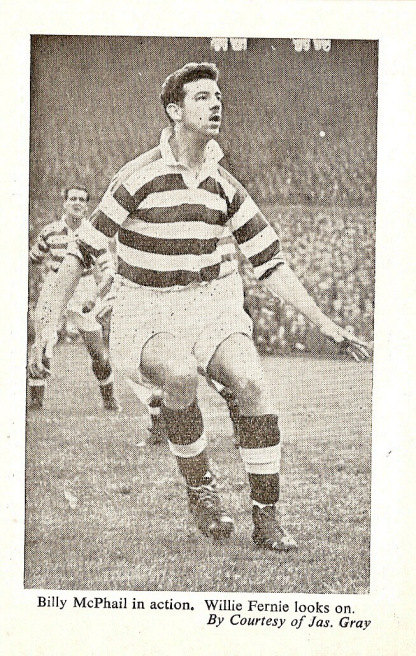 The left-wing pairing was Charlie Tully on the inside and Willie Fernie on the flank but it was new Bhoy Billy McPhail, a summer signing from Clyde, who made the difference, scoring two shortly after the interval, in 49 and 52 minutes.

Nine minutes later, Bobby Collins raced clear of a Thistle defence claiming offside to shoot low and hard into the net for Celtic’s third. The Jags fought all the way but could not find the net. 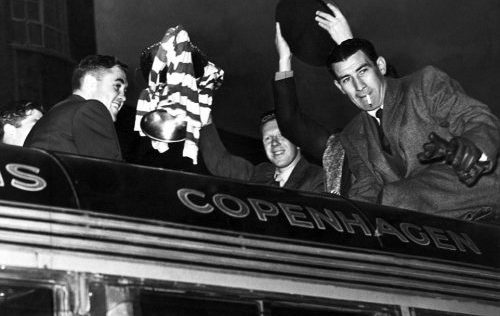 So, after 10 years of trying, the League Cup eventually came to Celtic Park for the first time, Bobby Evans a proud man as he showed the trophy off to the fans.

Many Happy Returns to Paul Chalmers, born on this day in Glasgow in 1963.

Previous ArticleRed Card Grope – Why Groin Infringements are red not yellow card offences
Next Article ‘That was 10 kilos of muscle there but he can carry that,’ Brendan on Christie