You are at:Home»Jim's Diary»Jim Craig – This result helped drive Celtic towards our 3rd Championship

After winning successive championships in 1892/93 and 1893/94, Celtic finished second to Hearts in 1894/95. The following season’s league campaign started uncertainly, with Celtic winning six of the first nine matches, but losing the other three quite heavily. 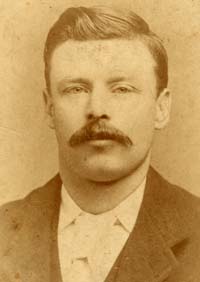 On this day in 1895, Celtic travelled across the river to Barrowfield Park for a fixture against Clyde, whom they had already beaten 3-0 at Parkhead earlier in the season. It turned out to be a romp in the sun, when 5 goals were scored, shared between the versatile Johnny Madden, at outside-right that afternoon, inside-left Sandy MacMahon, halfway through his free-scoring career in the green-and-white stripes, inside-right Jimmy Blessington, a very consistent performer during those years for the Bhoys and first-season centre-forward Allan Martin, who got two to add to the six he had already scored that season.

5-1 was the final score, a result which helped drive Celtic towards their 3rd Championship, not bad for a club in only the seventh season of its existence.

Many Happy Returns to Stephen Pressley, born on this day in 1973.

Previous ArticleCeltic’s Greek God, Georgios Samaras hangs up his boots
Next Article ‘Arzani is quick, takes people on, and reminds me of Jinky,’ Willie Wallace