In only the fifth Scottish Cup run in the history of Celtic, the club had hit the goal trail. In round one, Hurlford were disposed of by 6 goals to 0; round two, Albion Rovers went down 7-0; and in round three, 8 were scored, this time against St Bernard’s from Edinburgh.

All these matches had been played at Celtic Park but for the semi-final, which took place on this day in 1894, the players had to travel a mere mile or so south-west from Parkhead to Cathkin Park, where they would face Third Lanark, conquerors of Celtic in the latter’s first-ever final.

With 12,000 watching, Third Lanark gave as good as they received in the early stages but Celtic were always the more threatening side and eventually went through to the final with a 5-3 victory, inside-forward Sandy ‘Duke’ McMahon the star man with a hat-trick.

That gave him a total of 12 goals in the four cup-ties, certainly form which would have much pleased the committee-men in charge of handling team affairs at the time.

In the other semi-final, at Ibrox on the same afternoon, Rangers and Queen’s Park drew 1-1 in front of a crowd of 14,000. The Spiders must have thought that a replay at their home ground of Hampden would have made them favourites but the crowd of 10,000 saw Rangers rise to the challenge and reach the final with a 3-1 win.

It would be the first-ever Scottish Cup final clash between Celtic and Rangers. 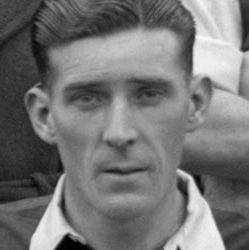 Outside-left David Nelson – born on this day in 1918 at Douglas Water – had spells at St Bernard’s, Arsenal and Motherwell before joining Celtic on loan in the 1941-42 season, when he made one appearance, against Clyde in the League on 3 January 1942, scoring Celtic’s only goal in the 1-2 defeat.

David then moved south and had spells at Tottenham Hotspur, Fulham, Brentford, Queen’s Park Rangers, Crystal palace and Ashford Town, where he held the role of player/manager.

Previous ArticleDetails of Brendan and Lustig’s talk on Toljan and contract extension
Next Article ‘I don’t think Mika will be too bothered by any criticism,’ says Celtic Star