On this day in 1893, Celtic had a home match against a team from Edinburgh. This was St Bernard’s  inaugural season in the top division and thus far, they had done pretty well, lying fourth in the table with four wins and one draw from eight matches.

Unfortunately for the visitors, on that particular afternoon in Glasgow, they found Celtic just too strong. By the interval, the Hoops were 2-1 ahead, their goals having come from Cassidy and Madden; and after the break, they scored three more, all from Sandy McMahon to make the final score 5-2. 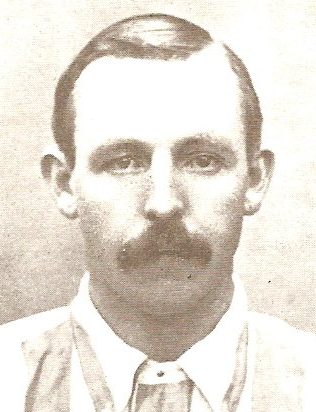 It was perhaps a salutary lesson for St Bernard’s and perhaps they learned from the experience. Two years later, in 1895, St Bernard’s beat Renton 2-1 in the final of the Scottish Cup, the match being held at Ibrox. 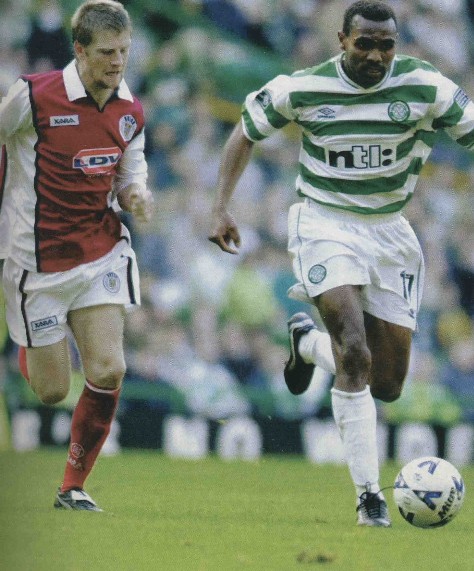 Meanwhile on this day in 2000 Didier Agathe made his debut for Celtic in a 2-0 win over St Mirren at Celtic Park. The attendance was 60,002 and they enjoyed the game and the goals scored by Chris Sutton in the first half and Henrik Larsson with 5 minutes remaining.

Didier later said this about playing for the Hoops: “I can’t explain the feeling I had, playing for Celtic. I was like a child, I felt like I was dreaming…I always knew how lucky I was to be there.

“My first motivation was – give your best and make people happy.”

The photograph at the top was from Agathe second game for Celtic a few days later, away to St Johnstone. Celtic won this league match 2-0 with the goals coming from Valgaeren and Larsson, from the penalty spot near the end. The win stretched Celtic’s lead at the top of the table to 5 points.

The new Celtic fans forum Celtic Noise is a great place to chat about all things Celtic – registering is very easy – join the conversation today! What are you waiting for? Check it out now…

Previous ArticleExclusive Interview! “Brendan Rodgers is an exceptional manager and Celtic are lucky to have him,” Willie Wallace
Next Article We say, “It never rains but it pours,” the French prefer, “Never two without three”