You are at:Home»Jim's Diary»Jim Craig – Tam Gemmell and Willie Wallace scored to give Celtic the points

The autumn of 1967 had been a bit of the good and the bad for Celtic Football Club.

In late September and early October, we lost to a very combative Dinamo Kiev side in the first round of the European Cup. Towards the end of October, we picked up the League Cup for the third consecutive year by beating Dundee 5-3, a performance which did not please Jock Stein one bit, as he thought we had been too slack in defence.

Then, in late October and early November, we blew our chances of becoming World Club Champions, by losing over three legs to Racing Club of Argentina.

The League campaign was also a little on the jittery side, with Celtic, by the middle of November, behind Rangers and alongside Hibs and Hearts. That meant that every league match was an important fixture and on this day in 1967, the club players, management and directors travelled up to Kirkcaldy to face Raith Rovers, at that point in the bottom six.

To be blunt, we needed to win.

True to form, Raith Rovers rose to the challenge and made life difficult for the visitors during the first half. Eleven minutes after the break, Tam Gemmell opened the scoring from the penalty spot; and ten minutes after that, Willie Wallace scored a second to give Celtic the points.

It made for a very happy travelling party to make the journey back to Glasgow on a damp winter’s evening. 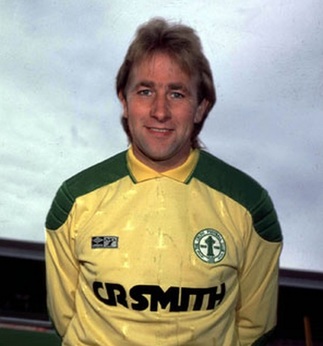 Many Happy Returns to Alan Rough, born in Glasgow on this day in 1951.

Previous Article‘Job done! There is little I would change for the trip to Norway,’ David Potter at New Douglas Park
Next Article Celtic Fans TV: ‘Midfield 3 for Trondheim, plastic pitch ban and predictions for Rosenborg