After spells with St Andrew’s Juveniles, Pollok and Benburb, Eric joined Celtic in April 1953, going on to make a total of 130 appearances, scoring 20 goals. 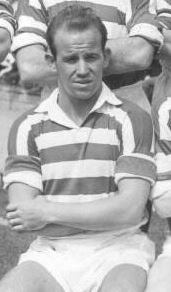