You are at:Home»Jim's Diary»Jim Craig – Two goals each for Deans, Dalglish and Hood as 17 year old Andy Ritchie makes his debut

Jock Stein liked to see goals coming from every player in the side – with the exception of the goalkeeper, one must suppose – and was particularly keen that his front runners kept knocking them in.

On this day in 1973, his former club Dunfermline were the visitors to Parkhead for a league match. The Pars must have been feeling a little apprehensive, as Celtic had scored 42 goals in 15 games in the campaign, Dixie Deans the main man, although a variety of names, including one Daniel Fergus McGrain, had also made the score sheet.

On that afternoon, in front of 21,000, three players were to score the relevant goals in the 6-0 victory, all three notching two a-piece.

Dixie Deans opened the account in 26 minutes and added another in 33; Kenny Dalglish got Celtic’s second in 30 minutes and his own second in the 79th minute; and Harry Hood’s two came in 63 and 86 minutes.

It was an important afternoon for one of Celtic’s promising youngsters. 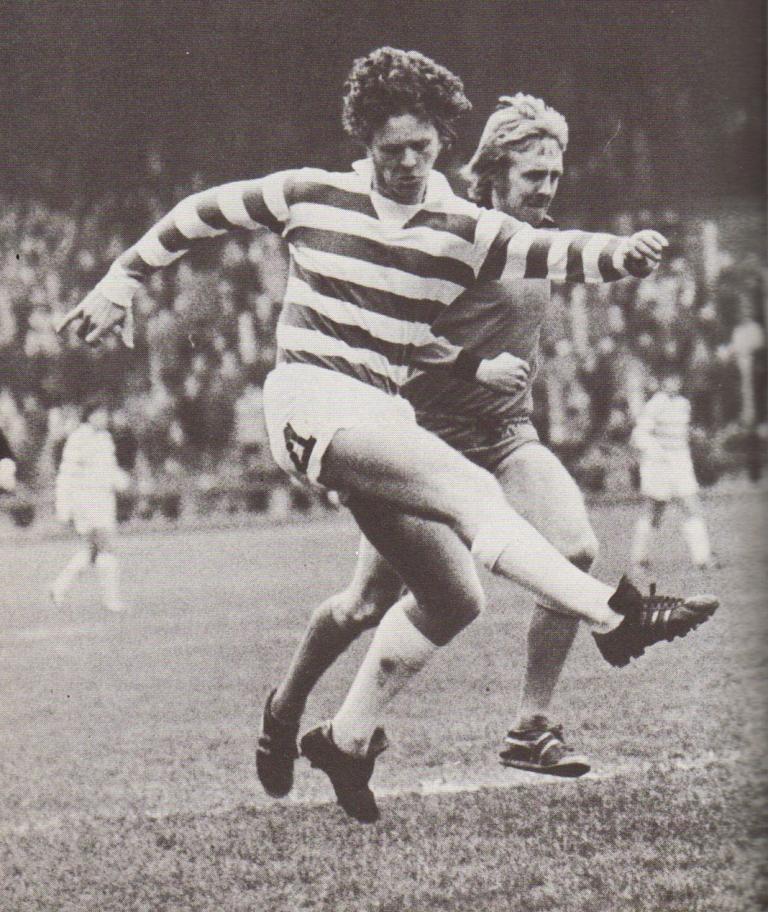 At the age of 17, Andy Ritchie made his debut that day, the first of his 10 appearances in the Hoops.

Celtic scoring six today would be a lovely way to end the year! Good luck to the Bhoys and a safe trip to all 750 supporters who will be there to support the team. 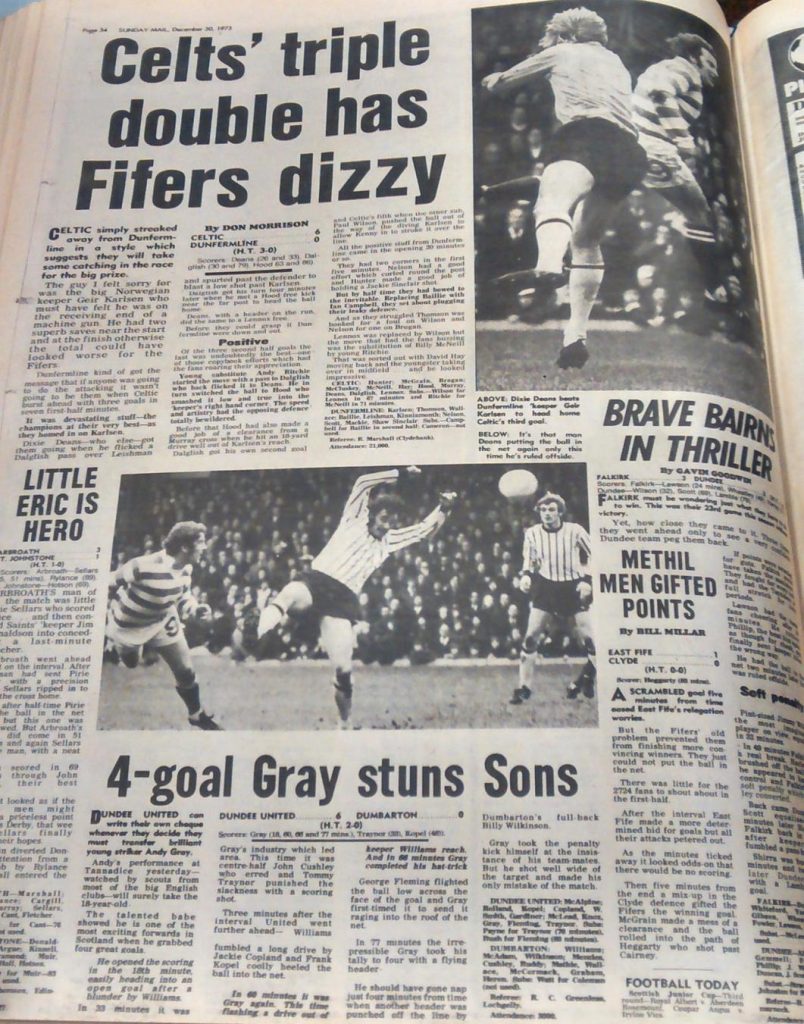