You are at:Home»Jim's Diary»Jim Craig – Willie McStay made 446 Celtic appearances and scored 46 goals over 17 years

Full-back Willie McStay signed for Celtic in 1912 but then led a very peripatetic existence for a few years, on loan to various clubs before coming back to Parkhead on the this day in 1916.

He played throughout the championship-winning season of 1916/17 before going on loan again to Belfast Celtic where he was in the team that won the Irish Cup in April 1918. 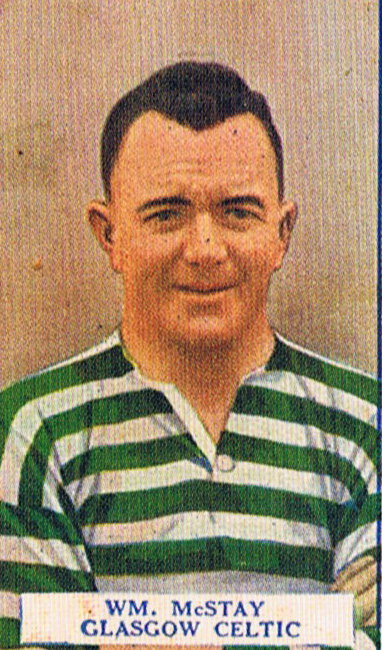 Willie then went off on active service but joined by his younger brother Jimmy, who became a Celt in 1920, he came back to play his part in several Celtic successes during the next few years, like the league titles of 1922 and 1926 plus the Scottish Cups of 1923 over Hibs and 1925, against Dundee – the latter match often referred to as Gallacher’s final, after a wonderful solo effort by Patsy – and the 1927 victory, when East Fife were defeated 3-1.

Jimmy McIlroy was born on this day in 1930. Twenty years later, he signed for Celtic and made 12 appearances for the Hoops in the centre-half role over the following six years before moving on to Barrow.

Previous ArticleCeltic 3 Alashkert 0 – Match Report by David Potter
Next Article A back four of Forrest, Ajer, Hendry and Tierney for Rosenborg?