You are at:Home»Jim's Diary»Jim Craig’s 7am start: Aberdeen had beaten Rangers 6-0

It was an eagerly anticipated match, as Aberdeen had beaten Rangers 6-0 in the other semi-final and were regarded as worthy opponents. 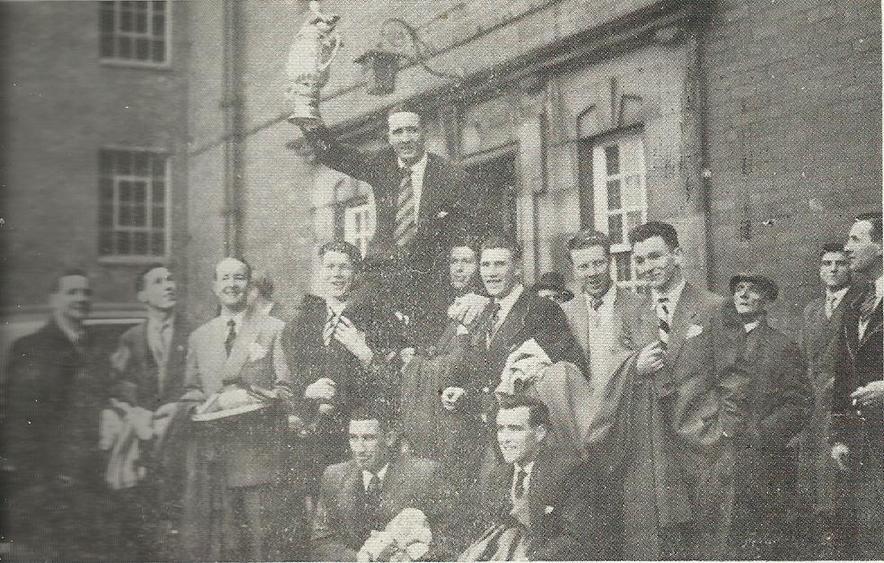 Celtic opened brightly, won corner after corner but the Aberdeen defence held firm and at half-time, there was still no scoring. Early in the second-half, Celtic went ahead when a fierce cross-cum-shot from Neilly Mochan was deflected into his own net by Dons centre- half Young.

Shortly afterwards, Buckley equalised for Aberdeen but as the battle continued, Celtic became the stronger side. The winner came from a classic and typical run by Willie Fernie, who received the ball from a throw-in, swerved his way along the goal line past several defenders before rolling the ball back into the path of Sean Fallon, who tapped it into the net for the winner.

NB1. It was the 4th ‘Double’ of League Championship and Scottish Cup in Celtic’s history, the others having been won in 1906/07, 1907/08 and 1913/14. Celtic did have the chance of winning three doubles in a row in season 1908/09, but the Hampden Riot which followed a drawn replay against Rangers in the Scottish Cup final led to the trophy being withheld for that season.

NB2. Seven of the players in that Scottish Cup-winning side – Bonnar, Haughney, Evans, Stein, Peacock, Fernie and Mochan – had been in the team which won the Coronation Cup only eleven months previously.

NB3. A grateful Board of Directors showed their appreciation of the side’s efforts by taking them to Switzerland to see the World Cup Finals, the Jules Rimet Trophy eventually won by West Germany.