You are at:Home»Jim's Diary»Jim Craig’s 7am start: Pierre van Hooijdonk’s winner in the Scottish cup final

CELTIC had not scored too many goals in their route to the Scottish Cup final in season 1994-95. A 2-0 win over St Mirren at Parkhead was followed by a 3-0 victory over Meadowbank Thistle at the same venue. Curiously enough, in both matches, the goals were scored by Pierre van Hooijdonk and Willie Falconer.

In the quarter final, when Celtic again got a home tie, against Kilmarnock, John Collins scored the only goal.

At Ibrox, in the semi-final, the match ended 0-0 but, four days later, Celtic raised their game and won 3-1, that man Falconer getting his name on the score sheet again.

And that result put the Hoops into the final, held on this day in 1995, in front of a small crowd of 36,915, the capacity at Hampden reduced due to re-construction. It had been expected before the match that Airdrie would attempt to hassle and pressurize Celtic but on the afternoon, they seemed to freeze and Celtic had several quick opportunities to score. 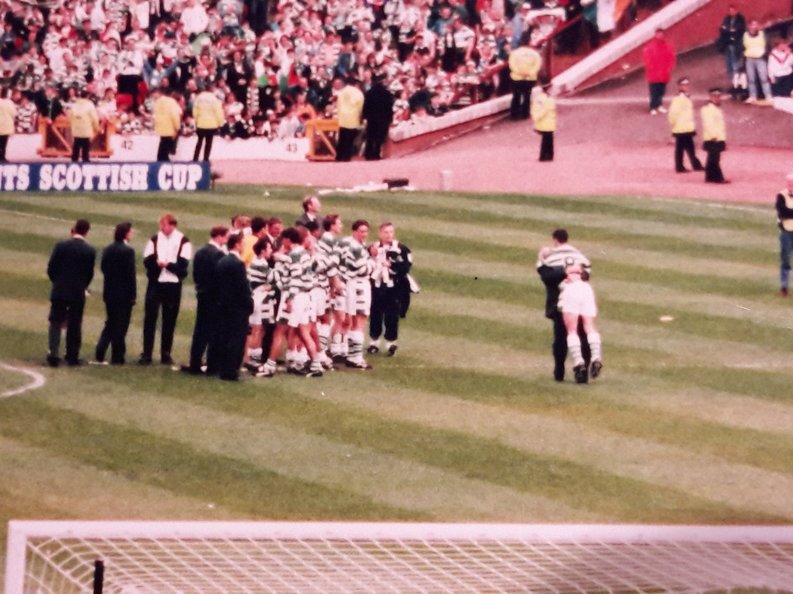 In the 9th minute, they took one of these, when van Hooijdonk got on the end of a good cross by Tosh McKinlay and nodded the ball home. The Dutchman was forced to go off with an injury on the half-hour mark and with his departure, much of the flair seemed to go out of Celtic’s play.

Airdrie put in a good shift but the Celtic midfield of Peter Grant, Paul McStay and John Collins kept control of the play and that single goal proved enough to give Celtic victory, their 30th in the competition.

Here are the highlights from You Tube…

Previous ArticleLawwell takes Celtic one step away from the mainstream media
Next Article ‘Privileged and proud to be able to represent this club,’ Tom Rogic