In the week running up to Christmas in 1967, the Celtic management, directors and players were hosted at the City Chambers by Lord Provost John Johnston and presented with a silver plaque by the City of Glasgow in commemoration of their European Cup win.

It was a lovely start to the Festive Season and as the team bus headed down to Cappielow to face Morton on this day in 1967, we could all see from the faces of the travelling fans that they wanted the happy feeling to continue.

The pitch was at its worst, wet and heavy, although we started well enough, late choice Joe McBride – back after his injury – scoring in 5 minutes but then Morton shut up shop and held us till the break, when the team – Simpson, Craig, Gemmell, Murdoch, McNeill, Clark, Johnstone, Lennox, McBride, Auld, Hughes – were told by the Boss that we would just have to work harder! 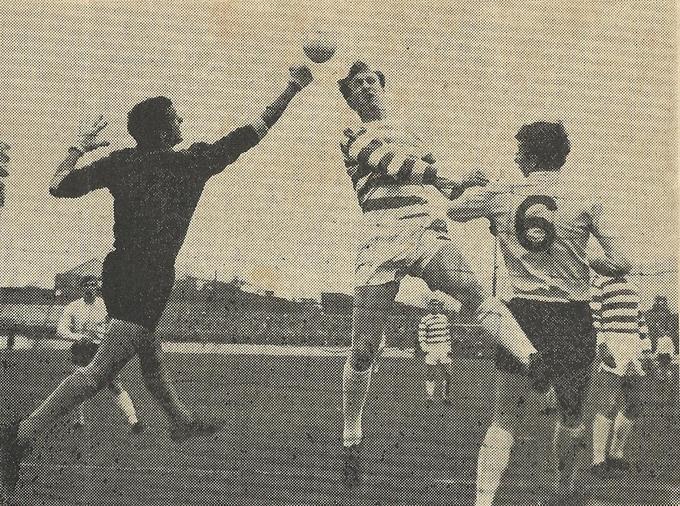 I think we did but it still took a while for more goals to come – two more from McBride and another from Yogi – to make the final score 4-0 in our favour.

We were all happy at the end, as were the fans in the crowd and it all made for a very joyous trip back to Celtic Park, the fans in the streets cheering us all the way, very pleased that their Festive Season had started in such a happy manner.

Previous ArticleTheir 5 Stars? 5 pumpings from Celtic in 2018, or 5 consecutive loses to Celtic at Ibrox?
Next Article Celtic Fans TV: Verging on Complete Domination