On their road to the Glasgow Cup final in the autumn months of 1955, Celtic had beaten Clyde 4-0 in the first round and Partick Thistle 2-0 in the semi-final.

That put them into the final, where Rangers would be the opponents, the match being played at Hampden on 26 September 1955.

The outcome of that game was a 1-1 draw, so a replay was ordered and this took place on this day in 1955, with Hampden again the venue, the game attracting an attendance of 39,078.

This match was keenly anticipated, especially the clash between the centre-halves, Jock Stein and George Young, and the new boys, Jim Sharkey and ‘The Rhino’, Don Kichenbrand from South Africa.

The 5-3 win for Celtic was later attributed to the fact that Jim Sharkey’s clever dribbling discomfited George Young while Jock Stein, in one of his last matches for the club, managed to contain ‘The Rhino’.

No matter the reason, it was an excellent afternoon for the Celtic support, one which added greatly to their Festive Spirit. 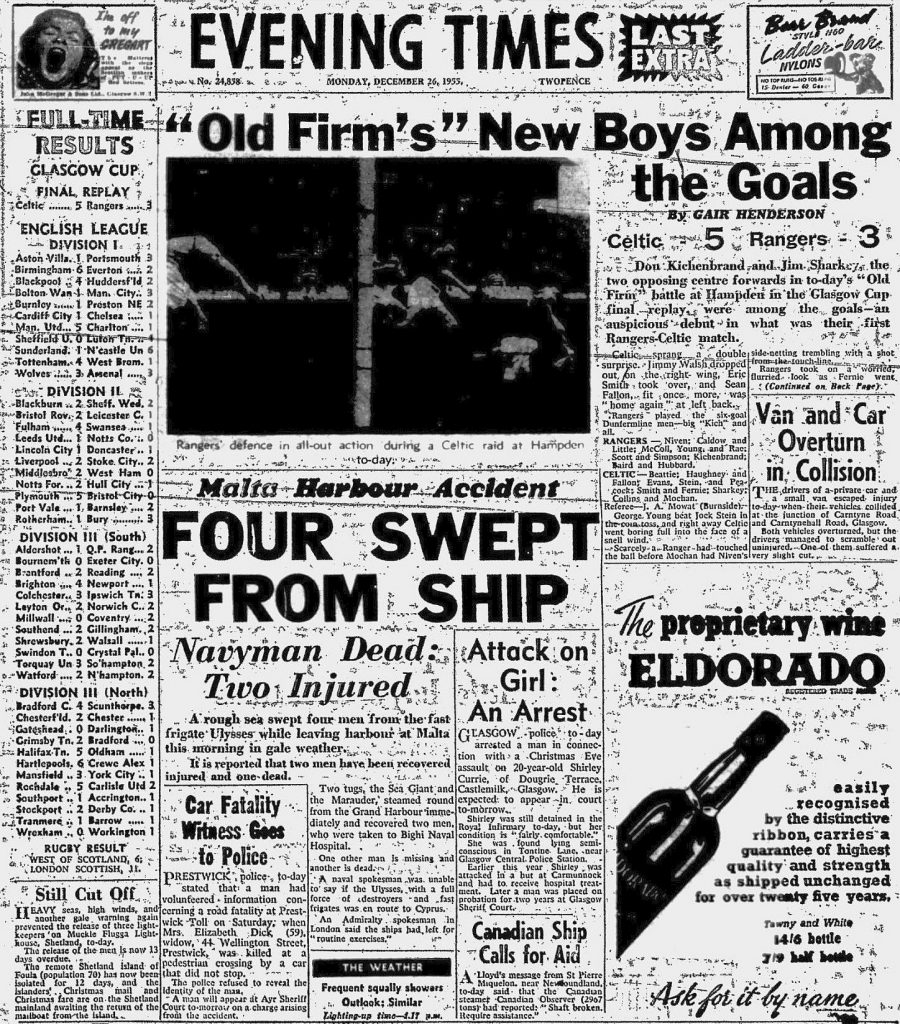 Previous ArticleCeltic Team News: Christie leads the line, no sign of KT
Next Article Collum has a shocker but Celtic stand up to be counted