You are at:Home»Latest»Jimmy Johnstone on the Wing – The Greatest Ever Celtic Star

THE incomparable Jimmy ‘Jinky’ Johnstone, voted the greatest-ever Celt in 2002, would have celebrated his 76th birthday today, 30 September. 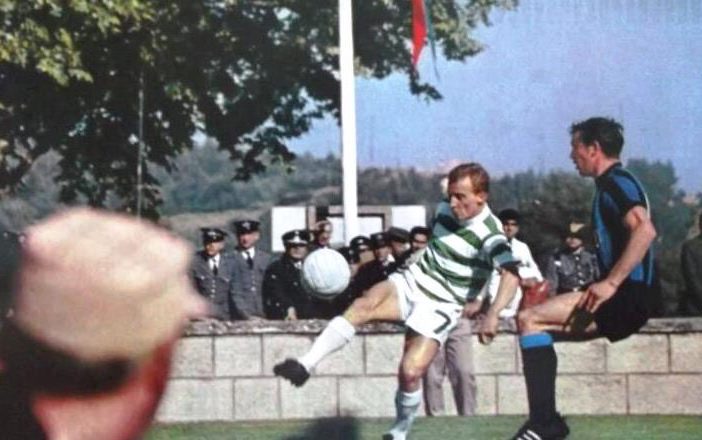 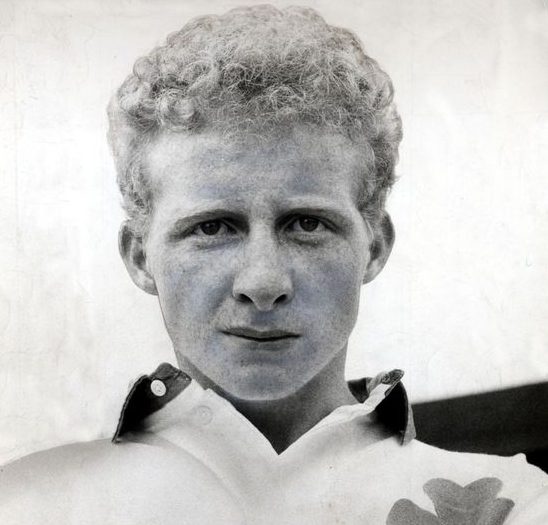 However, he did win a Championship medal in 1965/66, the first of THE Nine-in-a Row. In goals for Celts at Kilmarnock was young Dick Madden, replacing the injured Frank Haffey.

He made two appearances that night, his first and his last, as he watched six goals fly past him without reply. He was freed at the end of the following season, someone later joking that ‘Dick Madden was the only thing Haffey managed to keep out during his time at Celtic!’

Despite the heavy defeat, Jimmy fought his way back into the side for the trip to Tynecastle at the end of April, his first goal for the club putting Celtic 3-2 ahead before a late Hearts rally.

His performance earned him a surprise starting place in the Scottish Cup Final against Rangers on the Saturday, in front of 130,000 supporters. And he showed up well in a fighting Celtic performance, a Murdoch equaliser on the stroke of half-time securing a 1-1 draw against the Ibrox favourites. Somewhat inexplicably, Jinky was then dropped for the midweek replay, Rangers running out easy 3-0 winners on the night. 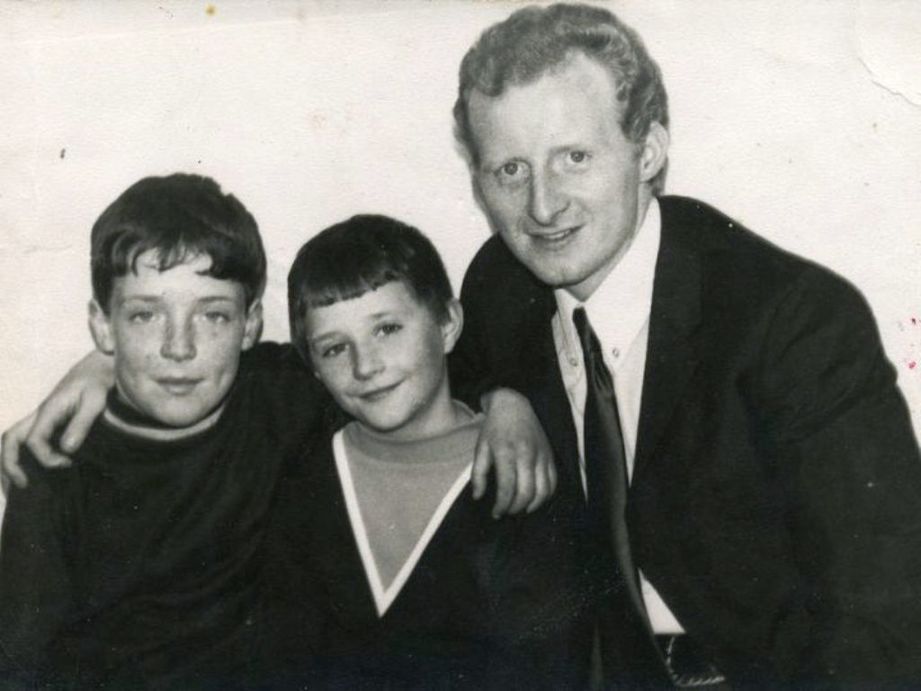 He had been a key figure on the Road to Lisbon, memorably terrorising the French champions Nantes both home and away to earn the ‘Flying Flea’ accolade, before scoring the vital first goal in the semi-final against the Czech army side, Dukla Prague.

Three weeks before the final, Jimmy had scored both goals as Celtic got the point they required at Ibrox to clinch a second successive League title, in front of the watching Herrera. 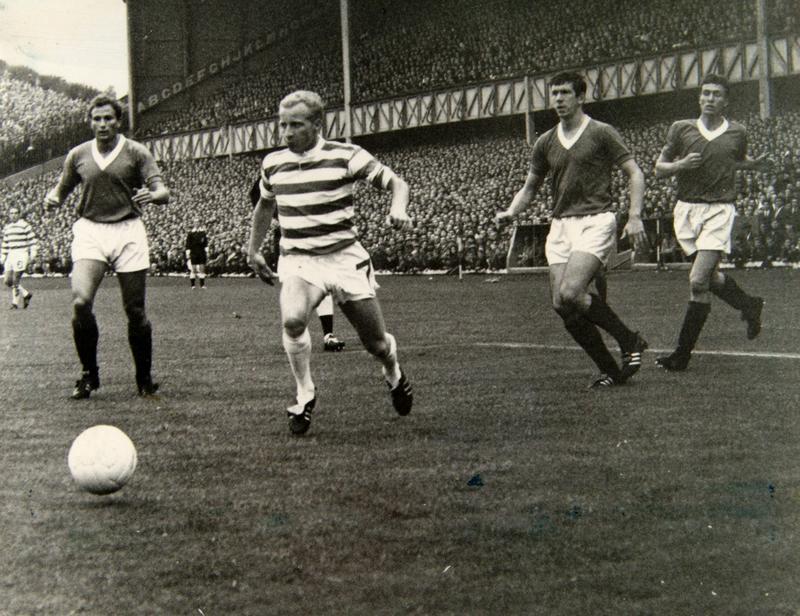 His second goal is a thing of beauty, Jinky cutting in from the right to hit a screamer into the top corner with his left foot, the ball then sticking in the goalmouth mud in one of those iconic Celtic moments.

That season, he was voted third in the Ballon d’Or, behind Florian Albert and Bobby Charlton, finishing ahead of Beckenbauer, Eusebio, Muller and Best, plus his friend and team-mate Tommy Gemmell, who came in a very creditable sixth.

30 September 1944. Celtic football legend Jimmy Johnstone was born in Viewpark, Scotland. He scored 129 goals in 515 appearances for the club. He played 23 times for Scotland and scored 4 goals. In 2002, Celtic fans voted him the greatest Celtic player of all time. pic.twitter.com/QvxvWgScEo 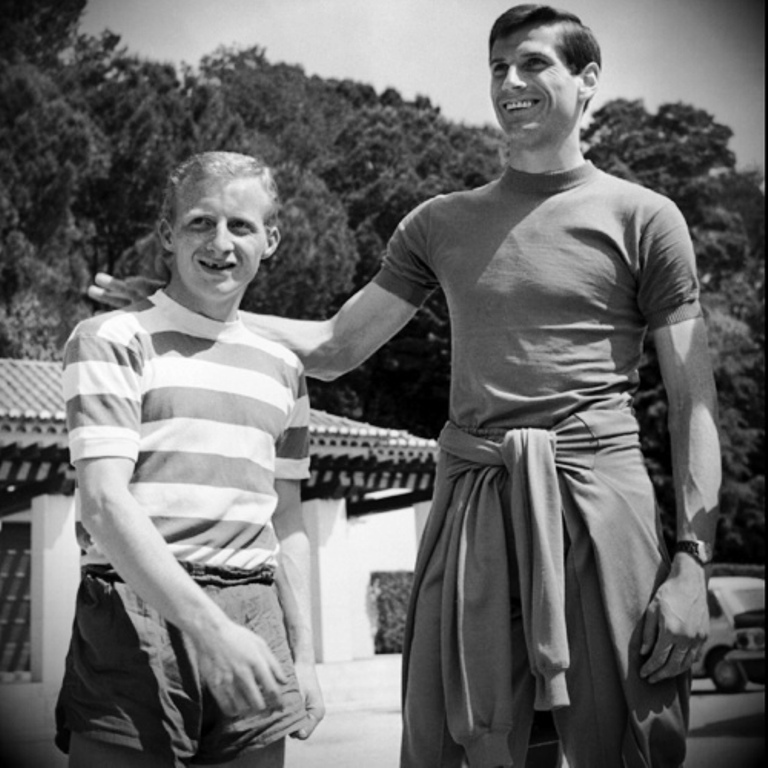 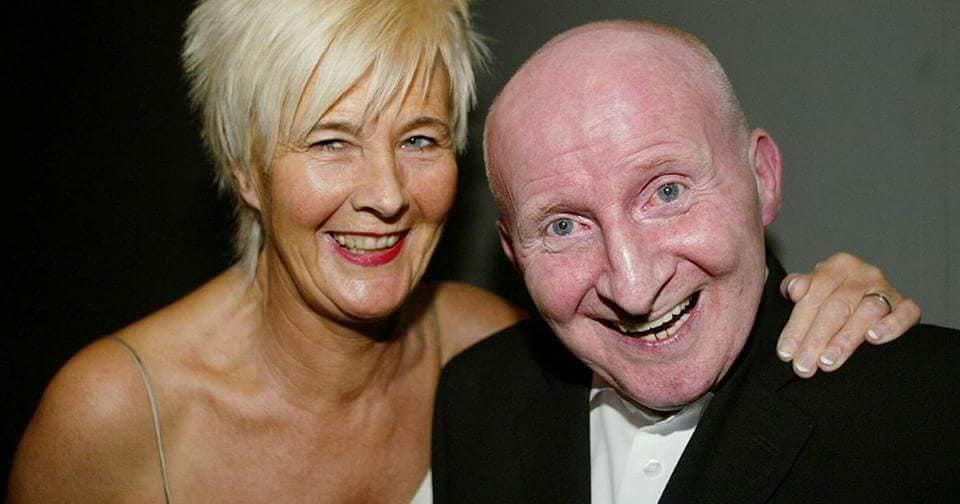 On this day in 1944, One of the finest players to ever grace a Celtic Strip in Jimmy Johnstone was born!

A Celtic Legend and Lisbon Lion who holds a special place in our clubs history! 🍀🦁🍀 pic.twitter.com/nCVequ6R98

The previous month had included a week which said it all about the Jimmy Johnstone package. In midweek, he had been outstanding in putting the latest French champions, Saint Etienne, to the sword, Celts recovering from a two-goal deficit to score four without reply, in one of only two games I recall us wearing an all-white kit.

Three days later, he was replaced late on by George Connelly and responded by throwing his jersey towards Jock Stein in the dugout, an act he instantly regrets as the Big Man comes charging down the tunnel after him! 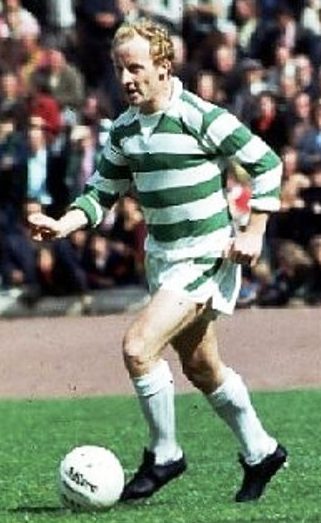 That incident resulted in a week’s suspension, however, Jimmy was back in the side for the next round of the European Cup, against the Yugoslavs, the game level at 1-1 at the interval. In one of those psychological mindgames which Jock excelled at, he promised Jinky that if Celts have a four-goal lead, then he would not have to fly to Belgrade for the second-leg.

Cue a Johnstone masterclass, setting up two goals and scoring a double himself as the Bhoys won 5-1. “I’ll no need tae go!!”

If these stories were passed down, then I was fortunate enough to witness the next Jimmy classic personally, standing at the back of the old Celtic End the following December to watch him ‘terrorise the terrors’, as Dundee United, playing in their new all-tangerine kit, were blown away 7-2 on the night.

Tannadice manager Jerry Kerr described Johnstone’s display as the finest he had ever seen, although I believe he possibly surpassed even that performance the following April, in both legs of the European Cup Semi-final against Don Revie’s great Leeds United side. England left-back Terry Cooper endured a torrid time, as Jock’s Lions roared to their second final in four years, in front of a European record attendance of more than 136,000, before tamely losing in Milan to a hungry Feyenoord. 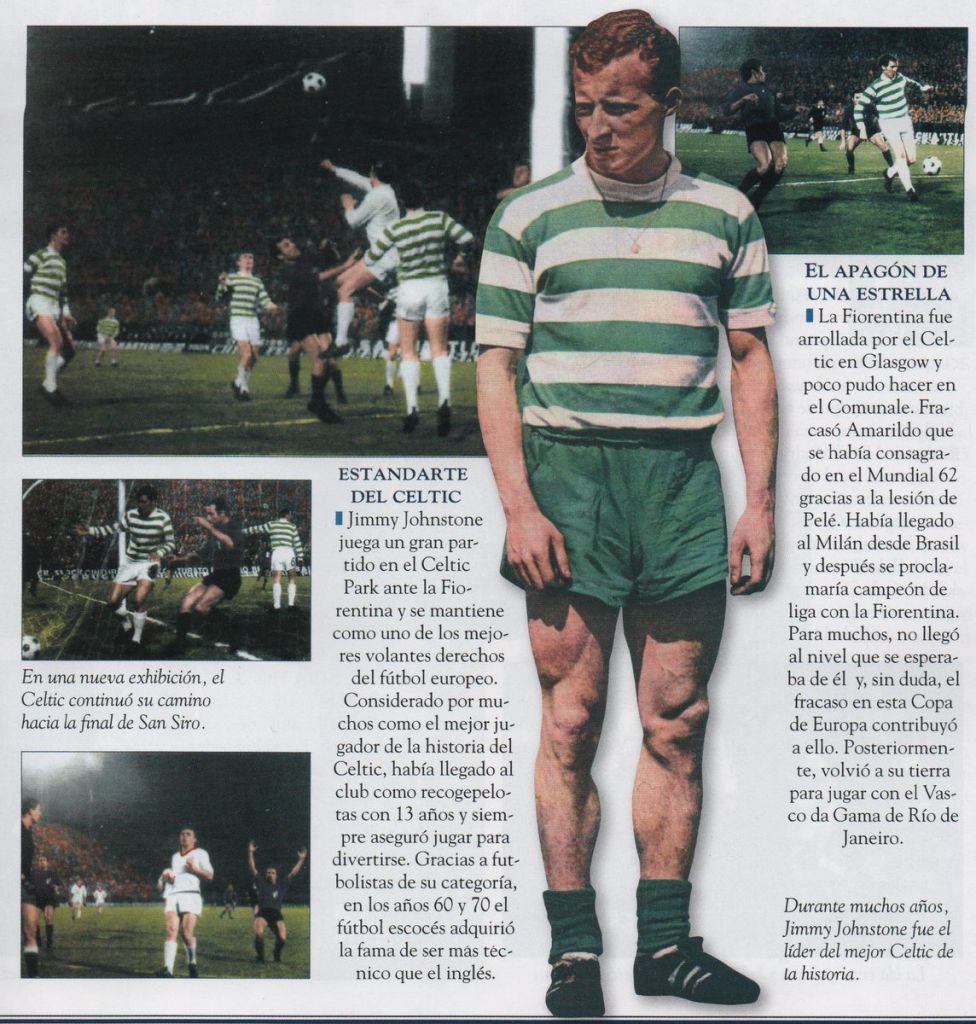 Four years later, I watched Jimmy tear another England full-back ‘a new one’, this time the late Emlyn Hughes was the victim, as Johnstone inspired Scotland to a 2-0 victory at Hampden. This was all the more remarkable, as just four days earlier, we had ‘Rowingboatgate’, as Jinky headed out across the Irish Sea from Largs on an impromptu early-morning crossing, minus oars.

The episode is now a source of fun, however, the press of the day did not miss him and were rewarded with a personal victory sign from the mercurial winger, following his man-of-the-match performance on the Saturday. Sadly, they would have the last laugh, the SFA selection committee then ensuring he took no part in that summer’s World Cup in West Germany, his last such opportunity before essentially retiring the following season. 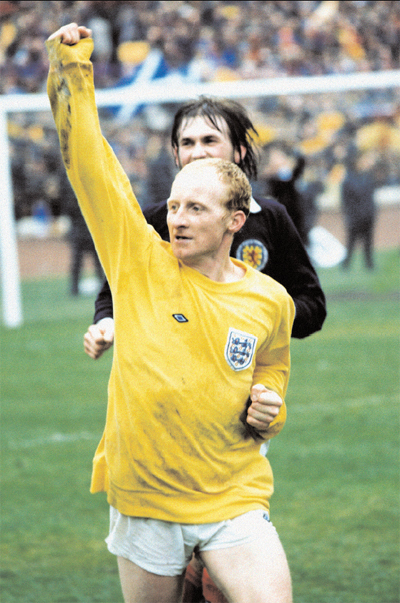 Post-Parkhead, Jimmy endured some difficult times, battling against alcohol addiction before being stricken with the dreadful Motor Neurone Disease in 2002.

Showing the same courage he had done over many years on the field, he bravely battled the illness, inspiring Sarah Faberge to create nineteen precious jewelled eggs to raise funds to help the stricken winger. An excellent singer, he also recorded ‘Dirty Old Town’ with Simple Minds, in an attempt to promote the work being done to seek a cure.