You are at:Home»Latest»Jock Stein’s bee line for a man he held in the highest regard – Jimmy Gribben

ON returning to a packed Celtic Park foyer after clinching the European Cup, Jock Stein made a bee line for a man he held in the highest regard – Jimmy Gribben. 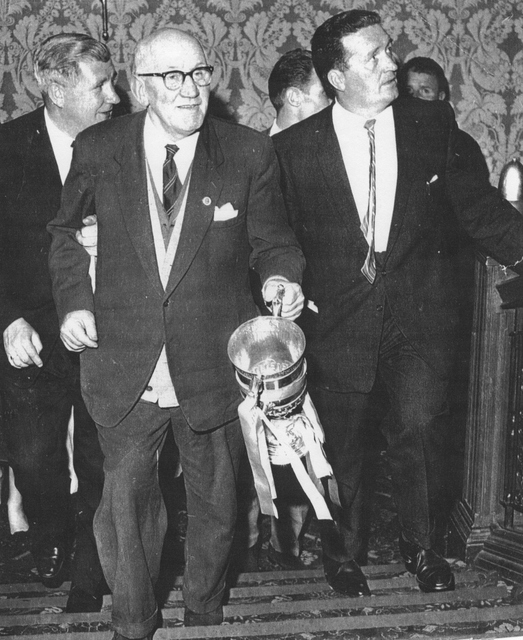 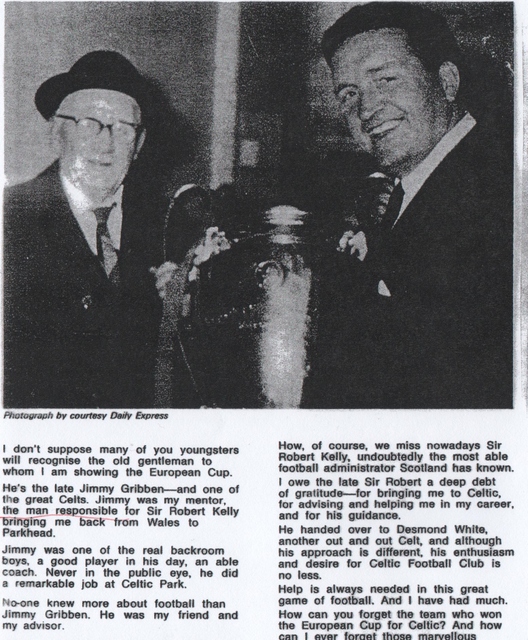 Jimmy Gribben was a player for Bo’ness and played in 1927 against Celtic (who performed poorly with Johnny Thomson being our best player). Celtic won 1-0 but Jimmy and his fellow forwards were referred to in match reports as ‘clever players’. 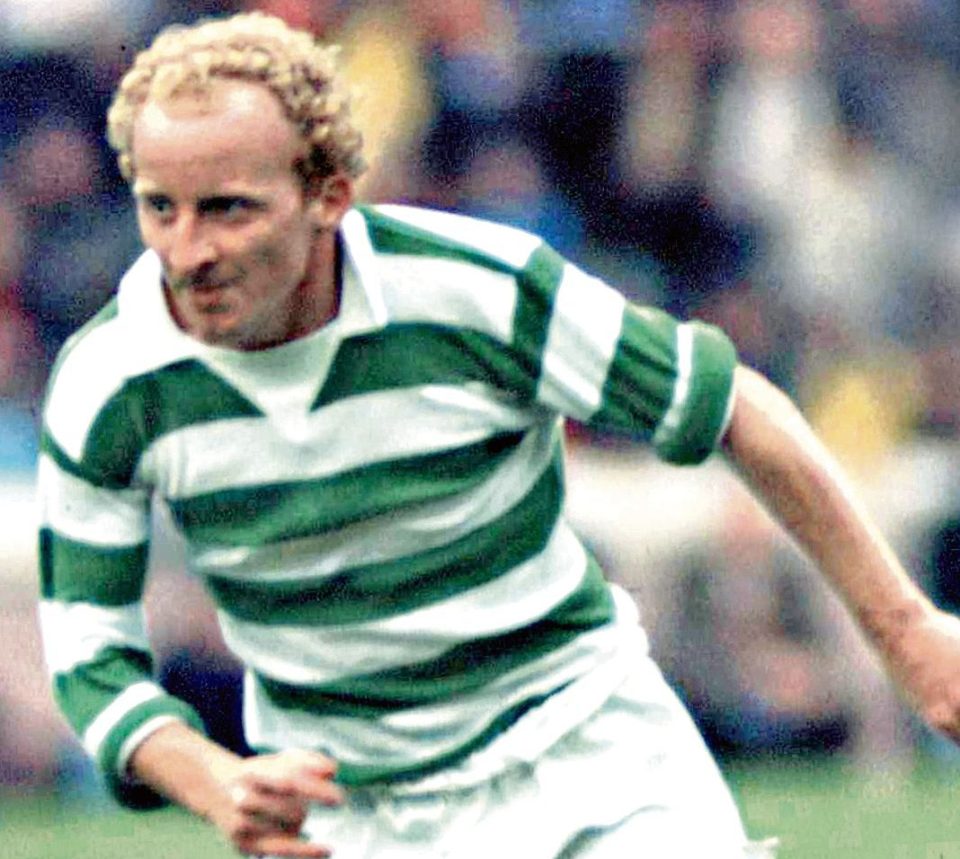