You are at:Home»Latest»John Hartson accuses Charlie Nicholas of “trying to noise people up” over Brown comments

John Hartson has accused Charlie Nicholas of trying to ‘noise people up’ over the status of outgoing Celtic captain Scott Brown. The 35-year-old will leave the club at the end of the season for Aberdeen but Nicholas believes that suggestions of Brown as a legend are far fetched.

However, Hartson, who often speaks positively about the club, has questioned what a player needs to do to get legendary status if Brown (who has an illustrious CV) is not. Speaking to Go Radio, Hartson clapped back at Nicholas, suggesting he was at the wind up.

“I think Charlie’s at it. What have you got to do to become a legend?

“He’s made over 600 appearances for Celtic. He’s won ten league titles, 22 trophies and he captained the quadruple Treble in the last four years.

“I just don’t know where Charlie is coming from there, I really don’t. I think he’s just trying to noise people up.” 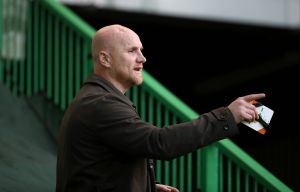 Brown has spent fourteen years at Celtic, winning ten league titles along with twelve other trophies, it is a phenomenal trophy haul for a player. Brown’s career looked over when Ronny Deila left in 2016 but the arrival of Brendan Rodgers heralded in a new era for the player and the club, as Brown led Celtic to the Quadruple Treble.

Nicholas has made some good points in the past but often there is a needless bit of anti-Celtic controversy. He is taking aim at Brown because he called Nicholas out over criticism of the club during this season. His comments should be disregarded as merely being a bitter former Celtic player, looking to take an easy shot at the club when morale is low.

Previous ArticleOn This Day: Celtic seal 8IAR with win over Aberdeen
Next Article Hoops’ to hire fallen Serie A manager?