You are at:Home»Latest»“Josip Juranovic to Premier League? Right now – No! As per our sources, Jura is happy in Celtic”

That players in Ange Postecoglou’s Celtic side are getting the attention of other clubs in this transfer window is hardly surprising. The latest player to be mentioned – this time by the highly credible transfer expert Fabrizio Romano who last night posted this update on Josip Juranavic’s future at Celtic:

‘Croatian national team right back Josip Juranovic is expected to leave Celtic FC this summer as many clubs are following him.

Juranovic is attracting interests from Premier League clubs too after great season for club and country.’

What Fabrizio is reporting is that there is significant interest in Juranovic from Premier League clubs and the exception is noted that Celtic will sell – any player – if the price is right. And perhaps a point that hasn’t been made, the value of the Celtic players at the club before Ange arrived and his own signings have increased substantially in so many cases that Celtic should have plenty of confidence to fund further transfers based on Ange’s judgement. Talk about an eye for a player eh? 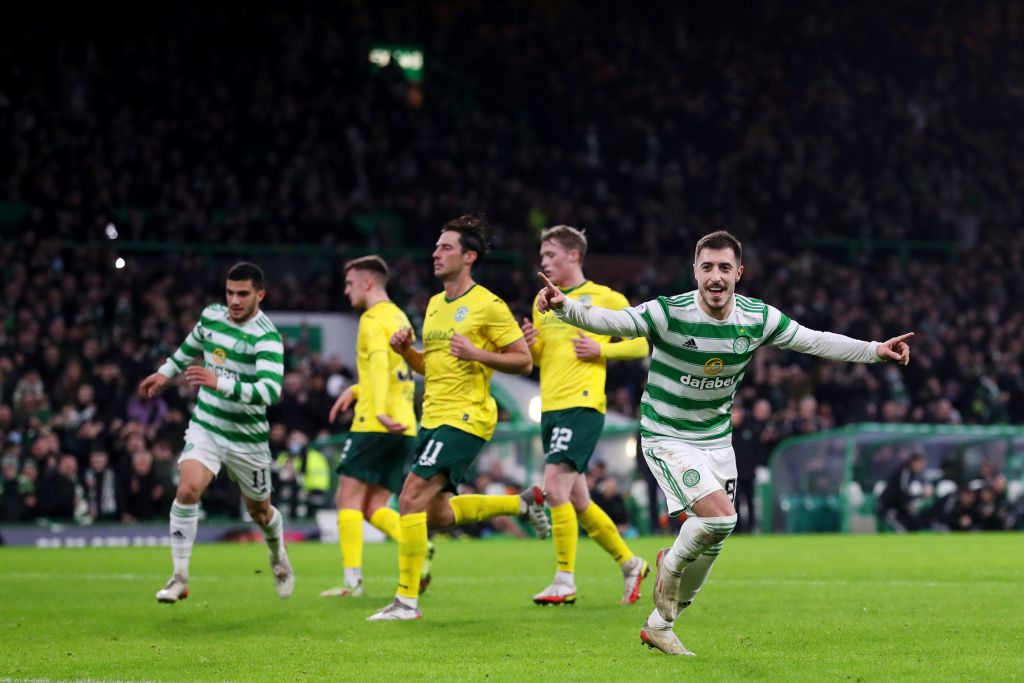 Josip Juranovic of Celtic celebrates after scoring from the penalty spot against Hibs on January 17, 2022 . (Photo by Ian MacNicol/Getty Images)

Celtic will sell if the price is right and the player wants to go and Ange himself has already made the point repeatedly about not keeping players at the club who want to leave. If the club’s valuation of such a player is met then they will be sold. There will be no return to those want-aways situations that left such a bad taste in our mouths the season before last.

So interest? Yes, tick that box.

Celtic’s valuation? Whatever it is the club will know and over the last 12 hours or so that has ranged from at least £15m up to £25m .

But what about Juranovic who was quizzed about leaving Celtic during his recent hugely successful Nations League round of matches for Croatia. Josip didn’t sound like a player angling for a move did he? Here’s a flavour of what Juranovic has said when quizzed – usually during international breaks – about leaving Celtic… 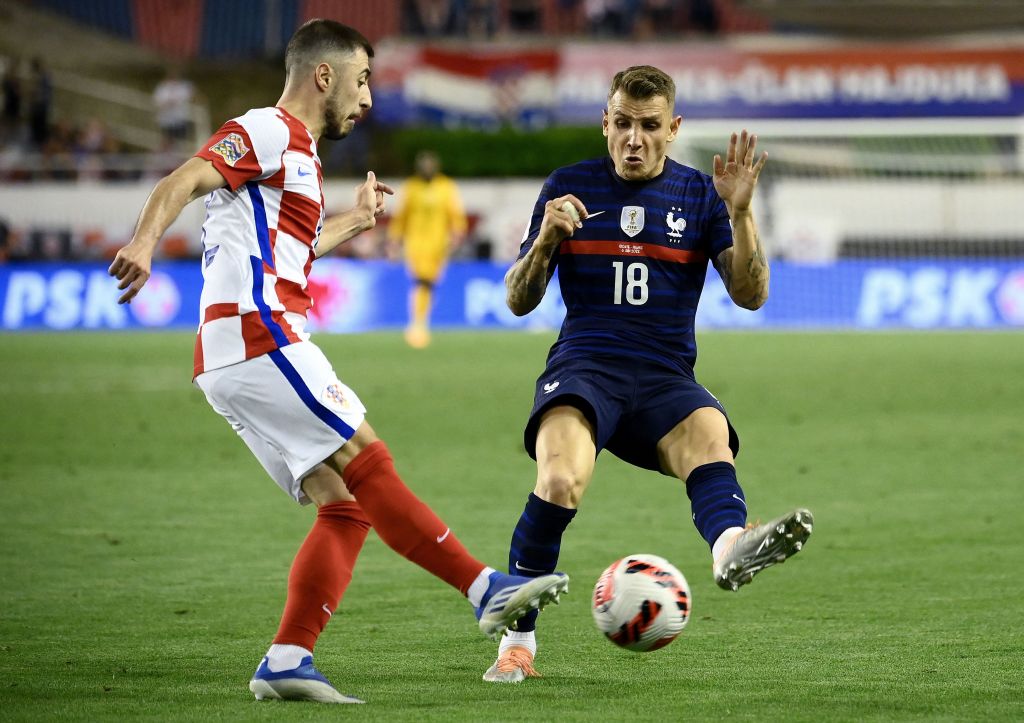 France’s defender Lucas Digne (R) fights for the ball with Croatia’s defender Josip Juranovic during the UEFA Nations League – League A Group 1 football match between Croatia and France at Stadion Poljud in Split, on June 6, 2022. (Photo by FRANCK FIFE/AFP via Getty Images)

“Celtic is a great club. I enjoy it from the first day, I go to training with a smile, I enjoy the club, the city, the fans. Transfer? There are always some stories, but I leave that to my manager, I am at Celtic with all my heart.” Josip Juranovic, quoted by Sportske.

And this morning Croatian sports journalist Ižak Ante Sučić confirmed that Juranovic is not planning on leaving Celtic so soon and has given a very valid reason why the in demand defender is in no rush to swap Celtic for a move south of the border.

“Josip Juranovic to Premier League? Right now – No! As per our sources, Jura is happy in Celtic, he’s plays regular and in less then a year he become fans favourite. Also, he doesn’t want to jeopardise his chances for World Cup in Qatar. Celtic wants at least £15m for Jura.”

💥BOOOM!💥
Josip Juranovic to @premierleague? Right now – No! As per our sources, Jura is happy in @CelticFC, he’s plays regular and in less then a year he become fans favourite. Also, he doesn’t want to jeopardize his chances for WC in Qatar. Celtic wants at least £15m for Jura.

So much in the same way that Celtic let it be known that Kieran Tierney and Odsonne Edouard were players with a £25m price tag attached, Celtic have set the bar at least at £15m with the possibility of reaching the fees achieved for this two players further down the line. 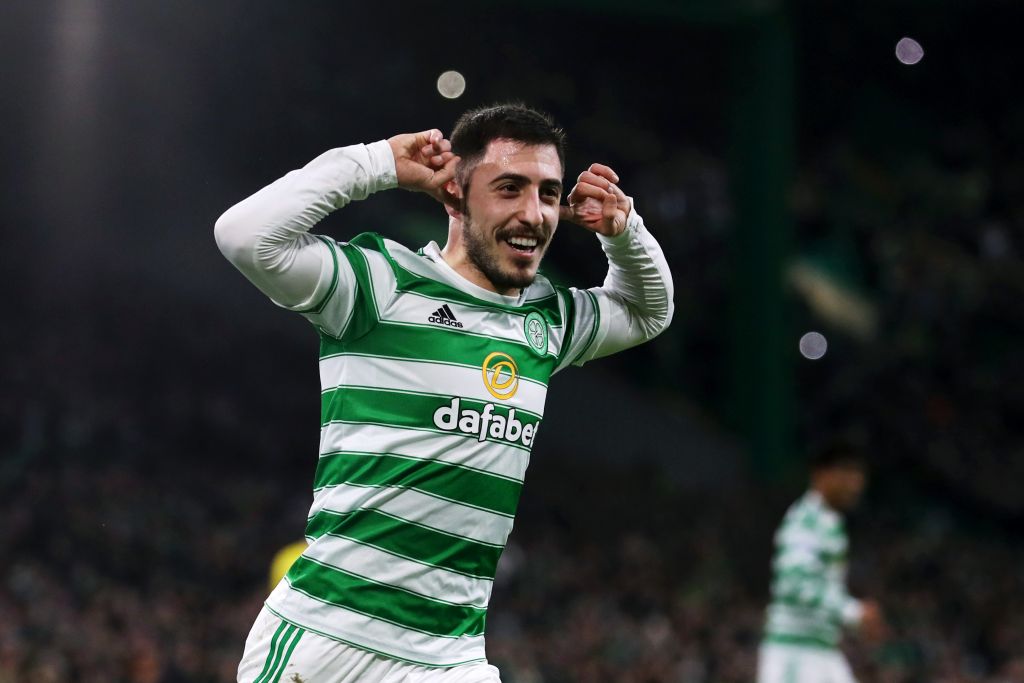 Josip Juranovic of Celtic celebrates after scoring from the penalty spot during the Cinch Scottish Premiership match between Celtic FC and Hibernian FC at on January 17, 2022 in (Photo by Ian MacNicol/Getty Images)

Juranovic appears to have the World Cup high on his list of priorities and if he shines there then Celtic could achieve a much higher transfer fee in either the January window or next summer. So if Josip is happy to stay at Celtic for now and concentrate on playing in the Champions League and then the World Cup before the year is done then it makes perfect sense for Celtic to wait and watch their asset appreciate in value.

A day I’ll never forget – today I got to meet Jota, Celtic’s superstar from Portugal
Michael Nicolson’s challenge that needs solutions found
A quick little left-back. He’s not going to defend like Danny McGrain, that’s not his game’
Previous ArticleMohanad Jeahze might be a better left-back option than Alexandro Bernabei
Next Article Josip Juranovic and the price of success at Celtic