The last week in July 1988 was a busy one for Billy McNeill’s Centenary Double-winning Celtic, as they prepared for the defence of Scottish football’s main trophies and another assault on Europe.

Whilst speculation mounted as to the future of midfield genius Paul McStay – the latest manager to be linked with Celtic’s jewel being Dino Zoff of Juventus – Parkhead boss Cesar was working hard to bring in goalkeeping reinforcements, following the serious back surgery undergone by Pat Bonner.

On 24 July, he arranged for former Scotland stopper, Alan Rough, to move from his USA base with Orlando Lions to join Celtic, some seventeen years after the 19-year-old had defied the Bhoys as Partick Thistle enjoyed a shock 4-1 win over the Scottish champions in the 1971 League Cup Final. 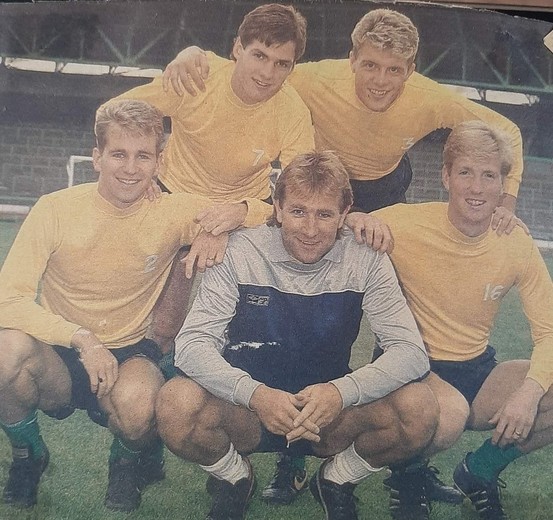 Two days later, he paid Leicester City £300,000 for their England Under-21 goalkeeper, Ian Andrews, the 23-year-old enjoying a fine reputation south of the border.

Andrews was between the sticks in Italy as Celtic played their first pre-season game in the Viareggio tournament on 30 July 1988, a Tommy Burns goal in the second half not enough to prevent the 1987 European champions, Porto, from winning 2-1, a late strike from veteran forward Fernando Gomes taking them through to a final meeting with current European Cup-Winners’ Cup-holders, Mechelen. 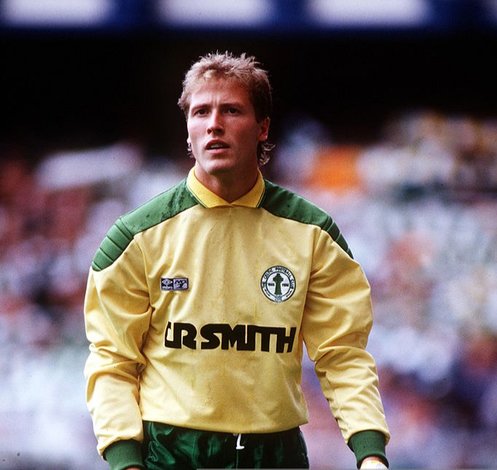 The next day, McNeill’s side, still missing Bonner’s Irish international team-mates Chris Morris and Mick McCarthy following their efforts at Euro88 in West Germany, faced up to the side beaten by the Belgians in that Strasbourg final two months earlier, old foes Ajax of Amsterdam. New keeper Ian Andrews was beaten twice early on as the Dutch threatened to run amok, Andy Walker pulling one back from the penalty spot on 25 minutes. As Celtic chased an equaliser in the searing heat, Mark McGhee saw a tremendous effort rebound from the post to safety.

However, as is often the case, the next goal came at the other end, Andrews badly at fault as he fumbled a last-minute free-kick, allowing Ajax to score a third and decisive strike and consign the Hoops to fourth place. Sadly, it would not be the last time the English keeper would struggle at Celtic. 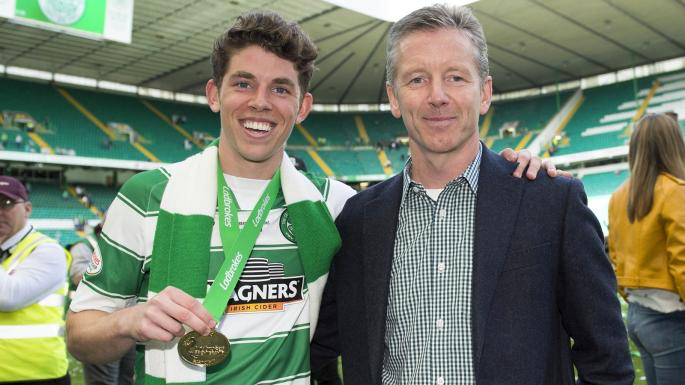 There were a couple of interesting occupants on the substitutes bench for this match. Future Dutch legend Dennis Bergkamp, named after Denis Law by his father, was in the process of establishing himself as a first-team star at Ajax, the 19-year-old later going on to enjoy a fabulous career with Inter Milan, Arsenal and the Oranje international side.

In the opposite dugout, was Charlie Christie, signed by Billy McNeill the previous season from Highland League outfit, Inverness Thistle, for whom he had played against Celtic in a 6-0 Scottish Cup-tie a couple of years earlier. Sadly, Charlie Christie would never play in the Celtic first team, leaving to join Thistle’s rivals, Inverness Caledonian in 1989. Charlie then made his name with the amalgamated Inverness Caledonian Thistle, taking his revenge on the Hoops with a man-of-the-match performance in the infamous Scottish Cup defeat in February 2000. By way of mitigation, he did produce a son in February 1995, who would follow in his father’s footsteps by starring at Inverness Caledonian Thistle, before signing for Celtic in January 2015, our current midfield star, Ryan Christie. 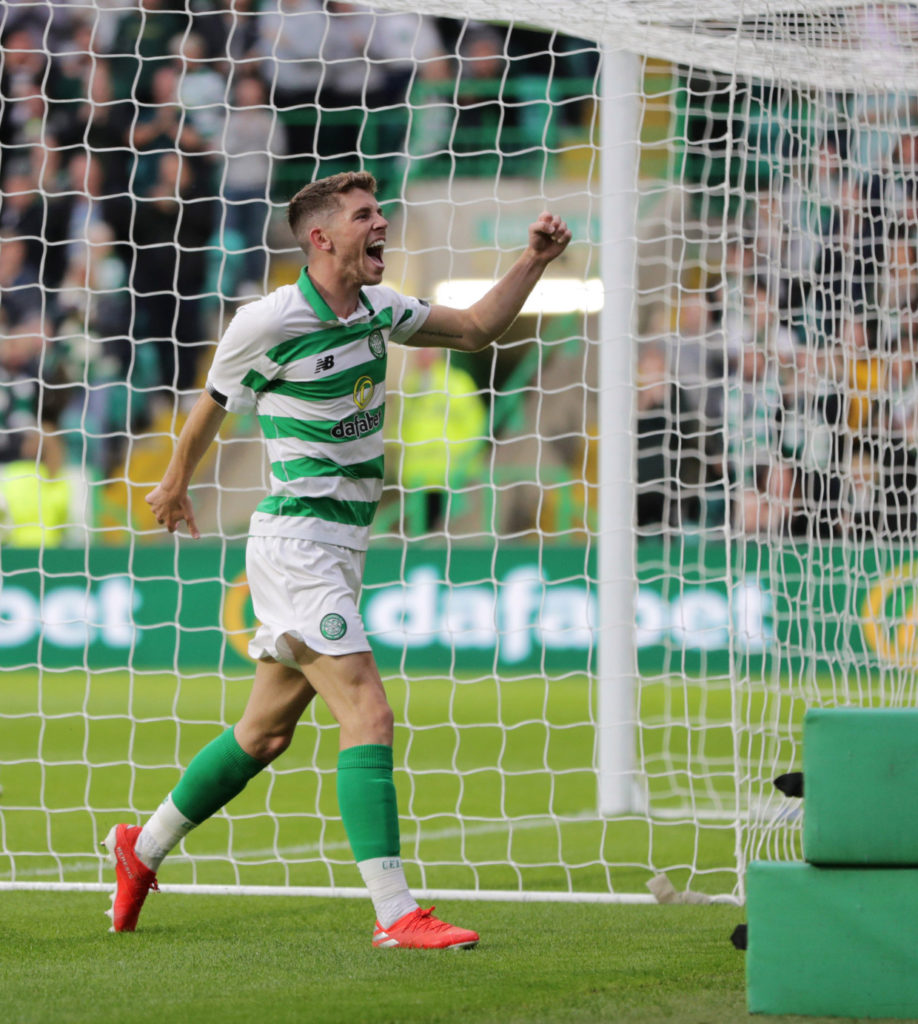 Speaking of babies, there was another event that week which would have implications further down the line for Celtic. On 25 July 1988, Anthony Byrne was born in Dublin. Eighteen months later, he was adopted by his aunt and uncle, Joan and John Stokes, the toddler then taking the family name. The teenage Anthony Stokes would sign for Arsenal, appearing from the bench in a League Cup tie for the Gunners before enjoying a successful loan spell at Falkirk, his late equaliser leading to a penalty shootout win over Celtic at Parkhead.

Roy Keane paid £2m to take his fellow Irishman to Sunderland but the move was not a success, his old Falkirk boss, John Hughes, paying £400,000 to bring him to Easter Road in 2009. Another flurry of goals saw Neil Lennon pay £800,000 to sign him for Celtic on 31 August 2010, Stokes thriving particularly in his spell paired with Gary Hooper, scoring 76 goals in 192 appearances for the Bhoys before being sent on loan to Hibernian in January 2016. 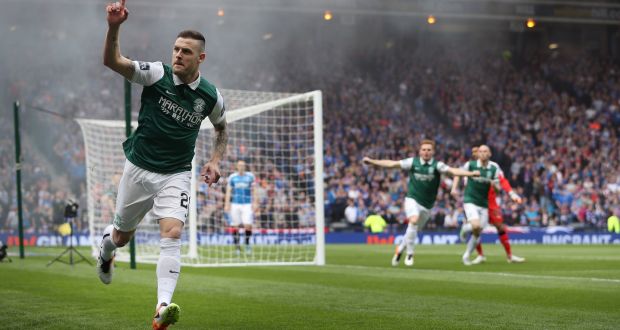 That five-month spell would lead to Stokes entering Easter Road folklore, his two goals and man-of-the match performance in the Scottish Cup Final win over fellow-Championship side, The Rangers, in May, ending a run of failure in that competition which stretched back 114 years. He returned to Celtic at the end of his loan, however, any thoughts of a future there were soon ended, Stokes being freed in June 2016.

‘I have to stay fit and I’ll train well this week to be ready for Cluj,” Jullien…see HERE.